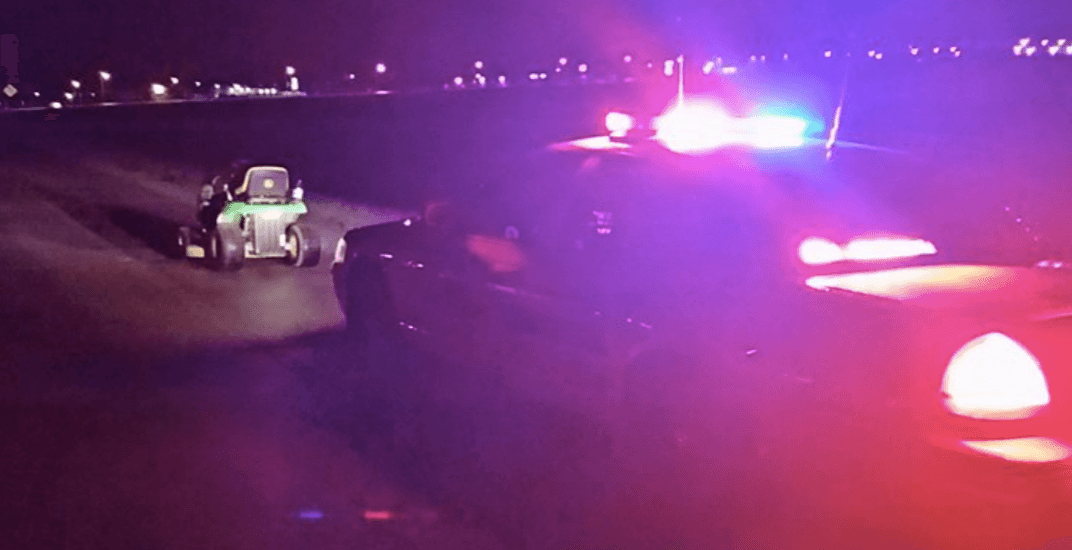 While Manitoba isn’t usually known for making headlines, this guy did all the wrong things to change that.

On July 22, Manitoba RCMP was on patrol when they noticed a man driving a John Deere Mower towards the highway in the community of Headingley at approximately 1:52 am.

The officers pulled over the mower and found a 41-year-old male driver behind the wheel accompanied by a 39-year-old female passenger.

Now, this is where it gets interesting.

Manitoba RCMP reported on Facebook that the driver was on “a ride to get cigarettes at a nearby gas station and felt he was being ‘responsible’ by not driving a car.”

Turns out that the man was under the influence and he was arrested for Impaired Operation by alcohol and charges are pending.

He is expected to appear in court in August.

Remember people, if you’re drunk, driving your lawnmower to get somewhere doesn’t make it any better.