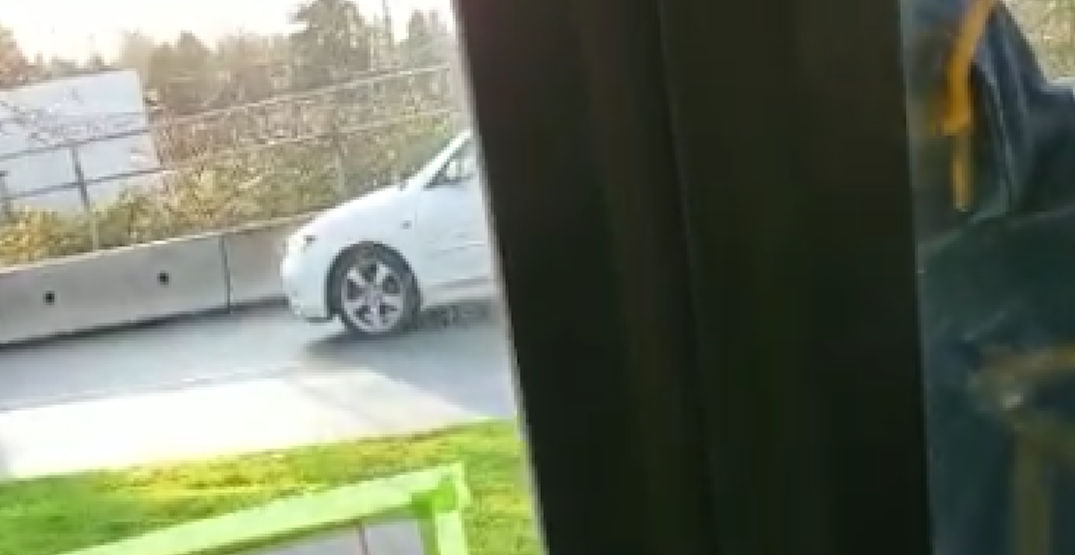 While he noted that “limited information” on the incident is available at this point, Metro Vancouver Transit Police Sgt. Clint Hampton confirmed with Daily Hive that an investigation file has been opened after a man was filmed peeing on the door of a bus Monday morning.

Video of the incident was sent to Daily Hive, with the person who sent it saying it took place “on a Richmond bus in Vancouver at Knight [Street] at Marine [Drive].”

The video demonstrates “some things that drivers have to deal with on top of the pandemic,” the person said.

Hampton said Transit Police “have been made aware” of the occurrence “and a police file has been generated.” An incident such as this would be classified as Mischief under the Criminal Code, according to Hampton.

He noted that he had a “brief” conversation with TransLink about the incident, and “they informed [him] that the bus was immediately taken out of service to be disinfected and thoroughly cleaned.”

Hampton said no further information is available at this time.