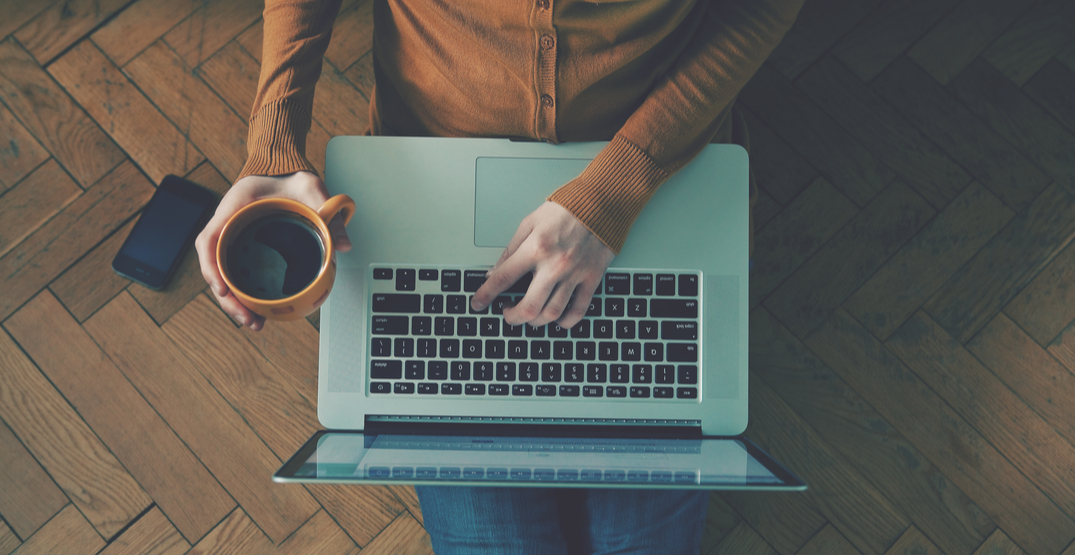 Five days of work and just two days of play doesn’t seem like the ideal scenario for the majority of Canadians — at least according to a recent study from the Angus Reid Institute.

Surveying 1,510 Canadians online between June 8 and 10, the institute found that a slim majority (53%) would prefer if Canada switched to a standard 30-hour, four day work week. Only 22% were opposed.

According to the survey, it has been shown in studies that shortening the workweek could lead to an improved work-life balance and increased overall productivity, though nay-sayers note the importance of being able to differentiate between part-time and full-time employees. 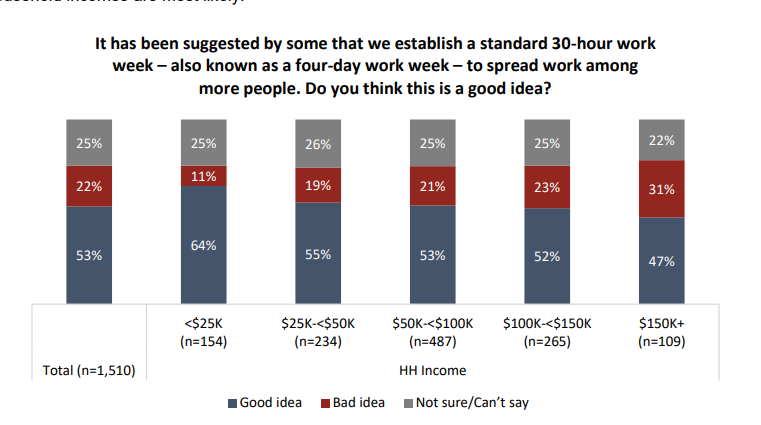 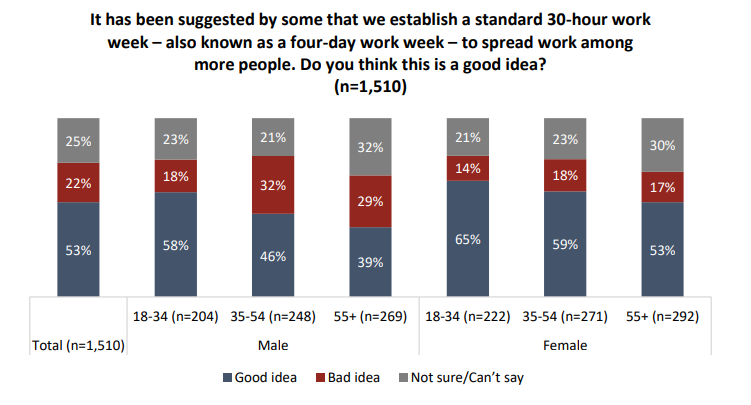 Younger people were more likely to be on board with the idea, as well as those living in Quebec and BC. 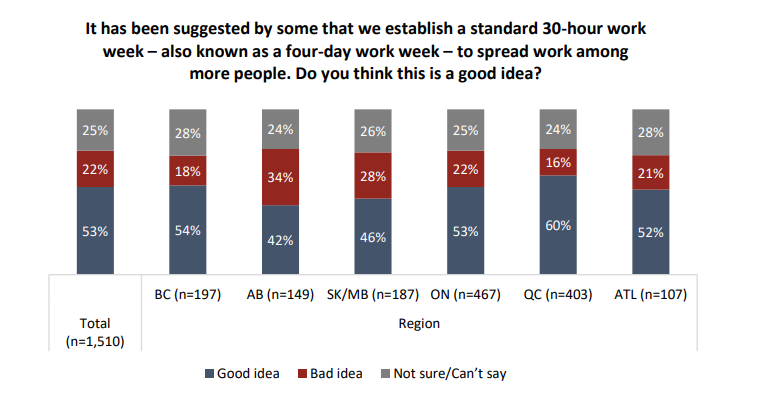 A similar survey had been conducted by the Angus Reid Institute in 2018, and though those who were for the idea still outweighed those opposed, it was only by a margin of 47% to 31%.

The study states that the recent COVID-19 pandemic, and the subsequent government support in the form of the Canadian Emergency Response Benefit that came along with it, may have had an influence on this year’s findings.

The divide between those in favour and those opposed was no more evident than when broken up along political party lines, with a total of 40% of past CPC voters thinking it to be a bad idea, compared to just 13% of Liberal voters, and 9% from the NDP. 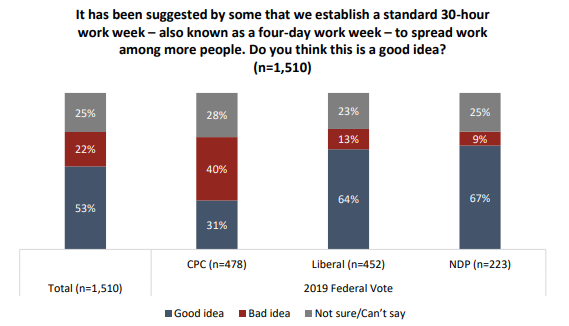 Liberal and NDP voters were nearly neck and neck in favour at 64% and 67%, respectively.