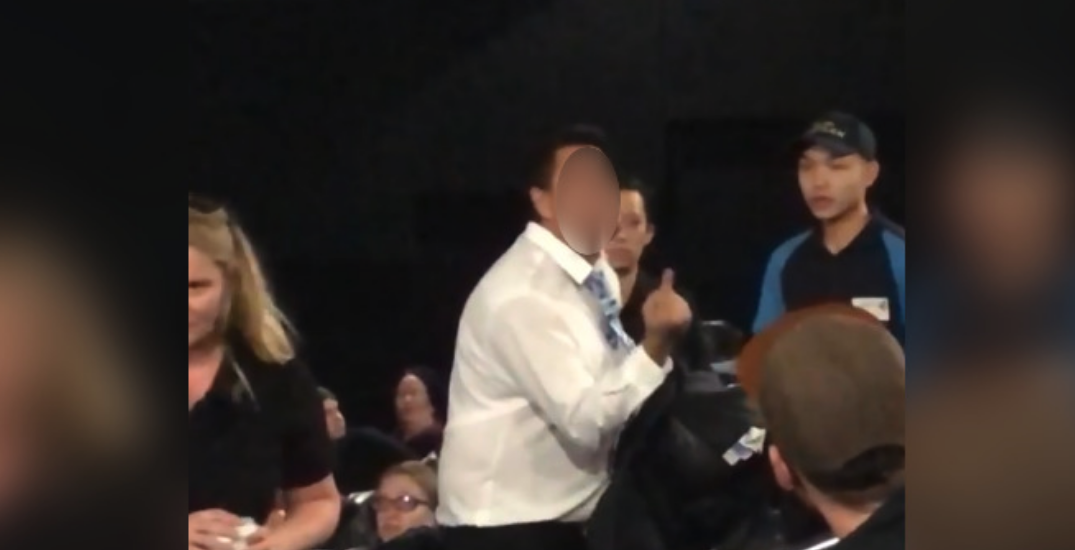 Movie-goers in downtown Vancouver got more than they bargained for during a screening of the new Star Wars film on Thursday night.

According to VPD, the incident took place just before 8 pm, when a man was punched in the face by another patron in an “allegedly unprovoked” assault.

VPD Const. Tania Vinstin said the man who threw the punch was escorted out of the theatre, but when police arrived on scene they were unable to locate him.

A video shared on social media showed the man screaming at at least one person to turn their phone off.

“Turn your phone off,” the man can be heard screaming. “Use your f—ing heads! Welcome to the 21st century!”

The man also yells at the crowd that he is a “real Star Wars fan” and that he had waited “a goddamed year” to see the movie.

Video contains language that may not be appropriate for all viewers.

Vinstin said police arrived on scene but were unable to locate the man. She added that officers are currently reviewing CCTV footage of the incident.