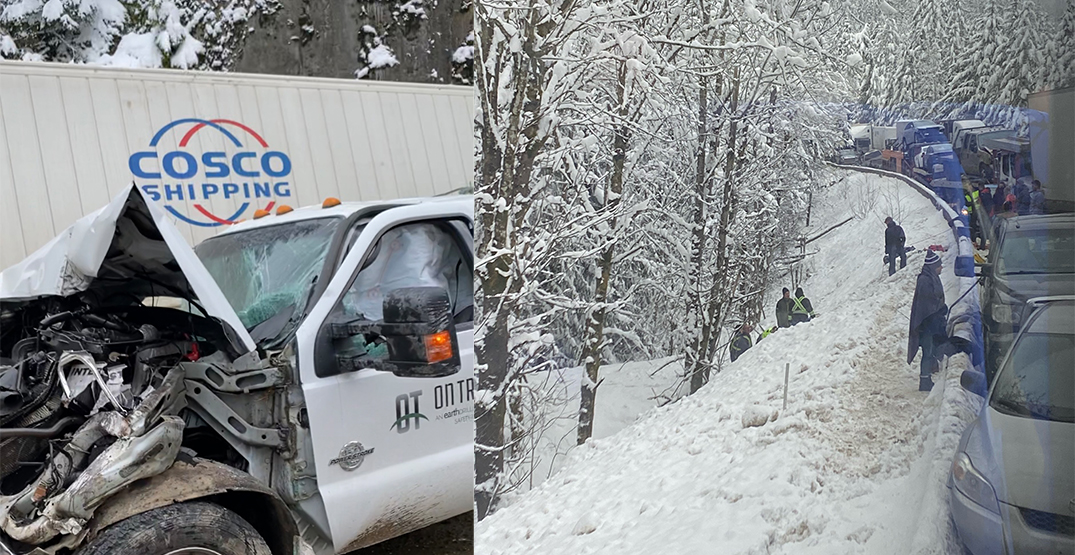 BC RCMP now says the crash started with a semi-truck stopped in the northbound lanes near the highway’s S-shaped curves just north of Hope. A man from South Okanagan driving a pickup truck with his dog inside crashed into the back of the semi.

The man and the dog both died.

“The road conditions in the area of the collision were treacherous and caught many unaware which resulted in a cascading, chain-reaction collision involving at least two dozen vehicles, including passenger vehicles, semi-trucks, and a bus,” Cpl. Mike Halskov said in a news release.

A police officer who responded to the scene also collided with a concrete barrier, and a semi behind him wasn’t able to stop in time. The trapped officer watched in his rearview mirror as the jack-knifed semi crashed into the cruiser.

The officer survived but is injured.

Several more rescue vehicles also became involved in the crash as they made their way to the scene, including an ambulance and two tow trucks.

Five people were taken to hospital with “significant” injuries, according to police. All but one have since been discharged. One patient remains in hospital with broken bones, and is expected to recover.