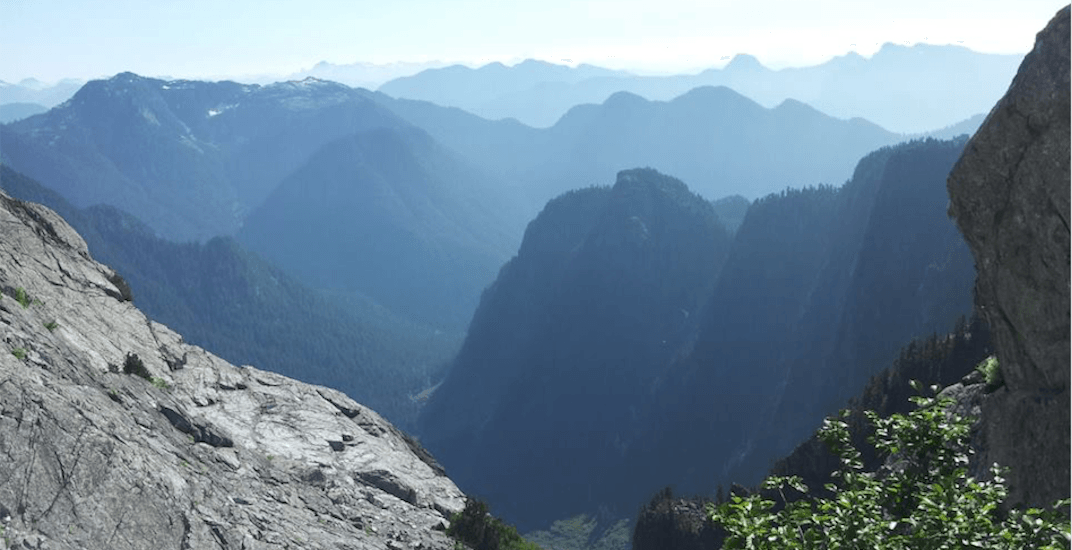 A rock climber fell to his death Wednesday while climbing a route on a North Shore mountain.

The incident began around 2:30 pm, when North Shore Rescue (NSR) was called out after hikers reported hearing calls for help in the area around Crown Mountain.

A NSR heli-rescue team was deployed to the area, and after some searching, members discovered one person stranded on a rock face on Crown and another person in a gully, 200 feet below.

Rescuers deployed a long line to extract the person from the rock face. Once he was safely off the rock, another team was deployed to access the person in the gully. That person as pronounced dead at the scene by NSR’s team doctor.

Crews then interviewed the surviving climber and found out the pair had been attempting to climb a route called the Widowmaker Arete, when the man leading the climb took a fall.

As he fell, four pieces of fall protection equipment were pulled out of the rock, causing him to fall 200 feet – 100 feet below the second climber – landing in the gully below.

“Calls like these are always challenging for all involved,”NSR said in a post on Facebook. “NSR would like to extend our condolences to the deceased’s family and friends. We would also like to thank North Vancouver RCMP, the Coroners Service, Metro Vancouver, Grouse Mountain, BC Ambulance and Talon Helicopters.”

NSR added that there were “a number of members of the public that also assisted with the call, including a hiker who was first on scene to the deceased climber – NSR would like to extend our sincere thanks for their help.”