A man has been fined by Toronto Police after he was caught driving in an HOV lane Wednesday morning on the Gardiner Expressway. With a very observant eye, a police officer working the route noticed something off about the man’s passengers – they were made of plastic.

The driver was stopped a short distance later and police confirmed his occupants were in fact fully-costumed mannequins, wigs and all. He was then ticketed with an HOV offence.

“On a positive note, everyone in the vehicle was wearing a seatbelt,” said Toronto Police.

Staff Sergeant Devin Kealey told the National Post that it was one of the mannequin’s outfits that tipped him off to their true identity.

“The golden rule is if you’re a guy, and you’re going to do this, you’ve got to get your wife to at least dress the mannequins so they don’t stand out as much.”

According to Kealey, the man has done this before but never been caught, aside from the strange looks he gets while going through the Tim Hortons drive-thru.

Certain roads in Toronto now require three or more passengers to drive in the HOV lane due to temporary measures in place for the Pan Am Games.

CityNews Toronto reported earlier this month there has been a spike in sales of mannequins ahead of the Pan Am Games for people to fool the stricter HOV rules. 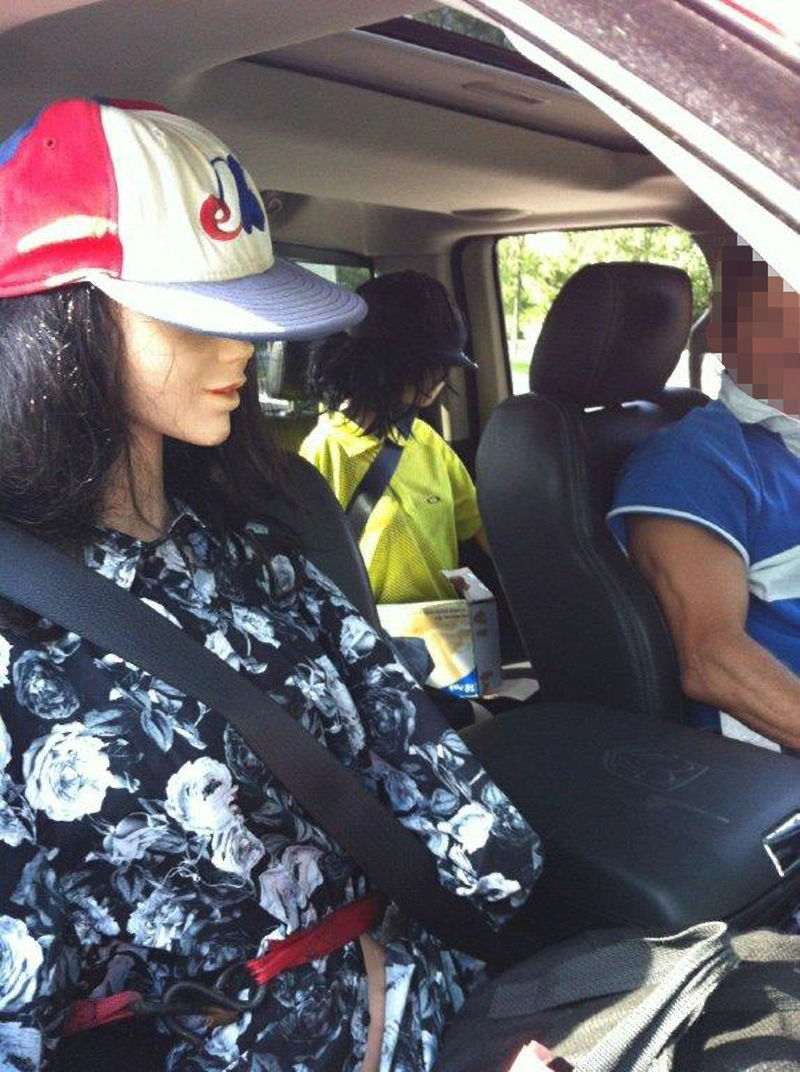