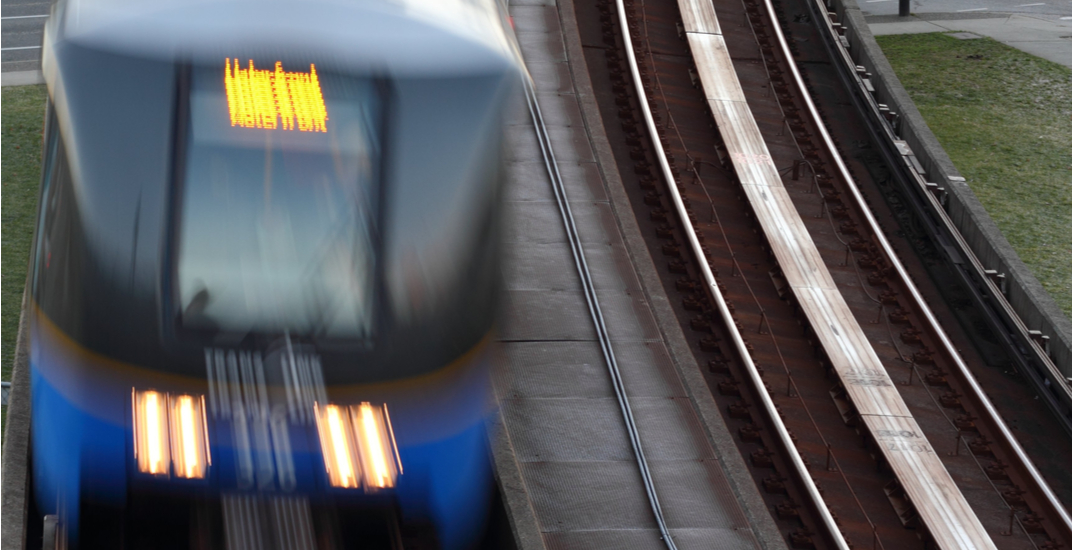 A man who allegedly threatened a SkyTrain attendant with a used syringe in December was arrested this week in connection with the case.

In a release, Transit Police said that around 10:30 pm on December 11, a young woman and her two small children were on the SkyTrain at the Broadway and Commercial Station when a man boarded with his bicycle, and crouched down next to her.

As the train pulled into the Main Street-Science World Station, the woman said she saw the man with a needle, “containing blood and a white substance” in his arm.

The woman “briefly” stepped off the train to tell a nearby SkyTrain attendant about the incident. The attendant then boarded the train and radioed for assistance from Transit Police.

The suspect “overheard the call for Transit Police and allegedly moved aggressively towards him, holding the used syringe approximately 4 inches from the attendant’s neck,” said Transit Police. “He allegedly threatened, repeatedly, to stab him with the syringe, for calling the police.”

The attendant told the supect he had not called the police, which caused the suspect to “back up slightly” before getting off the train at Stadium-Chinatown Station.

Transit Police attended the scene and began an investigation, obtained photographs of the suspect and ultimately identified him.

Metro Vancouver Transit Police recommended charges of Assault with a Weapon and Uttering Threats to Cause Death or Bodily Harm, which were approved by Crown Counsel, and an arrest warrant was issued.

On January 10, VPD officers located 35-year-old Kristopher Frederick Joyce in the Downtown Eastside and arrested him. Joyce is “very well-known” to police, the release added.

“This is an excellent example of collaboration and cooperation between law enforcement partners,” said Transit Police. “We thank the Vancouver Police Department for their assistance in taking this suspect into custody.”