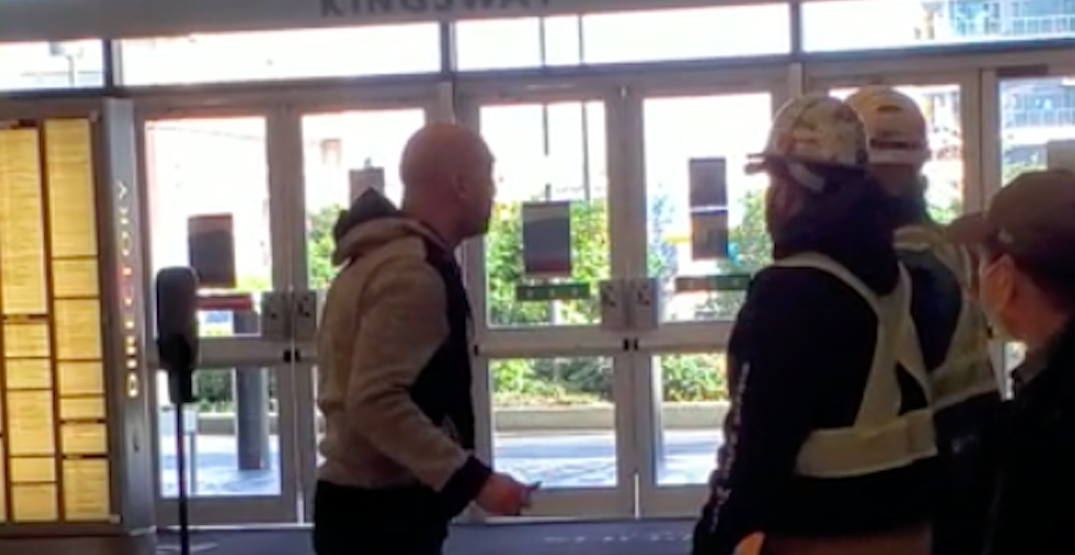 A West Vancouver man was arrested this week after allegedly spitting in the face of another man at Metrotown Mall in Burnaby.

In a statement to Daily Hive, Burnaby RCMP said that just after 11 am on March 22, officers responded to the mall for reports of an assault.

The 48-year-old suspect was subsequently arrested and charged with failing to wear a face covering, as per the Emergency Programs Act.

A video of the incident was captured and shared on social media, and police said they have been “made aware” of this, as well.

“Our investigators are gathering additional evidence and will determine whether assault charges are appropriate,” said Burnaby RCMP Cpl. Brett Cunningham.

The man was released from custody a short time later, Cunningham added, and an assault investigation is ongoing.