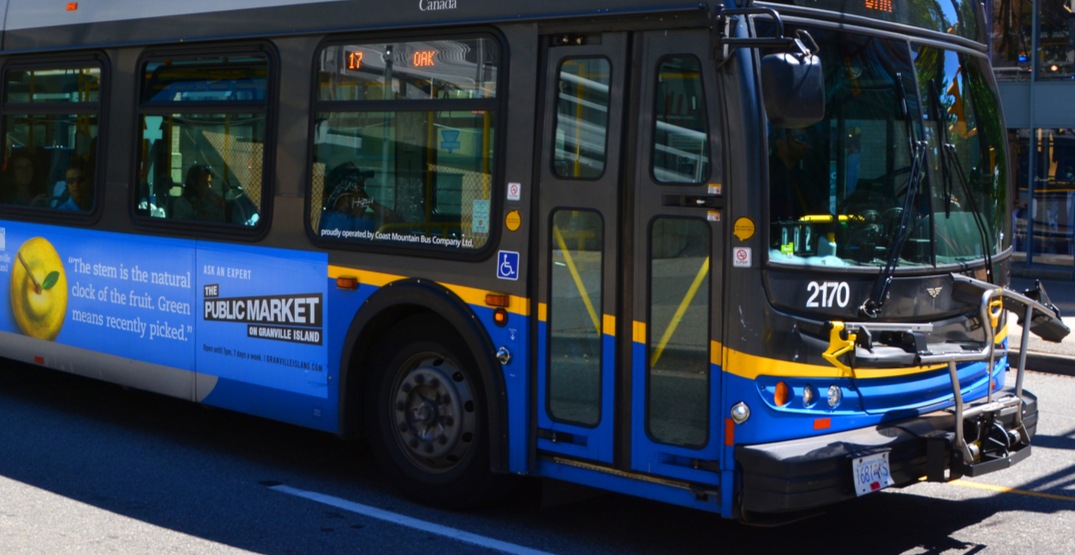 Vancouver police said on Friday that a suspect was arrested following an incident in which a bus passenger was robbed of his backpack, before being “thrown” off the bus by the suspect.

In a brief, police said that the incident happened while the victim was on the bus “early one morning last week.”

The victim was approached by the suspect, who “unzipped his jacket and tried to steal his backpack,” police said. The suspect was ultimately unsuccessful in this attempt and returned to his seat.

Then, as the victim was waiting by the rear doors of the bus to disembark, he was allegedly grabbed by the suspect as the doors opened and “thrown off” the bus,” police said.

The suspect – who had allegedly already grabbed the victim’s backpack again –  fled west on Broadway, and police were called.

A few moments later, an area resident just a few blocks away noticed a man standing on her patio. “When she asked him what he was doing, he told her [he] was changing after [a] nightshift,” police said.

The woman called 911 and at that point, the suspect fled again.

“Based on witness descriptions, officers located the suspect in a lane near Broadway and Yukon,” police said.

Police also located the backpack a block away and returned it to the owner, who “was not physically injured in the incident.”

Police said the suspect was arrested for robbery and taken to jail.