A man has been arrested by US border guards after allegedly attempting to smuggle 53 pounds of MDMA into the United States from BC at the Pacific Highway Border Crossing.

According to US Customs and Border Protection, on June 10 at approximately 11:30 am, a 40-year-old driver  attempted to cross into the US at the Blaine, Wash. border crossing.

The man, driving a Hyundai Santa Fe and accompanied by a 33-year-old male passenger, told guards they were going to visit the US for pleasure. 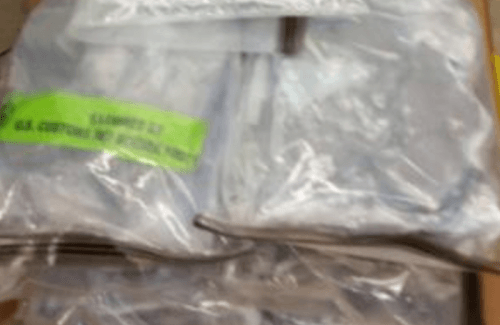 “Based on experience and training, the primary officer referred the vehicle for further inspection,” said US Customs and Border Protection in a release.

During the inspection, said the release, officers found MDMA hidden in a compartment in the vehicle.

Officers then proceeded to seize the drugs and the vehicle, said the release. The driver was arrested and is facing federal prosecution in Seattle.

“This seizure demonstrates the vigilance of our CBP officers and their excellence in detecting those who try to smuggle illegal substances,” said US Area Port Director Kenneth Williams.

“Our officers work tirelessly every day protecting our borders and keeping dangerous narcotics out of the hands of our children.”