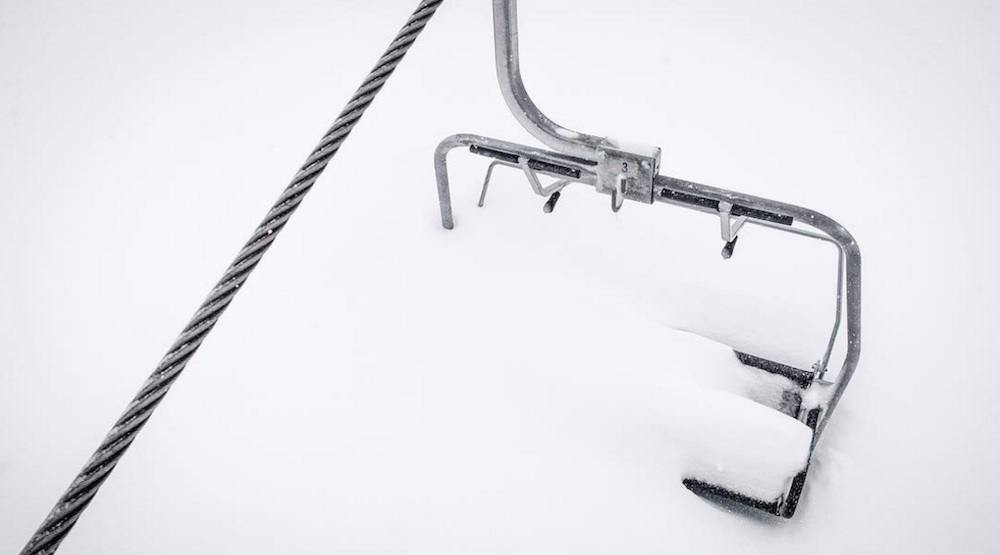 Not even the ski resorts in British Columbia, where Canada’s best ski hills are found, get this wild. A week-plus long moisture system brought rainfall to Los Angeles, but the mountains less than six hours away north of the metropolis have been experiencing a deluge of snow.

By Friday, the Sierra Nevada’s Mammoth Mountain, one of the largest ski resorts in California, recorded over 19 feet of new snow over a 10-day period. Snow continued to fall on Friday and ended just in time for the weekend.

According to social media posts by the resort throughout the week, Mammoth Mountain had to cut down its ski area substantially as its crews could not keep up with the trail grooming needed.

Other resorts in the mountain range also experienced similarly ‘mammoth’ accumulations to the extent that they had to shutter their trails to skiing and snowboarding until conditions were under control.

More than half of Mammoth Mountain’s average annual snowfall fell in the short 10-day period this month, giving it a snow base ranging between 12 feet and 22 feet.

In contrast, Whistler Blackcomb saw about two feet of snow during the same period and it currently has a mid-mountain snow base of just under six feet, and Cypress Mountain in Metro Vancouver has a mid-mountain base of roughly 10 feet.

With the official start of spring still two months away, snowfall this season throughout the Pacific Northwest and Northern California is turning out to be an above-average season.

The precipitation from the recent series of powerful storms has brought much-needed drought relief to California, which has been experiencing a drought for the last six years. The US Drought Monitor says 43% of the state is drought-free, up from just 3% the same time last year.

I think we are going to need a bigger shovel. 8-12 feet in the last 5 days and still counting. #MammothStories 📷 01.09.17 @petermorning #catchthewinterwave #californiasnow

I have never been one for bling, and never rock chains. #powderhound #toodeeptosleep

Most snow in the country 😍🙏🏼16 ft. and counting❄️🎿 It’s days like this I live for!! #goneskiing #epic #mammoth #powder #powpow #snowbunny #winter #winterwonderland