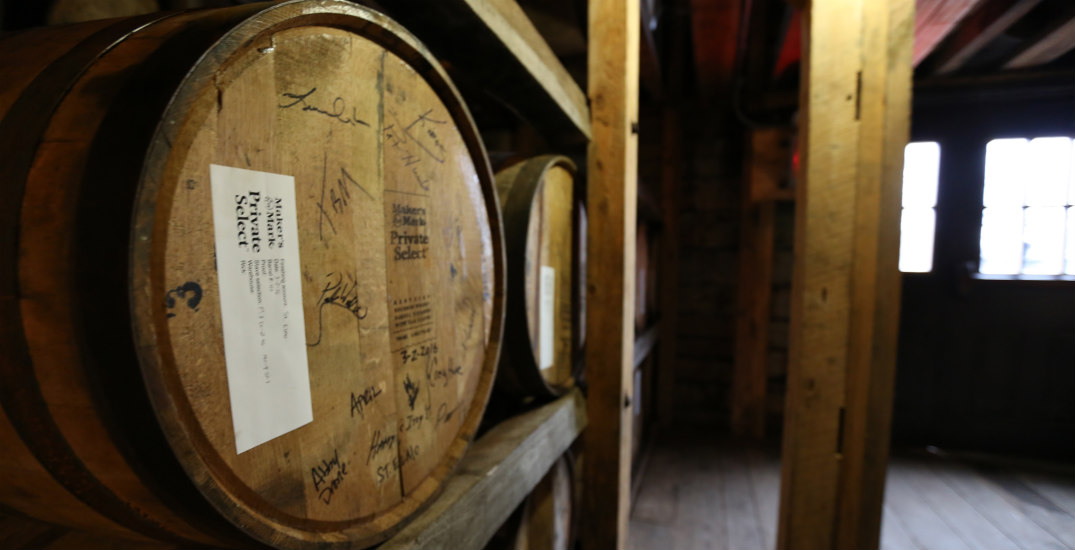 Developing a true appreciation for bourbon whiskey requires understanding both the tradition and process behind how it’s made and the flavour characteristics that make it unique.

No two distillers follow the exact same crafting method, and this, coupled with geographical location, is what influences the unmistakable flavours of their offerings. At the Maker’s Mark bourbon whiskey distillery in Loretto, Kentucky, the techniques applied today have been in place since production began in 1954.

There’s a rich history behind every bottle of Maker’s Mark bourbon. The family behind Maker’s Mark has been producing whiskey for eight generations, in Scotland, Ireland, and the US.

A slow and deliberate process 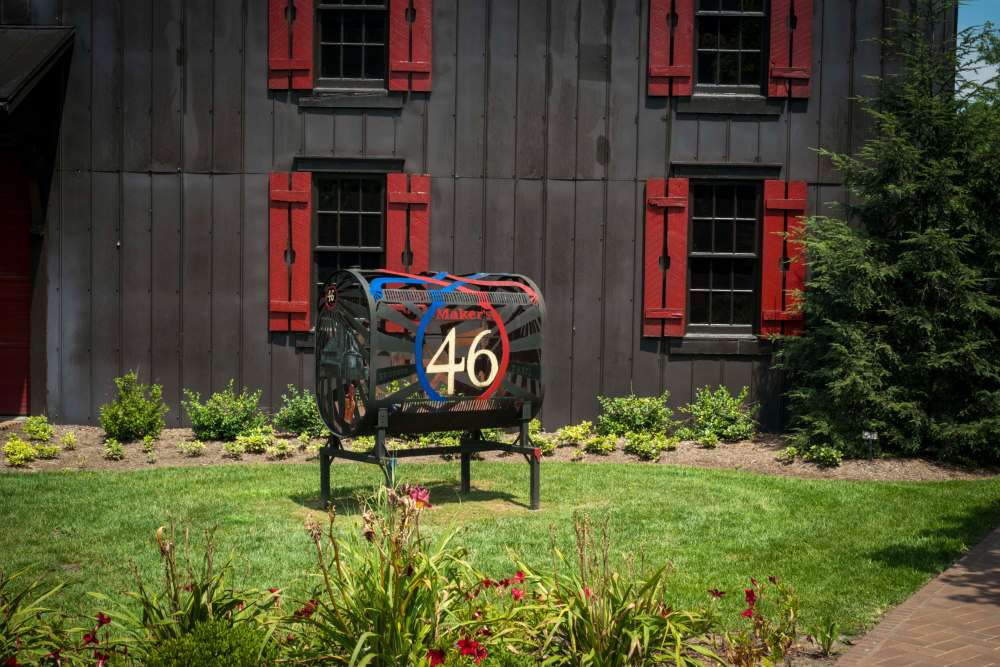 Today, tradition remains a strong part of the crafting process at what Daniel calls their “purposely inefficient” distillery, from scratch to the bottled product.

“Our grain selection is very strict,” Daniel explains. “We only buy it from the same farms that they were purchasing from back in the 1950s, which is great because we’ve built that relationship with these farmers over generations.”

The majority of this grain comes from within eight to 100 miles of the distillery. This allows experts at Maker’s Mark to physically check on the grains, giving them control over the process. 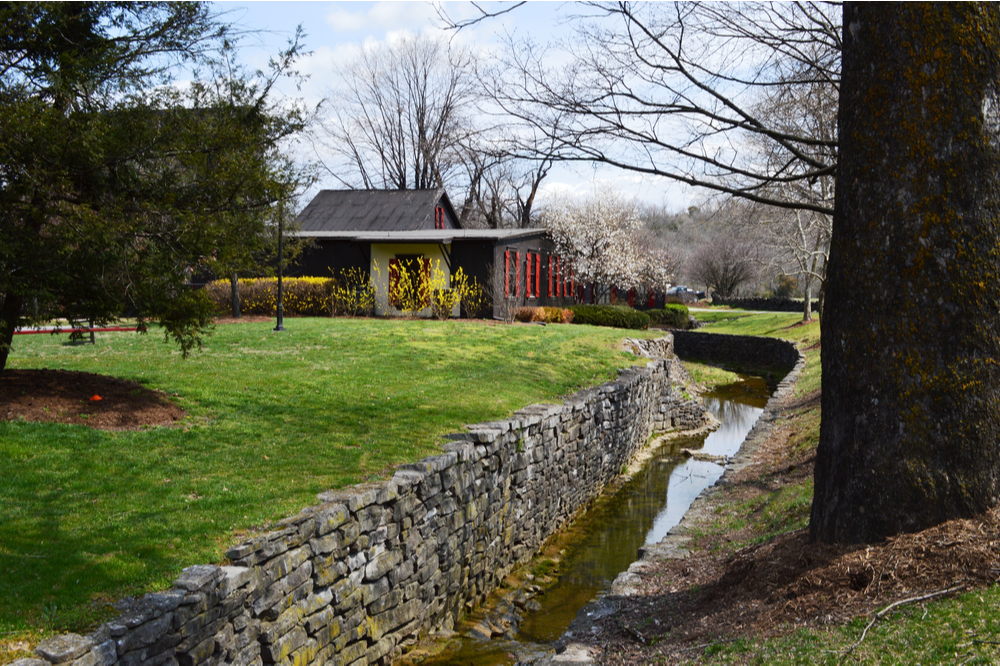 All of the water used by the distillery is pulled from an on-site water source, which runs over a limestone shelf. “We’re actually the only major bourbon distillery in the United States to own our own water source and watershed,” says Daniel.

Kentucky’s limestone shelf allows iron, which can impact the flavour, to be filtered out from the water naturally. The pure calcium- and magnesium-rich water from spring-fed lakes on the hillside next to the distillery is the foundation for a “better sour mash.”

For those new to whiskey, sour mash is a process that uses material from an older batch of mash to start the fermentation of a new batch, much like a starter in sourdough bread. This process gives the final liquid a sweeter, deeper flavour.

Next, to ensure no scorched mill gets into the production, Maker’s Mark uses a roller mill for its grains before distilling the beer that will eventually become distillate. “This is a much more arduous process,” Daniel notes, “ensuring that Maker’s Mark has no bitter qualities.” 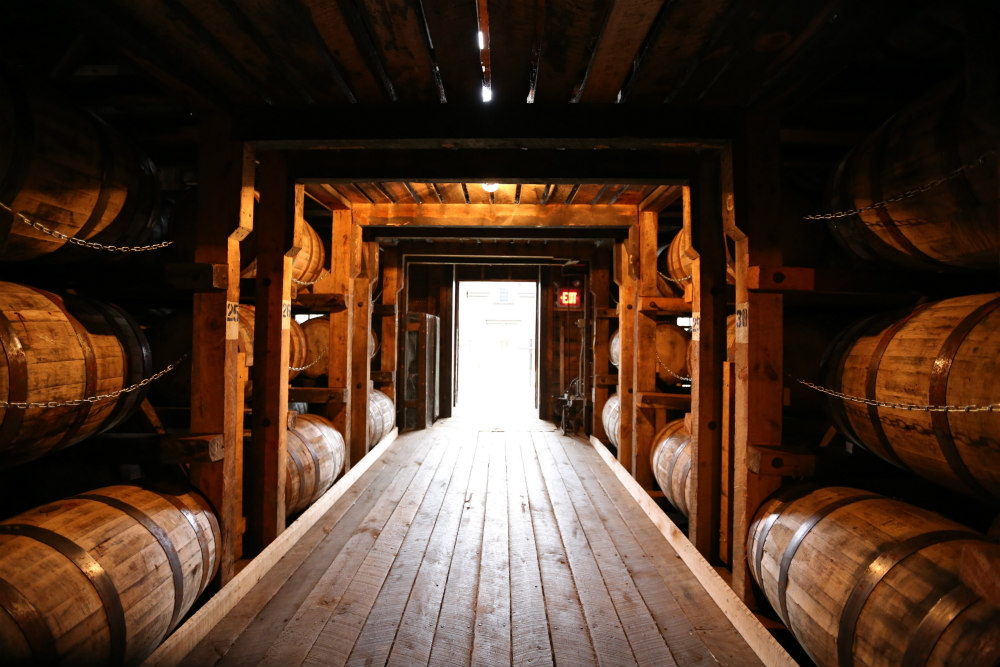 Consistency, Daniel says, is what Maker’s Mark is all about. “We want to make sure that our barrels are maturing at as consistent a level as possible, the whole way across our warehouses.” To do this, every single barrel is rotated by hand at the distillery’s warehouses.

“We’re only looking at about 1,000 gallons per batch,” says Daniel. “It gives us that peace of mind that we know no matter what stave combinations come up, the base of what we’re starting with is perfect.” He notes that yeast carries flavours through to the end — after the liquid has been matured for five-and-a-half to seven years. 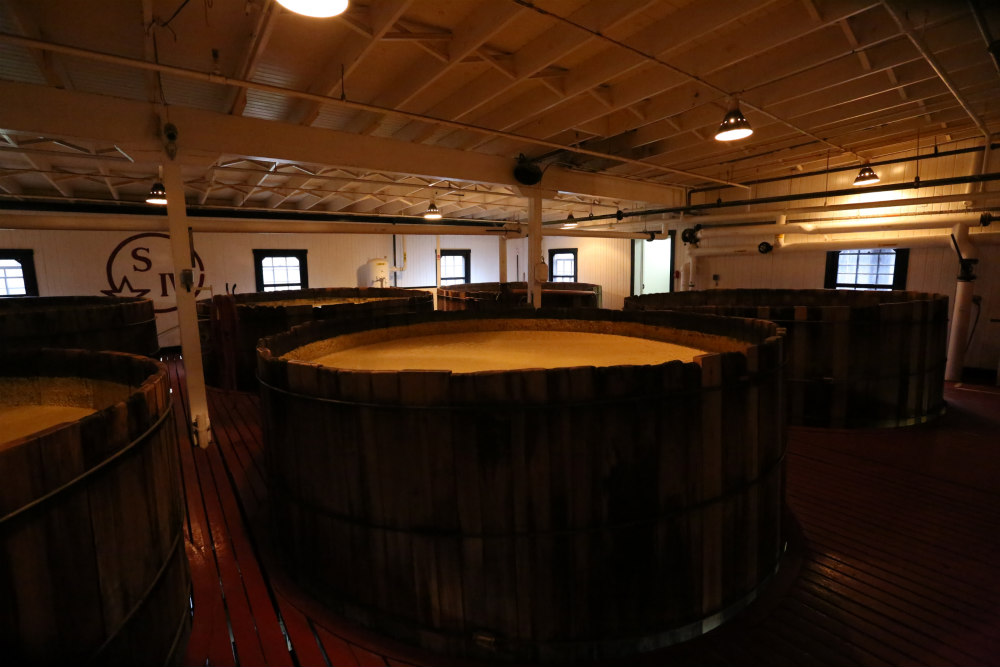 Brand new barrels are used every time, leading to a higher concentration of flavours. “It gets pretty hot in Kentucky in the summer and pretty cold in the winter, so you’re getting big swings in temperatures, which is going to force a lot of interaction with the wood,” Daniel adds. 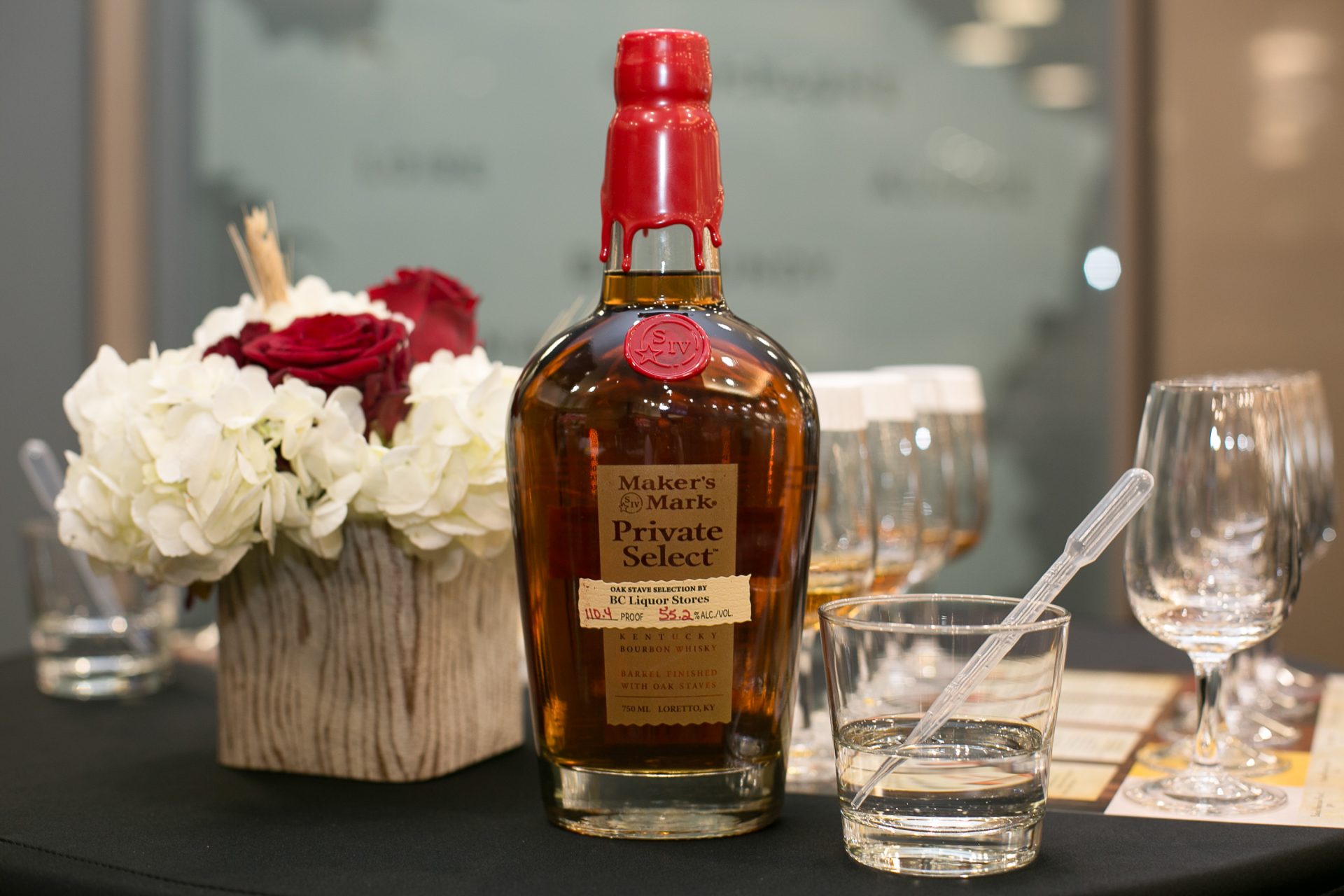 The opportunity to create bourbon customized for the province of BC has inspired the British Columbia Liquor Distribution Branch (BCLDB) to collaborate with the distiller to create not one but two exquisite Maker’s Mark Private Select expressions.

For those who are new to bourbon, don’t let the impressive tasting notes keep you from discovering what works for you. Daniel says, “Don’t be afraid to play with it, and don’t be afraid to let it grow on you.”

Maker’s Mark Private Select BCLS 1 and BCLS 2 will be available in select BC Liquor Stores as part of the 2020 Premium Spirits Release beginning November 14. Each 750ml bottle retails at $84.99 plus taxes. As both bottles are limited-run expressions, only 486 bottles of each custom liquid have been produced, so you can bet these bottles won’t last long on shelves.