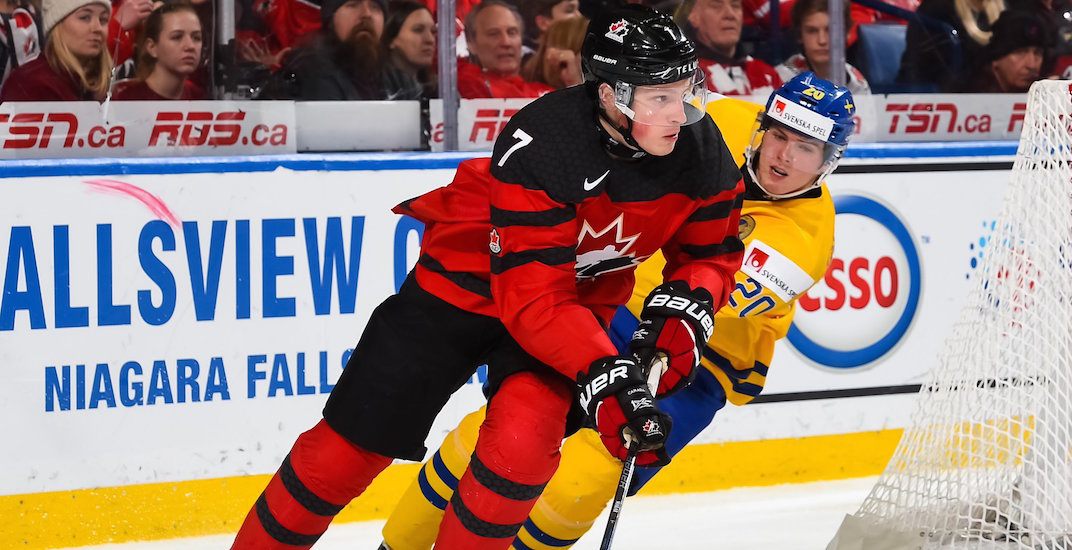 Bet they didn’t see this one coming.

As Hockey Canada prepares to announce the list of players that will represent our country at the Winter Olympics next month, it appears one player has said ‘thanks but no thanks.’

Cale Makar, a 19-year-old defenceman who recently starred for Canada’s gold medal winning team at the World Juniors, has reportedly declined a spot on the Olympic team.

Sources say Hockey Canada offered Dman, Cale Makar a spot on the Olympic team. However, it sounds like he has respectfully declined.

The only Canadian to be named to the World Juniors tournament All-Star team, Makar was reportedly the lone junior-aged player asked to participate on the team.

The Winter Games in PyeongChang will be the first without NHL participation since 1994. Makar, who led all defencemen in scoring at the World Juniors in Buffalo with eight points in seven games, was expected to be a power play option for the Olympic team.

Instead, it appears Makar is remaining loyal to his college team at UMass-Amherst. But in doing so, the Colorado Avalanche draft pick is perhaps giving up the chance of a lifetime.

This decision has caught a lot of people by surprise. While it’s his right to choose, Makar could have returned to NCAA competition in time for the playoffs. He’s in his first year with the team though, and had been away for a month already at the World Juniors.

Hockey Canada will announce the Olympic roster at a media conference in Calgary on Thursday morning.