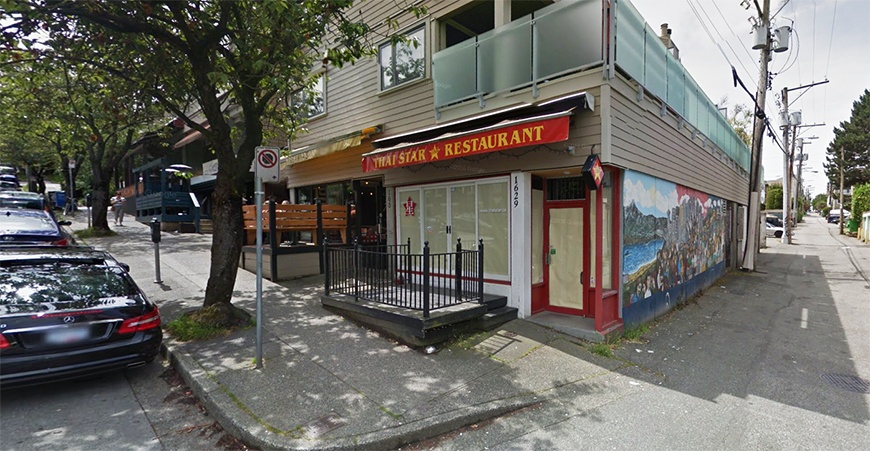 “We started an Instagram account (@maknming) a couple of years ago which has received a lot of positive feedback so we decided to have our first restaurant share the same name,” say Cheng. “Mak” is short for “Makoto” and “Ming” is my anglicized Chinese name,” adds Cheng.

The restaurant is intimate at about 850 square feet, and will boast inside seating for 30 people. Cheng and Ono are working to get their patio open to allow for another six seats.

The interior has been designed by Scott & Scott Architects, the design company responsible for the interiors of Mister, Torafuku, and others. “Guests should find the room to be natural, inviting, cozy, and comfortable,” remarks Cheng.

“We are excited to feature local red cedar and marble from Vancouver Island,” adds Cheng.

The menu will focus on French and Japanese flavours and techniques. There will be a seasonal Chef’s menu as well as a selection of a la carte choices, featuring carefully picked ingredients. The Chef’s menu will also highlight some more premium components from either local or global sources.

Drink wise, wine pairings will be available, which may feature sakes and playful spirits from time to time.

“We are constantly creating and tweaking the menu as we are always evolving as chefs. For Makoto, being Japanese-Canadian plays a big role in his cooking style. As for me, I pull inspiration from all over the globe but through the lens of someone born and raised in Vancouver,” says Cheng.