In the early college days, Walshy Fire started selling dancehall tapes in Miami that he grabbed from summer vacations in Jamaica. What started off as a way to make extra money on the side would soon lead to a move from distribution of music towards a career in MC’ing.

Ultimately, the passion that arose from the early dabbling in MC’ing would lead Walshy Fire to leave a lucrative marketing job at IBM and move towards integrating those lessons into his Grammy award winning group, Black Chiney Sound System. His success would then pave the road his most famous venture ponning de floors worldwide as a member of a venture between Diplo, himself, and Jillionaire known as Major Lazer.

Playing this solo show at 303’s intimate space, Walshy Fire will be putting on display a side that features more of his skills and inspirations, than theatrics. You can think of this as a behind the scenes glance — or an experimental proving ground — and you yourself as the audience to the sounds that will continue to shape his group projects. Bringing together sounds from the Caribbean, from global touring as Major Lazer for the Mad Decent label, and from experiences such as being a member of the Miami New World Symphony, this is sure to be a unique live show. 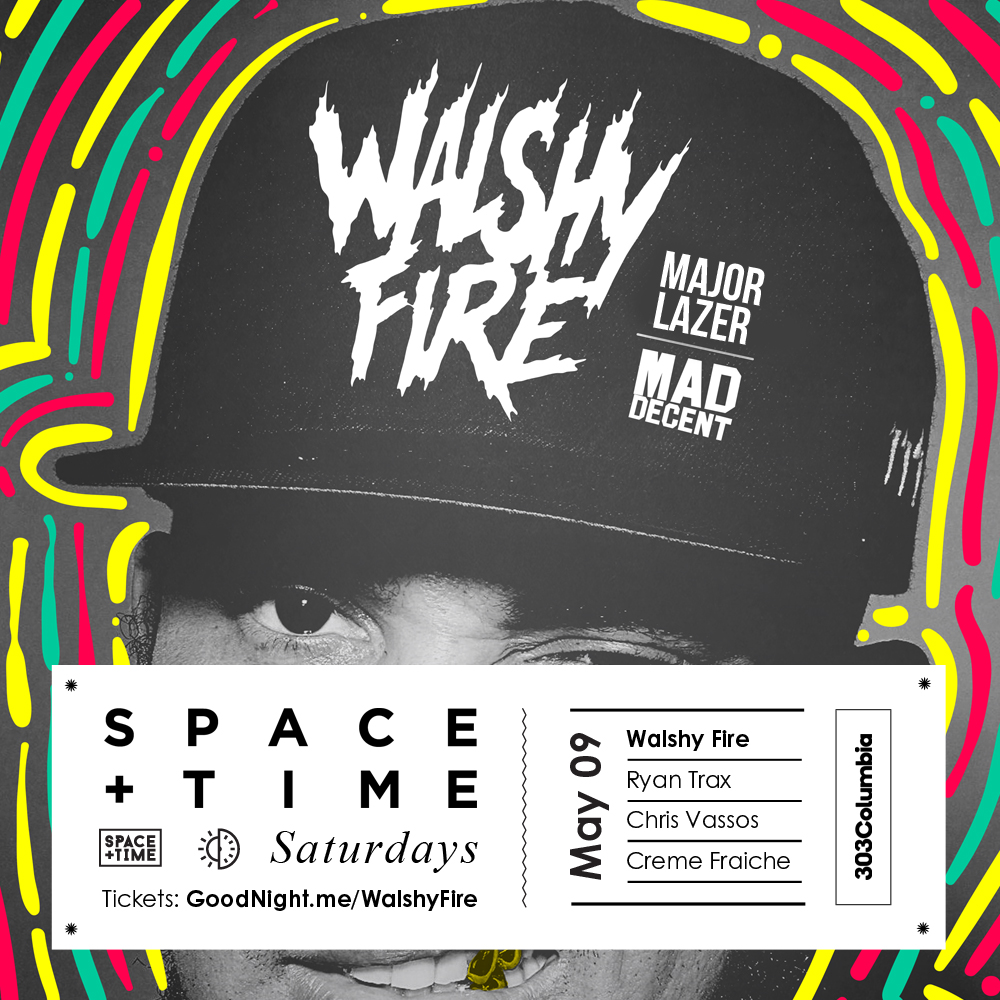