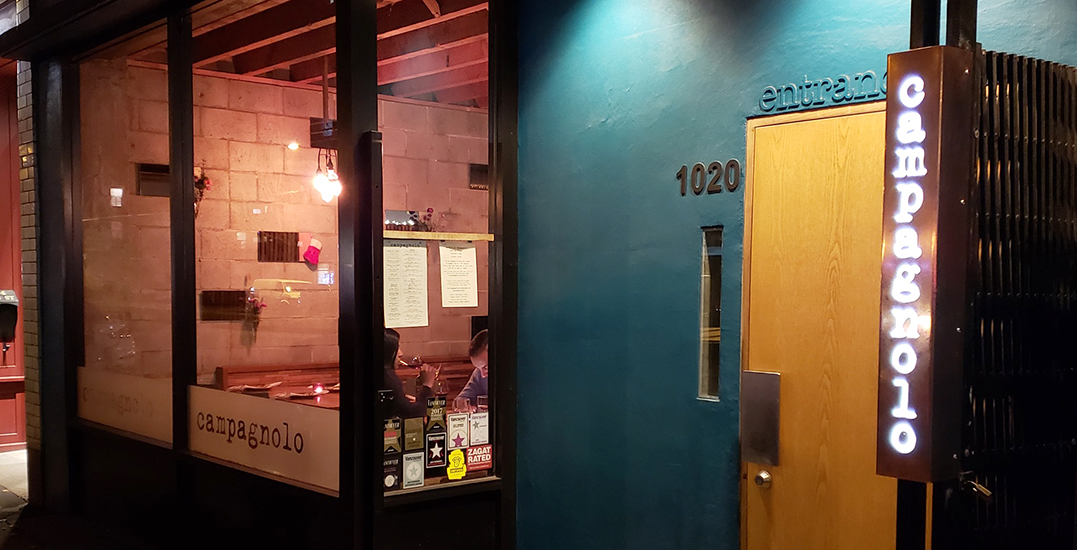 One of Main Street’s longstanding institutions announced this week that it would be closing its doors.

On Wednesday, Italian restaurant Campagnolo shared the sad news that they would “not be opening again.”

The 1020 Main Street establishment opened in 2008 and stole the hearts (and stomachs) of diners in Vancouver.

In a heartfelt message on social media, owners Robert Belcham and General Manager Tim Pittman shared their thanks with customers and staff.

“In a perfect world, we would give notice to everyone, to give you all a chance to see us one last time,” writes the duo. “Well, the world has certainly set us on a different path and we are not able to do so.”

The owners also left a message painted near the storefront, thanking the Vancouver and Main Street neighbourhood, as well as many of its patrons, staff, and suppliers.

Belcham and Pittman haven’t announced any plans but say that they “look forward to seeing you in the future at new restaurants.”