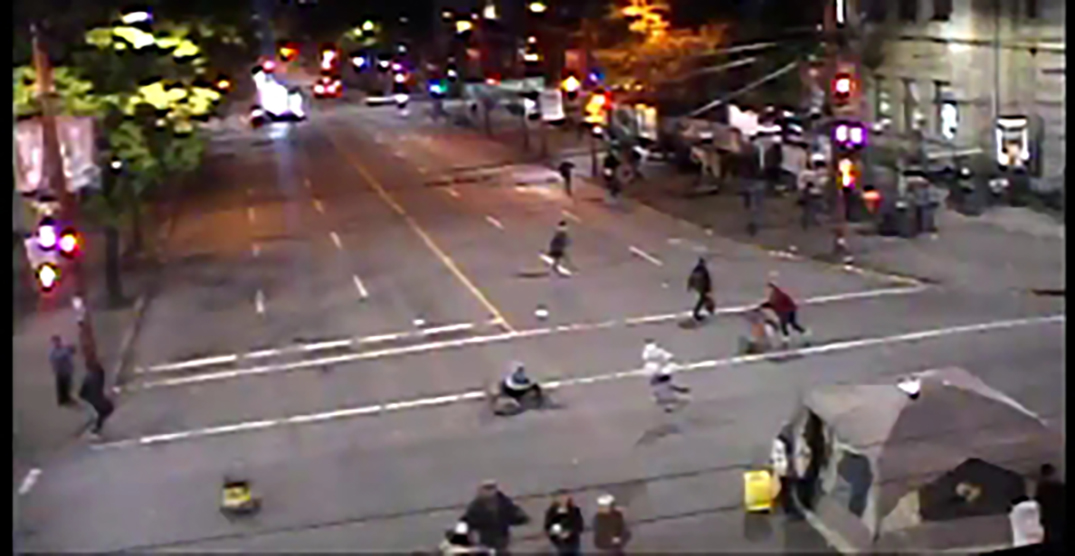 A number of protesters were arrested on Wednesday after a demonstration was held in downtown Vancouver.

The Vancouver Police Department (VPD) says that approximately 25 protesters blocked the intersection of Main and Hastings streets. The demonstrators say that they were protesting alleged mistreatment of homeless people by police.

“We’re resisting the ongoing suppression of the most vulnerable peoples and those we should be holding up rather than pushing down,” Chrissy Brett, who lives in the Strathcona Park encampment, said in a release.

Brett says police held her in custody for five hours last week on an administrative warrant. When a supporter attempted to deliver a letter, the Carnegie Community Action Project says that the person was allegedly pushed by officers and broke their ankle.

Protesters arrived at the intersection around noon and had intended to set up tents and stay overnight at the intersection. VPD says that the protest ended at approximately 11 pm, however, and that most people involved had left the area.

Constable Tania Visintin, VPD spokesperson, told Daily Hive that three people were arrested for Breach of Peace and one person was arrested for Intimidation and Obstruction.