According to the U.S. Geological Survey, the seismic event had a depth of just 10 kilometres and was 182 kilometres west, southwest of Bella Bella. The earthquake was along the Queen Charlotte Fault where it intersects with the Explorer Plate.

No tsunami warning has been called and there are no reports of damage.

This was the most powerful earthquake to strike B.C. since the magnitude 7.8 event on October 27, 2012. That event was also centred at Haida Gwaii, on Moresby Island. 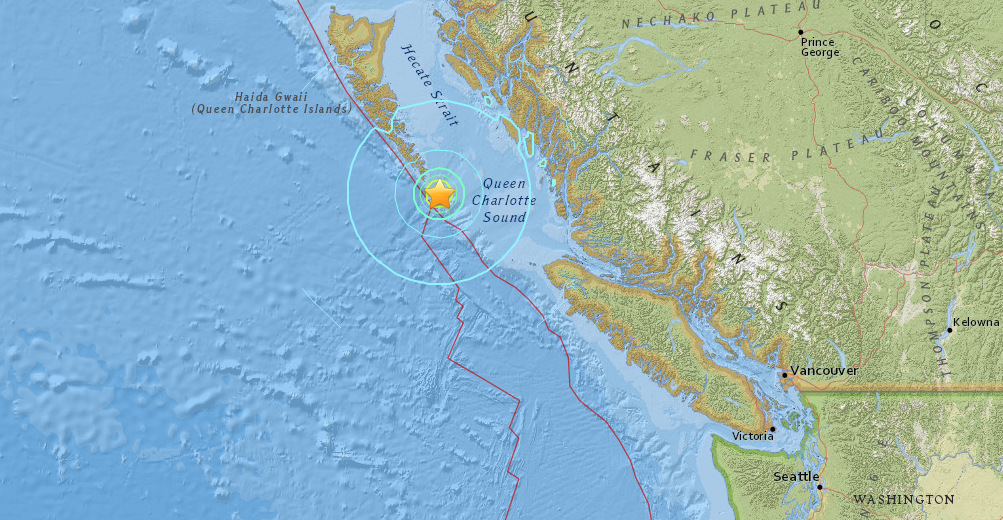