A magnitude 4.2 earthquake has been detected off the coast of Vancouver Island on Saturday evening.

According to the U.S. Geological Survey, the undersea tremor at 5:49 p.m. had an epicentre 200 kilometres west of Port Hardy and a shallow depth of 10 kilometres. No damage is expected given the location and magnitude of the earthquake.

The area has been a seismic hotspot over the past month. A swarm of seven magnitude 4.0 to 5.1 earthquakes hit the area from December 20 to 22 and a magnitude 5.2 event also occurred yesterday morning. 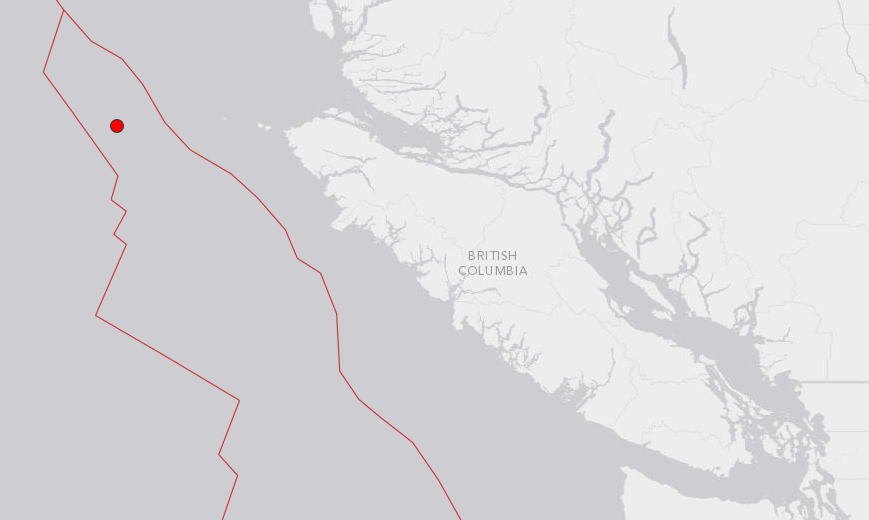 All of these earthquakes were within the small northern area between Haida Gwaii and Vancouver Island – where the Juan de Fuca plate is pushed underneath the North American Plate by the Pacific Plate.

A seismologist recently told Global News that there has been more seismic activity in the area since the Haida Gwaii earthquake of October 2012.

Thousands of earthquakes hit B.C. each year, but only a small fraction of the events measure a magnitude of 3 or greater.

In some cases, smaller earthquakes precipitate larger earthquakes, such as the magnitude 7.3 seismic event that hit the coast of Japan on March 9, 2011. Two days later on March 11, the powerful magnitude 9.0 earthquake occurred and caused a devastating tsunami that reached far inland. In the weeks and months after the main event, Japan detected more than 900 aftershocks.