Many of us may remember Mac’s as Mac’s Milk, and now the Canadian convenience store chain is about to embark on a whole new identity, as its parent company, Quebec’s Couche-Tard, announced they are rebranding all their stores as Circle K.

Look for a new unifying Circle K logo with the change, too, which the company hails as being “clean, fresh and relevant.” Couche-Tard explains the logo strategy:

The strong red color in the logo harks back to the Couche-Tard, Mac’s and Kangaroo Express logos. Red has long been recognized as a color associated with convenience retail. The orange color in the logo comes from the Statoil brand. It accents, underlines and brings distinctiveness to lift our color scheme above the ordinary. The warm colors in the scheme merge and become reminiscent of the sunrise – inspiring, every day.

And you thought it was just where you popped in to buy smokes, pop, and gum. 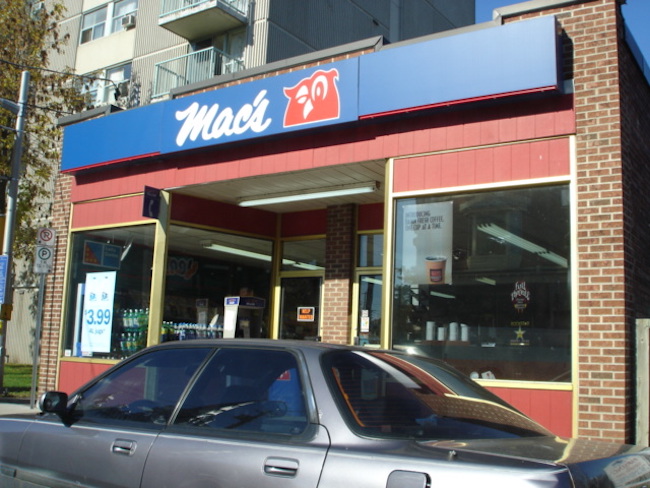 Consumers in Canada will start seeing the Circle K emerge in May 2017. Prior to that, the new branding will roll out in the U.S. in January 2016, and in Europe in May 2016.

Mac’s was first incorporated in Ontario in 1962, with the chain growing, selling, and expanding over the next several decades to dominate the Canadian convenience store industry. Couche-Tard purchased the company in 1999, and with that company’s purchase of the U.S. Circle K stores in 2004, grew to be the largest convenience store business in Canada by 2007, and the second-largest in North America. There are 57 Mac’s stores in British Columbia.