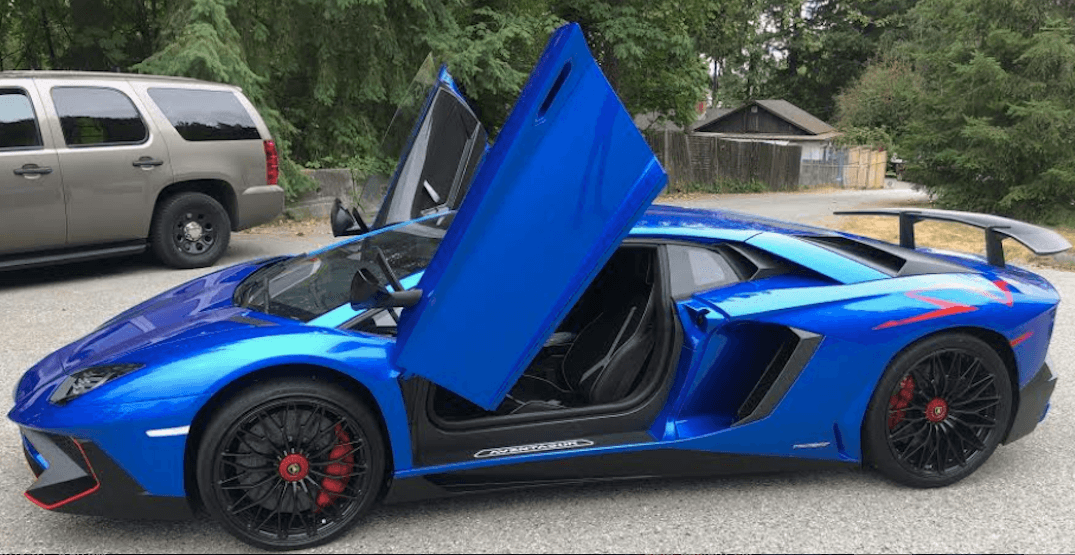 One of the luxury cars that was impounded (Ridge Meadows RCMP)

A pair of 22-year-old drivers from Burnaby each had their rides impounded this morning, after being caught driving at excessive speed through Maple Ridge.

According to police, officers were conducting routine traffic enforcement in the 25800 block of Lougheed Highway, when they noticed two cars – a Blue 2017 Lamborghini, Aventador and a Black 2016 McLaren, 675H– travelling east at “what appeared to be high rates of speed.”

Laser equipment was activated and it showed both cars to be travelling 138 km/h in a marked 80 km/h zone.

Both drivers were stopped for excessive speed and the cars were immediately impounded for a minimum of seven days. Each of the drivers received fines of  $368, 3 points on their respective driving records. 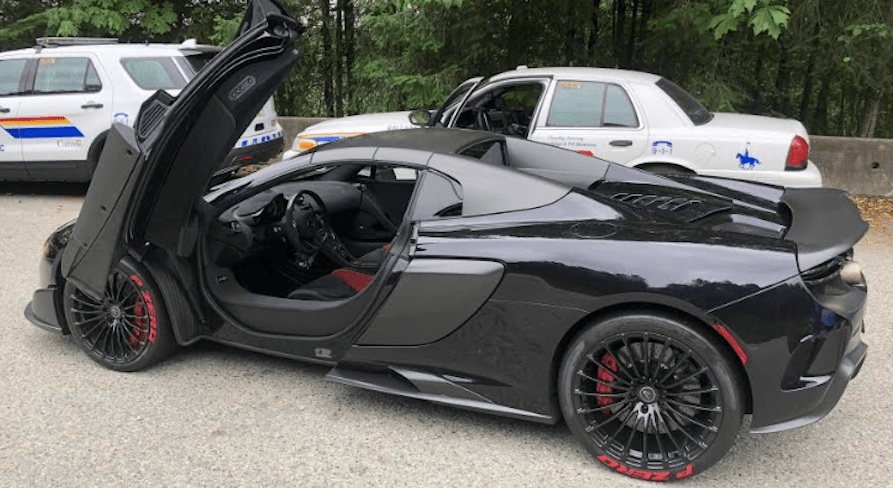 Both men have previously been served with excessive speeding infractions and fines before today’s incident. One of the cars was also found to be equipped with a radar detector.

The traffic investigation revealed that both men were on their way to Mission Raceway for a planned private track event when they were stopped.

“This stretch of Lougheed Highway is our number one problem area when it comes to excessive speed,” said RCMP Traffic Sgt. Bruce McCowan. “We have seen too many tragic outcomes where all the driver needed to do was just slow down.”

Police said an incident report will also be forwarded to the Superintendent of Motor Vehicles for further review.