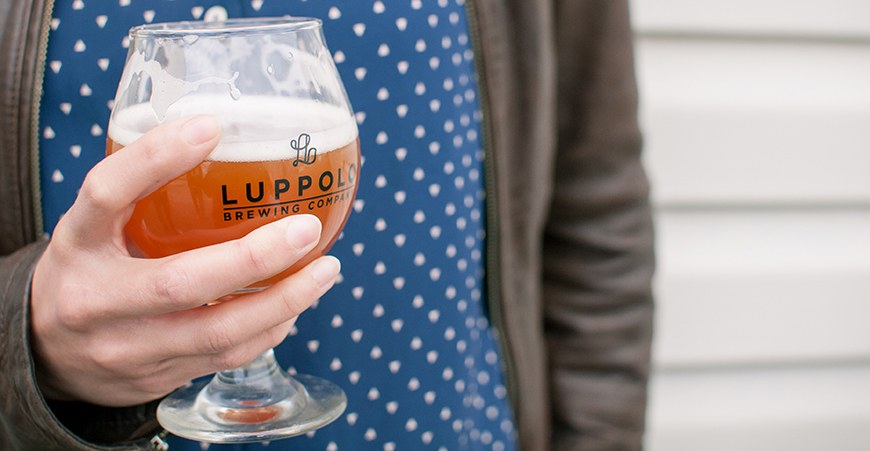 Time to say buon giorno to a new brewery in town: Luppolo Brewing Co. has opened the doors to their brewery and tasting room in Strathcona.

Owned and operated by two couples, Eleanor Stewart and Ryan Parfitt (head brewer), alongside Anique Ross and Federico (Fede) Stucchi, Luppolo (which means hops in Italian) is all about showcasing a variety of beer styles from around the globe.

With an initial brew roster created by Parfitt to get things flowing, the plan is to have about two or three beers be year-round, while the other taps are for rotating beers. For their current soft open, Luppolo has their Dunkleweizen, IPA, Saison, New World Sour, Mild, and West Coast Farmhouse available for growler fills, with the exciting addition of a Fresh Hop Belgian IPA available on tap.

“We are a lounge-based brewery (no canning or bottling to start) and plan to sell the vast majority of our beer on site” Ross told Daily Hive this summer.

In addition to the tastings and growler fills, Luppolo is offering Italian-inspired snacks and small plates, perfect for sharing–charcuterie and cheese, focaccia, olives, piadine (Italian flat bread sandwiches), and more.

The beer and bites can be enjoyed while kicking back and relaxing in their welcoming space. Keep your eyes out for the triangle motif in the tasting “paddles” and on the walls.

Luppolo Brewing Co. will be open daily from 3 to 11 pm.