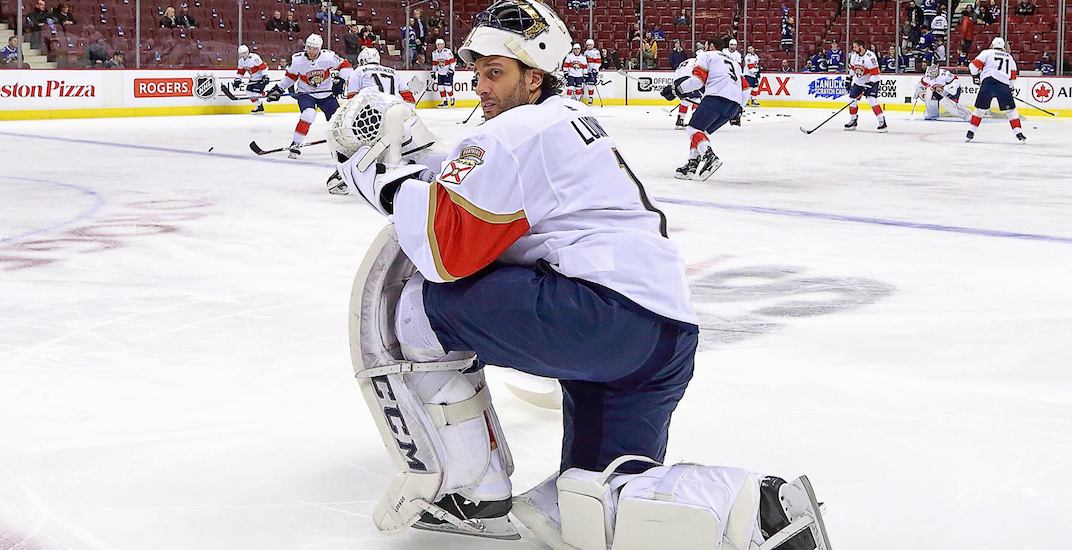 Roberto Luongo will make Florida Panthers franchise history next season, becoming the first player to have his number retired by the club.

The Panthers announced on Monday that Luongo’s #1 jersey will be raised to the rafters on Saturday, March 7, 2020, against the Montreal Canadiens.

“I want to thank the entire Panthers organization for this incredible recognition,” said Luongo in a statement. “It’s quite an honour to be the first player to have his number retired by the Panthers. I’m truly looking forward to sharing this special night with my friends, family, teammates, and the Panthers fans.”

A surefire future Hall of Famer, Luongo ranks second in NHL history in games played by a goaltender (1,044), third in wins (489), and ninth in shutouts (77). Luongo played 20 years in the NHL with three teams before retiring in June.

“Roberto is a cornerstone of Panthers history and an icon of the game,” said Panthers owner Vinnie Viola. “He has represented himself and the Panthers with tremendous dignity, determination and a standard of excellence throughout his career. Roberto exemplifies what it means to be a Florida Panther. His level of commitment to this franchise, his teammates, his family and the South Florida community is second to none. There is no player more deserving to be the first Florida Panther to have his jersey number retired.”

There were a lot of regrets is what I’m saying.

While many fans in Vancouver remember him most fondly as a Canuck, Luongo played 572 of his 1044 NHL games (55%) in a Panthers uniform.

So for fans in Vancouver, this begs the question: will Luongo get his number retired by the Canucks one day too? It wouldn’t be unheard of, as nine players have had their jersey retired by two teams:

Should Luongo become the 10th?