Laughter, they say, is the best medicine.

It was for Diane Gagné-Pacey when she was recovering from breast cancer, and now her husband is supporting cancer research through a fundraiser showcasing their pup Luna.

Robert Pacey started photographing his dog Luna standing on chairs in 2012, to provide a humourous distraction to the stress and sickness of cancer recovery. 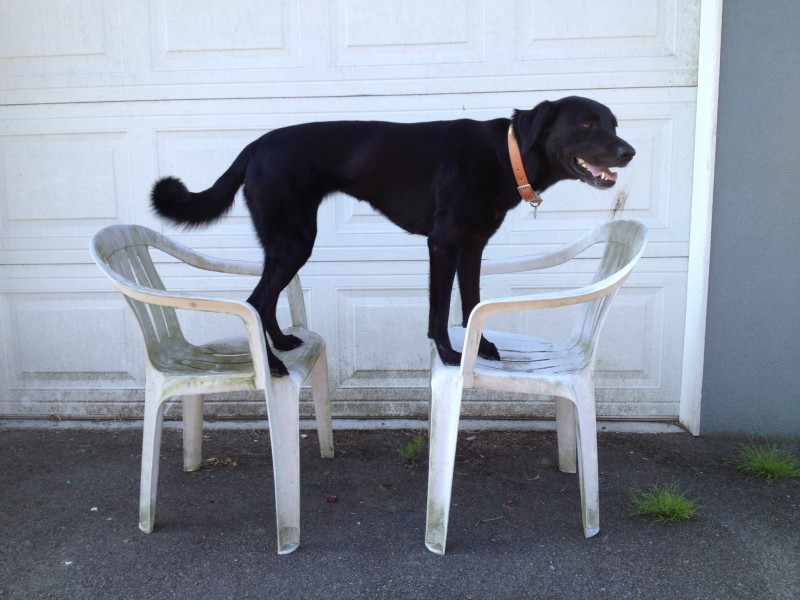 The first photo was Luna standing on a couple of chairs he came across in an alley near their East Vancouver home.

“I showed it to Diane when we got home and it made her giggle and I promised I would take more photos so she’d have something to make her smile,” he told Vancity Buzz. 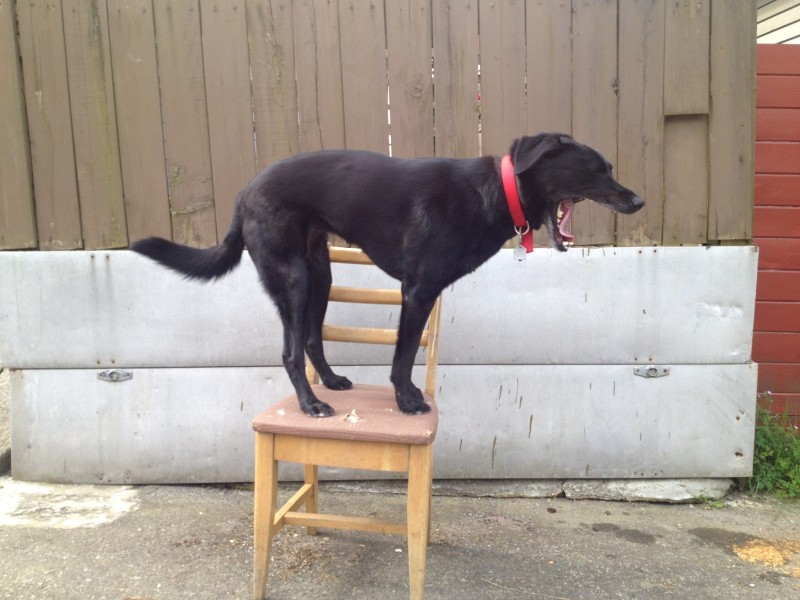 Those photos inspired him to create his Tumblr blog ‘Luna on Chairs,’ which quickly gained a cult following.  Every walk around their neighbourhood became an opportunity for balancing, and Luna has now been photographed on over 150 chairs, sofas, stools, ottomans and benches. 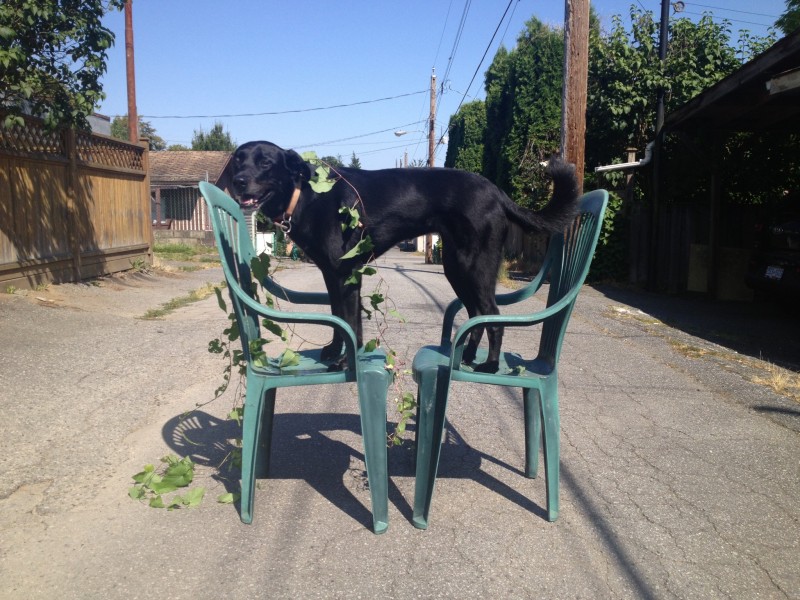 ‘Luna on Chairs’ was just featured on BuzzFeed and the balancing pooch has been seen across the globe.

Now fully recovered, Diane founded a team called Pink Lemonade in the Workout to Conquer Cancer to raise money for cancer research.  And Robert wanted to find a way to get his own followers to support the team. 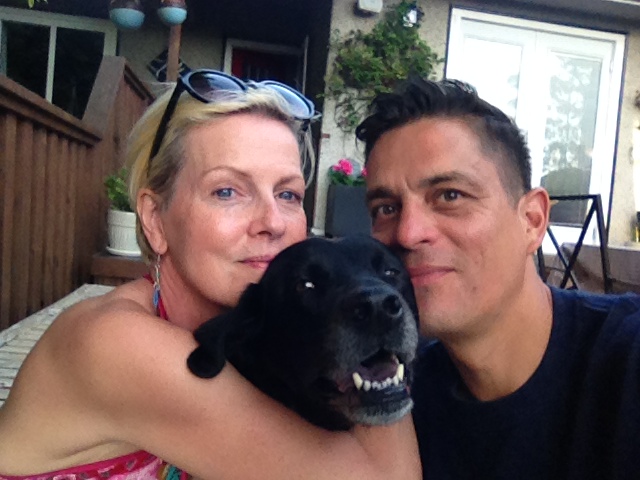 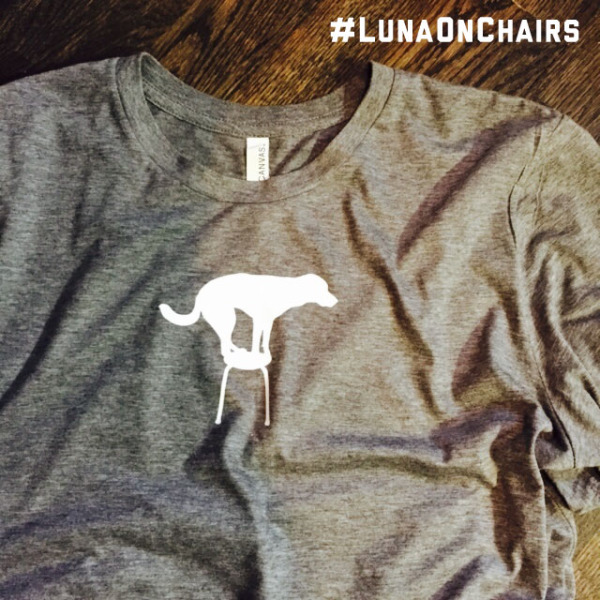 Made by MAKE Vancouver, they come in pink and blue for women and black or grey for men.  They’re also just really cool.

MAKE is producing the shirts until March 31, although if there’s demand they’ll consider extending the run. 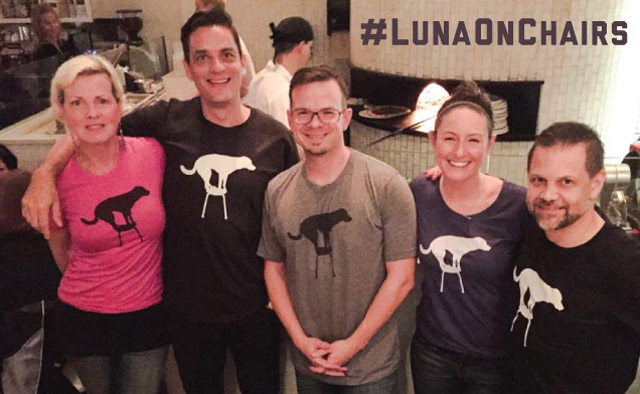