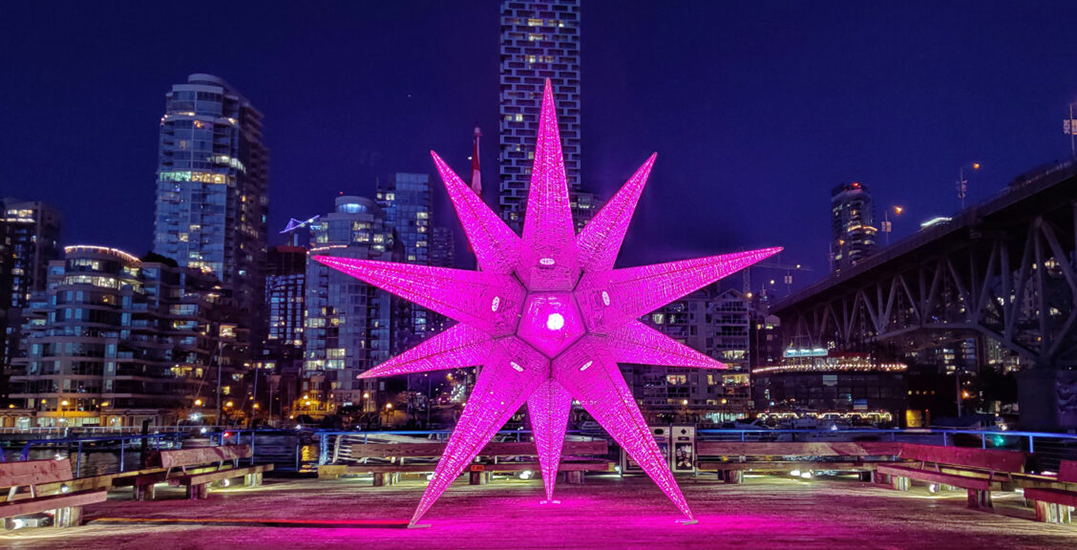 A Beacon of Light is one of the newest installations for Lumière (West End BIA/Lumière).

A beloved art installation has returned for another year and this time, it’s expanded its footprint for more downtown Vancouver residents to enjoy.

Lumière is a popular annual event that brings bright, stunning art pieces to different sites around Vancouver. Now entering its eighth year, the experience is inspired by light, art, and creative expression.

The installations can be found at four different sites across downtown Vancouver — English Bay, Jim Deva Plaza, Granville Island, and the Bentall Centre. The illuminated art pieces are unique to each site and can be best enjoyed after sunset, creating the perfect night light walk. 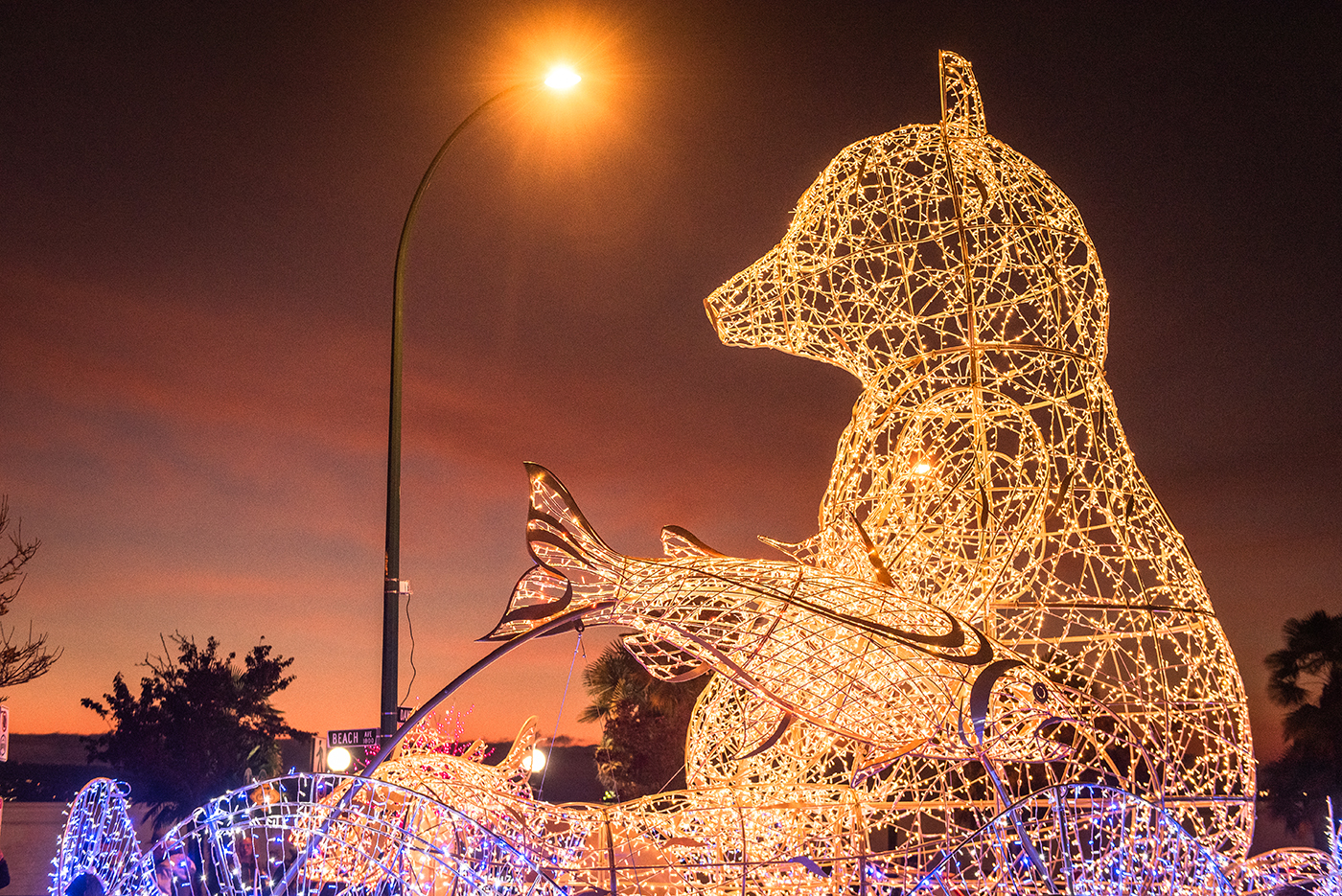 English Bay will play host to popular light figures such as Davie, Luna, Stanley, and Eugenia. New to the site is a dazzling 12-foot-tall beaver whose name is expected to be revealed shortly. 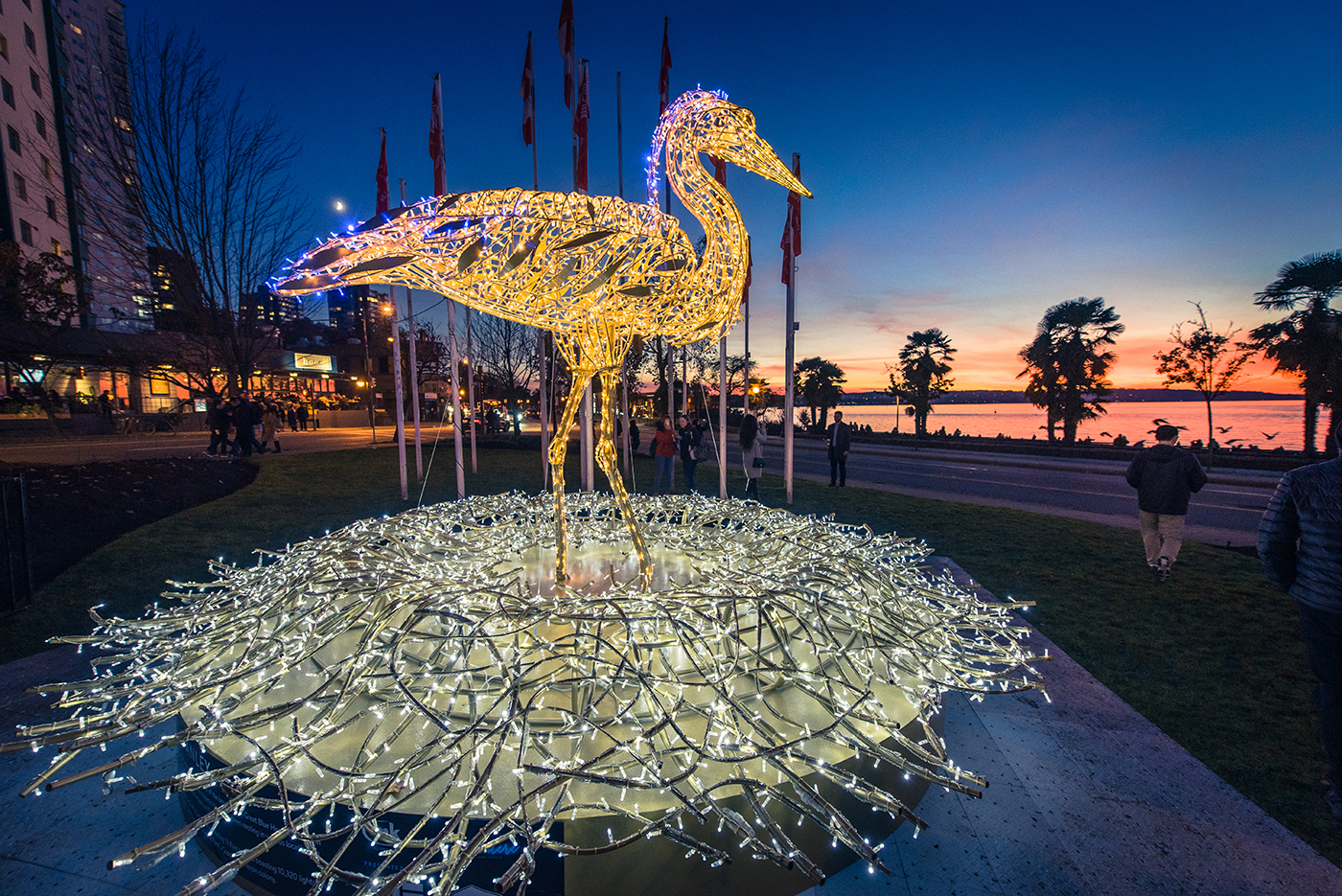 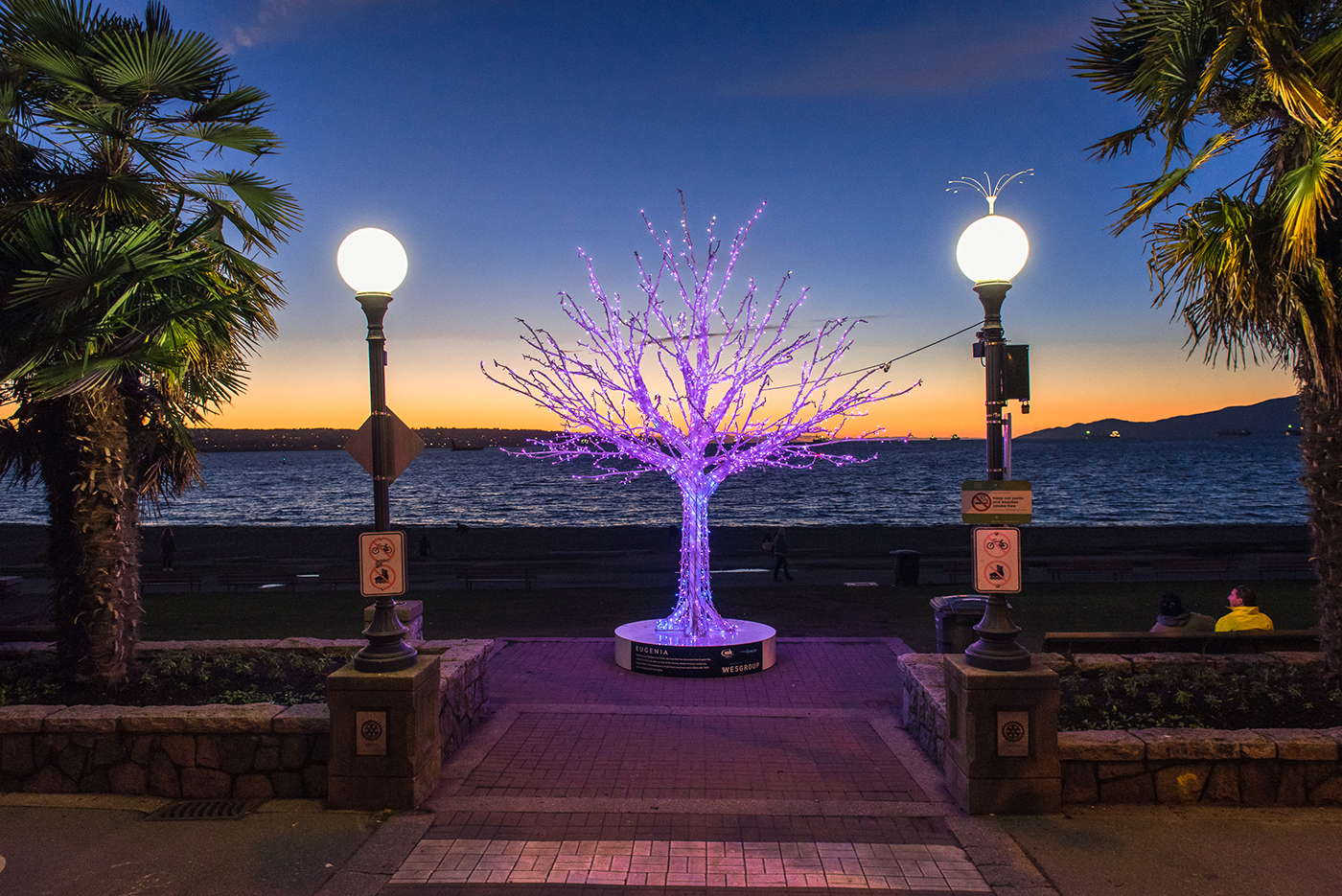 Jim Deva Plaza is also receiving two new installations. The first is the Helianthus Enorme, which is a massive sunflower that stands at over 25-feet-tall and is inspired by the geometric patterns of seeds in a disk floret. The other installation, named Twin Harmonic Amplified Neuro-Knowledge Simulator or THANKS, is meant to amplify feelings of gratitude with bright, vibrant colours.

Granville Island will play home to a Beacon of Light — a pointed, 22-foot-tall star which organizers say “shines bright enough to be spotted from the West End.”

A Beacon of Light is one of the newest installations for Lumière (West End BIA/Lumière).

And at Bentall Centre, visitors can find Parasol, a series of nine-foot-tall mushroom-like structures that are animated with colourful patterns and music. The Dunsmuir Patio will also host Canopy Lights, a string light structure that “will allow people to see their voice translated to light patterns.” 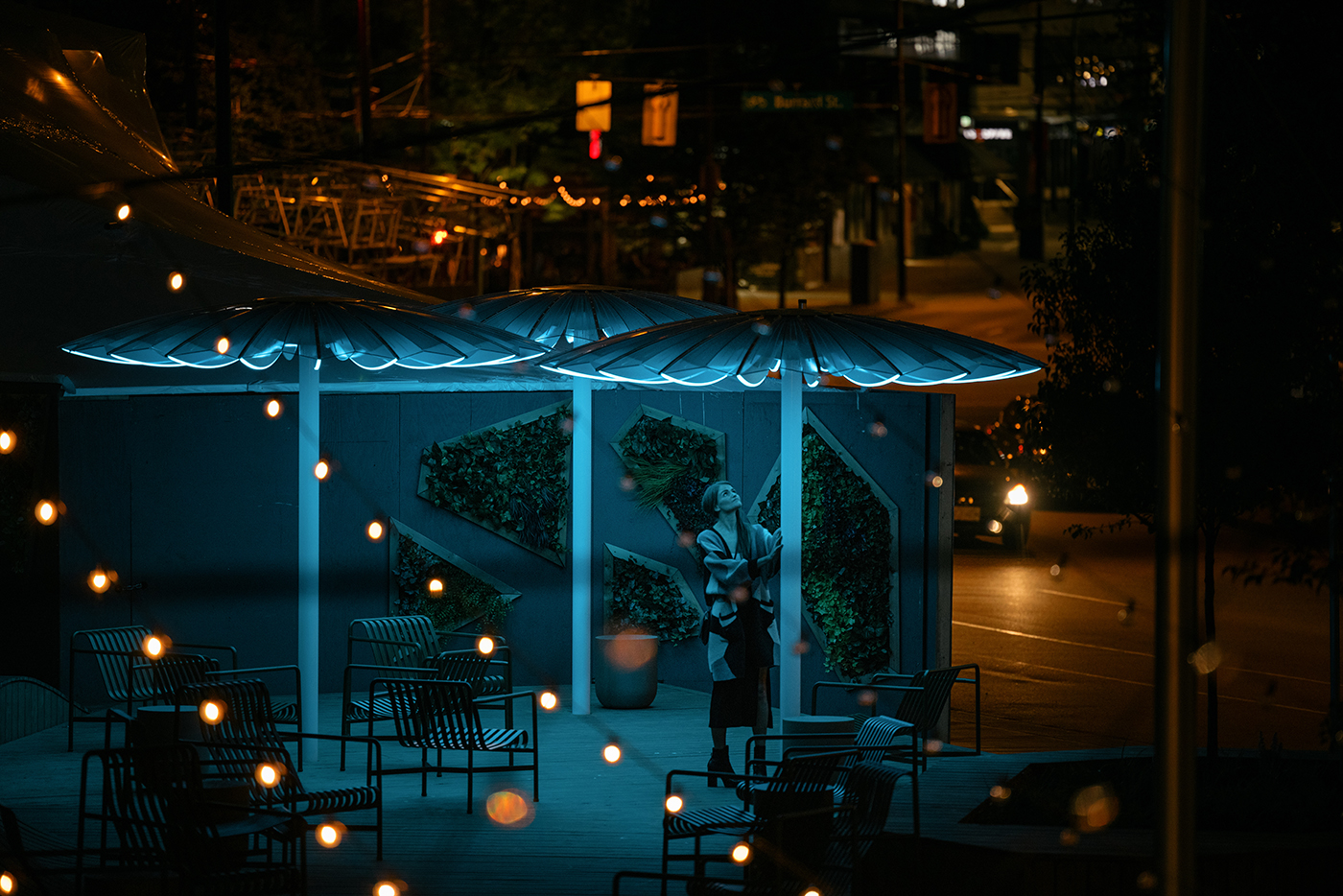 Lumière is scheduled to run from November 12 to 30, although select installations will remain on display until February 2022. 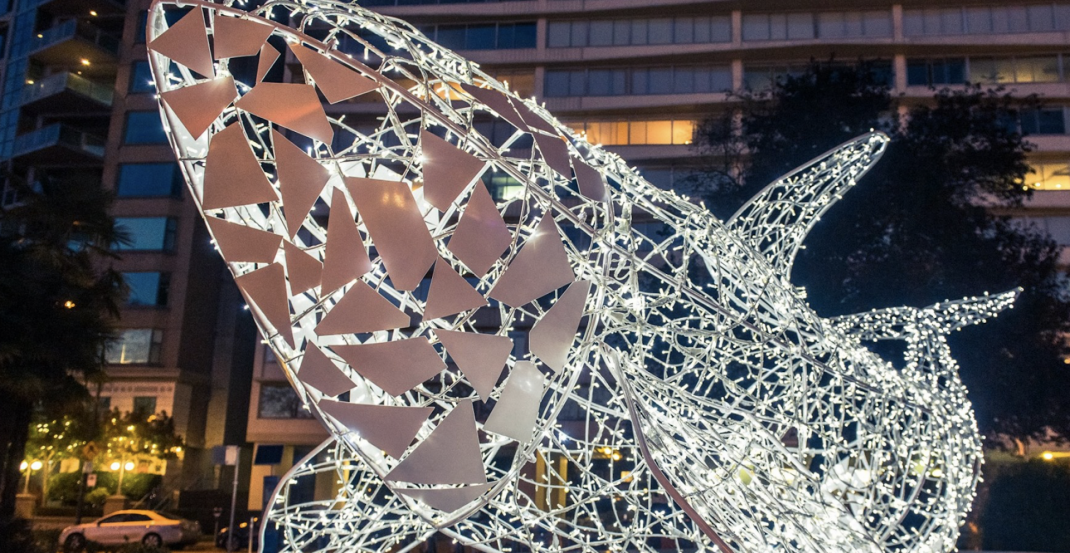