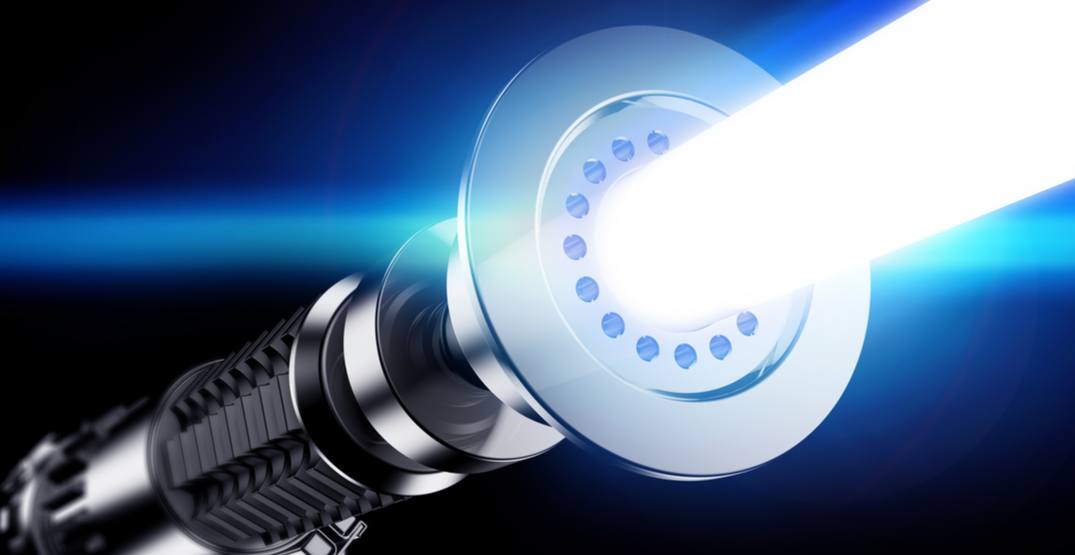 From a galaxy far, far away, comes a new exhibit in Vancouver. Starting tonight, you can see Luke Skywalker’s Lightsaber from the film Star Wars: The Empire Strikes Back.

The famous film prop is being featured as part of The Science of Ripley’s Believe It or Not! exhibition at Science World.

According to a release, the Lightsaber was constructed from a vintage 1930s Graflex camera flash gun and the handle still has the original Graflex logo etched into it. The piece was acquired by Edward Meyer, VP of Exhibits & Archives for Ripley’s Believe It or Not!, at an auction last June for $450,000.

The exhibition runs until March 19, so use the force, and get your tickets now.