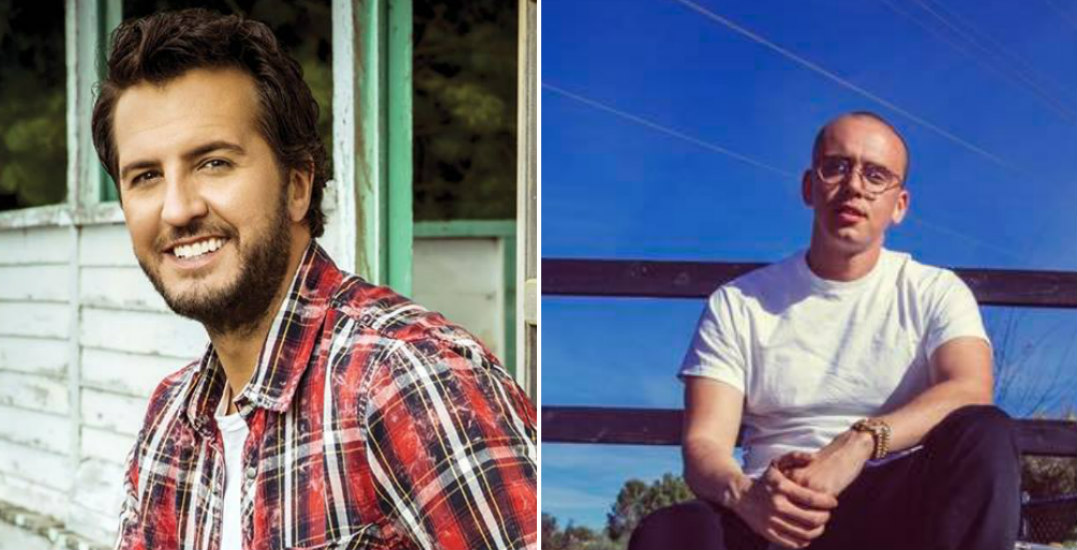 If you haven’t already heard, Live Nation Concert Week is taking place from now until Tuesday, May 8.

During this time, Live Nation is offering Canadians $20 tickets to over 150 shows across the country.

And the line up of concerts includes artists such as: 5 Seconds of Summer, Beck, Broken Social Scene, Chicago, Bon Jovi, Kaleo, Kygo, Maroon 5, The Flaming Lips, Logic, and Luke Bryan, among many others.

Oh, and we’ve got an additional pair of tickets up for grabs for Logic’s Vancouver concert, too. So you have an even higher chance of walking away with something by entering today.

Simply enter the contest below for your chance to win! Visit ncw.livenation.com for more Concert Week information.

To enter for your chance to win a pair of tickets to see Logic live at the PNE Amphitheatre on July 15 and to see Luke Bryan live at BC Place in Vancouver on October 13, do at least one of the following:

Contest entries will be accepted from the time and date of publishing until 11:59 pm on May 16, 2018. One winner will be chosen at random and contacted through the platform they used to enter.