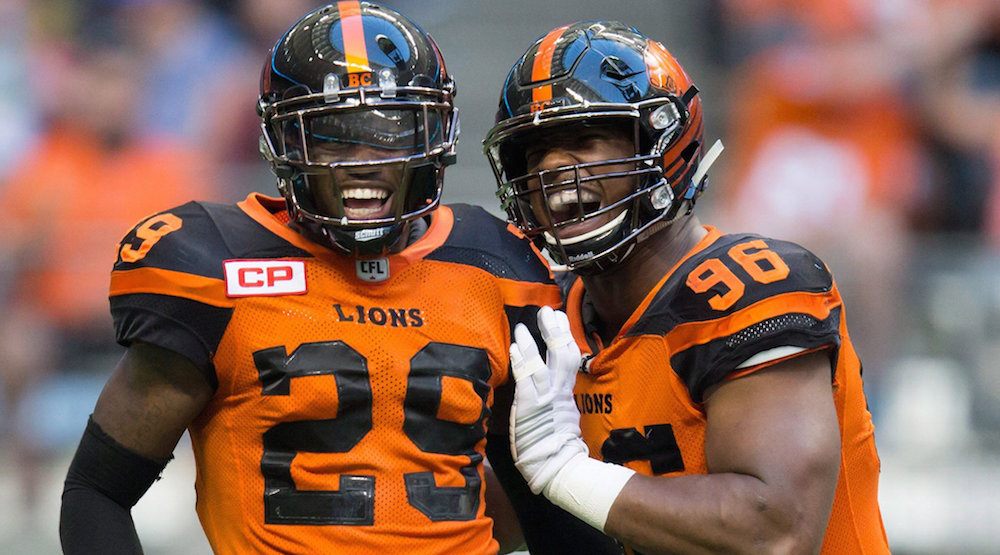 With the NFL getting ready to kick off its regular season in less than three weeks, many sports fans will be celebrating the return of the sport they love; football. But when you talk to football fans and mention the CFL, you will most likely be faced with numerous unoriginal jokes and belittling comments about the league and its players.

There is nothing wrong with just being a fan of the NFL; I just think it is an important distinction to make when trying to have a civilized discourse about the sport of football. If more NFL fans gave the CFL a chance, they would see that there is an entertaining form of football being played close to their home every year starting in June. Here is just a sample of some of the things you might hear from NFL fans:

“But the players are just rejects from the NFL!”

When someone says the players in the NFL are better than the ones in the CFL, there are many cases where that may be true, (I am not going to argue with someone who says Cam Newton is an amazing athlete) but most of the time, the players in the CFL aren’t better or worse, they are just different.

Football is a game of space and due to the smaller field size; NFL teams want to cram the smaller field with as big and fast of a player as possible. Fortunately for the CFL, the rigid NFL requirements create a pool of American talent for CFL teams to choose from and give these players an opportunity to play, and possibly build their resume for another shot at the riches of the NFL.

The larger CFL field tends to favour a shiftier and smarter player since playmakers have much more space to work with. For example, the things that make the New England Patriots short passing offence so hard to stop are the same things that are fundamental to all the offences in the CFL. With one less down to gain 10 yards, CFL teams pass first and run second. Furthermore, receivers have to be smart enough to make the same read as their quarterback and then change their route on the fly.

There is a reason why Chad Johnson couldn’t replicate the success he had earlier in his career with the Bengals when he played for the Patriots and later the Alouettes. That doesn’t mean he was a bad player, the skill requirements were just different.

“I make more money than most of these guys!”

Maybe you do, and that should be even more of a reason to be a fan of the CFL.

For example, when March Madness rolls around every spring and a bunch of sports fans come out of the woodwork to tell you that they love collegiate sports because the players play for the school and for the “right reasons” with guts and all that heart-warming stuff you tell yourself is actually true (it’s not), but the actual genuine example of this is the CFL.

Sure there was a time 40 years ago when the NFL and CFL competed with each other to sign players, but those days are long gone. With an average salary sitting at roughly $90,000/year and a minimum salary of $50,000/year, the players you see on a CFL roster truly do play for the love of the game.

Due to CFL roster rules, half of the players are fellow Canadians just like you and I, and the other half are Americans, when looking for a way to continue playing a sport they love, moved to a foreign country away from their family and friends to put their body on the line every week for your entertainment.

“But I can’t even tailgate!”

It’s true, due to what some would say archaic provincial liquor laws, many cities that are home to CFL teams don’t legally get to take advantage of the unadulterated drinking and barbecuing in public like our neighbours to the south.

For those who have attended an NFL game (the ones at the SkyDome in Toronto don’t count) and have been able to participate in a full-fledged American tailgate, you know what I am talking about. Sure, it is entertaining for a couple of hours, but for anyone on the wrong side of 30, the only thing that tailgating leads to is fights, long lines for the washrooms, and a generally unsafe environment.

I have been lucky enough to tailgate and attend NFL games in a variety of US cities, and I can honestly say I would never bring my children to an NFL game. Outside of a hotly contested Labour Day Classic, I have yet to attend a CFL game where I have felt unsafe due to a bunch of intoxicated individuals.

So, if you are looking for a more family friendly environment to enjoy the sport of football, the CFL is worth checking out. Oh, and for the record, CFL tailgating does exist; you just have to look a little harder for it.

With its billion dollar taxpayer funded football cathedrals and NFL’s ability to constantly stay in the 24/7 sports news cycle, the CFL will never compete with the pomp and circumstance that is the NFL. That being said, there is a reason why the CFL is the second oldest football league still in operation and that is because it is an entertaining, high-scoring game with talented players who love the game of football as much, if not more, than you and I do.

You can challenge pass interference in the CFL???? Hey @NFL the Canadians have something better than you!!!

Sometimes us football fans need to be reminded of that.