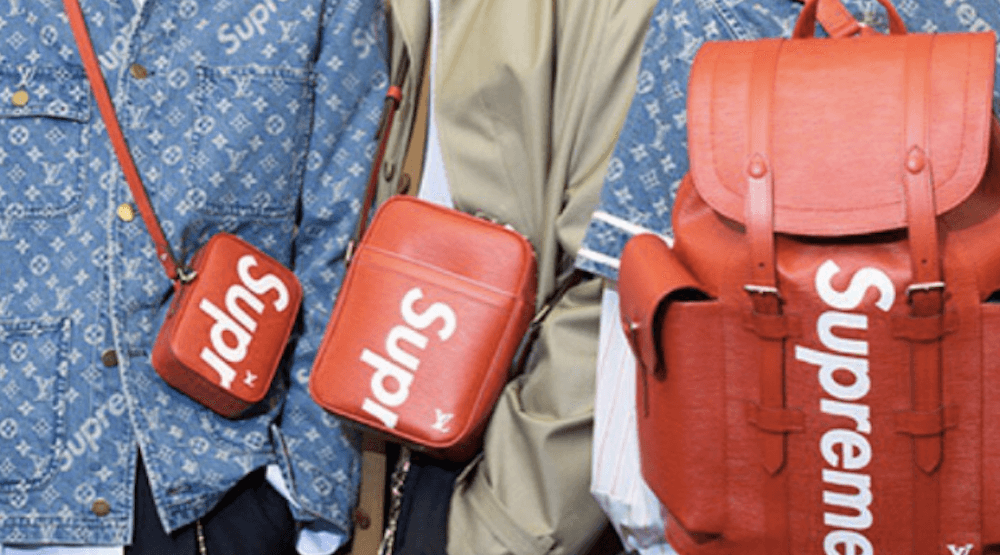 The much-anticipated Louis Vuitton x Supreme collab merchandise will reportedly be available in Vancouver on July 14.

In addition to the 3 pop-up shops on June 30th (LA, MIA, NYC), 10 LV stores in the US will carry the Supreme x LV collection on July 14th! pic.twitter.com/biO16vOURd

Apparently, Vancouver will be the only Canadian city to get the designer merch and it will be sold at a pop-up at the Hotel Vancouver.

“This new emblem appears as a motif in the fabrics of a range of garments, including classic pale washed Japanese denim, camouflage jacquard, and fil coupé, sometimes appearing in a cognac and chocolate colorway that recalls the original 1896 Monogram canvas.”

Although official details of the Vancouver pop-up are yet to be released, we will be sure to keep you updated.