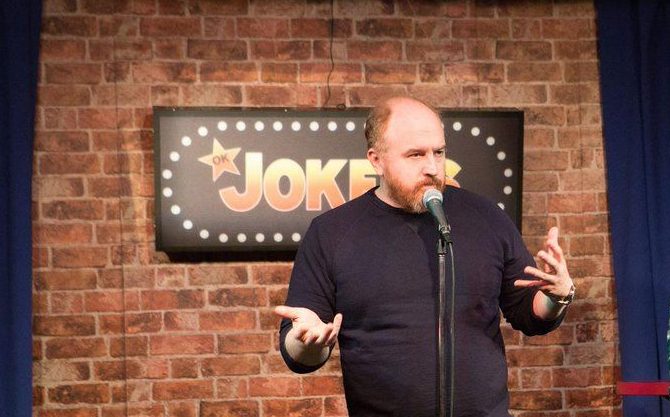 Fans hurried to buy tickets for the shows, which are the only Canadian stops on Louis C.K’s North American tour; and just a few short hours later no tickets were left on Ticketmaster for either date.

But whilst that sort of demand would usually lead to a rush of tickets being offered up for resale, the comedian is warning Vancouver fans to avoid buying secondhand tickets.

Cracking down on scalpers

As well as offering tickets for as little as $25, Louis C.K has also attempted to make his shows more accessible by limiting purchasers to a four ticket limit as a way to control resale.

That’s not the only way the star is attempting to cut down on resellers however as, in addition to Ticketmaster’s limitations, Louis C.K. and the venue have both introduced added security measures against scalpers.

In a statement posted to his website, fans were warned about buying tickets from scalpers or resale sites like Stubhub:

“Regarding ticket resale: we take great efforts and have many methods of finding out what inventory is being sold on “broker” sites like Stubhub and Vivid Seats and immediately invalidating those tickets. Due to this we recommend that anyone who chooses to purchase these seats does so at their own risk. If the ticket becomes invalidated, we are not responsible, and unfortunately the consumer could lose money and not get into the show. We cannot tell anyone specifically which seats will be invalidated but we can tell you that there is a legitimate chance that any and all of them can be.”

“Box Office reserves the right to adjust delivery methods and barcodes on any ticket order. Customers will be notified if their order has been adjusted. Customers affected can either cancel their purchase or pickup up their tickets at the will call with valid photo ID beginning 1 hour prior to the start of the show. No name changes or alternate pickups on any order.”

While the duo of December shows will undoubtedly be one of 2016’s hottest tickets, it looks like Louis C.K’s efforts are paying off.

At the time of publication, there were no tickets for his show in Vancouver listed on StubHub. Meanwhile on Craigslist, it appears that listings are all “WTB” – Wanted To Buy – and that no one is currently attempting to sell on their seats.

All of which means that if you know someone who has any extra tickets, you might want to start sucking up to them.