Indie rock fans globally would recognize their distinctive logo and their unmistakable sound.

The logo is a pink background with two shaggy-haired human heads and elephant trunk noses. The band is none-other-than Toronto’s rock duo, Death from Above 1979, who recently announced a nine-show Canadian tour commencing in Vancouver.

Rocking out since the early 2000s, Jesse Keeler and Sebastien Grainger (aka the boys of DFA1979) have been through a lot together as a duo. Two years after their album, You’re a Woman, I’m a Machine, was released in late 2004, Keeler and Grainger went their separate ways – leaving many indie-rock hearts broken. Fast forward to 2011, DFA1979 announced a reunion, and their highly anticipated second album was released in 2014. The Physical World was the loud rock the fans have loved and missed all those years, and the boys were soon back on the road.

Known for their noise, stage presence, and energetic sets, DFA1979 announced their upcoming tour with Eagles of Death Metal on their social media accounts. And with their recent Juno Awards nominations, we couldn’t be more excited to see one of Canada’s best rock acts back on the road, hitting PNE Forum this spring. In anticipation for the show, we caught up with DFA1979’s very own (and always very moustached) Sebastian Grainger.

Having been a duo since 2000, what are some changes in the music industry that you’ve seen in recent years?
A big difference is that with the ubiquity of technology it has become easier to create high quality recordings. When we were kids if you wanted to make music you saved up all summer and bought a guitar. Now any kid who is inclined can download a program, watch a tutorial on YouTube and start making music while their parents are asleep. That combined with the devaluation of music as a commodity has created a major shift in how people think about music. I’m not sure whether it’s extreme punk, or extreme corporate ubiquity. It’s a strange time indeed. I like it though. Every generation seems to shit on the next. I say we’re always living in chaos, so the notion of a golden era is a fallacy.

Congrats on the Juno nominations this year. The Junos are a celebration of the local music industry. What do you think of the current state of music in Canada?
The state of Canadian music is rampant. Everywhere you look there’s a Canadian on top. Essentially that doesn’t really mean anything, but I suppose it’s cool. Go Canada!

You’re on the road soon for a Canadian spring tour which ends in May. What’s the plan for DFA1979 after the tour?
Plans are made to be broken.

What can fans expect -besides Canadian tuxedos and epic moustaches – on this tour?
Music that’s too loud and too fast but good to dance to. Let’s have some fun! 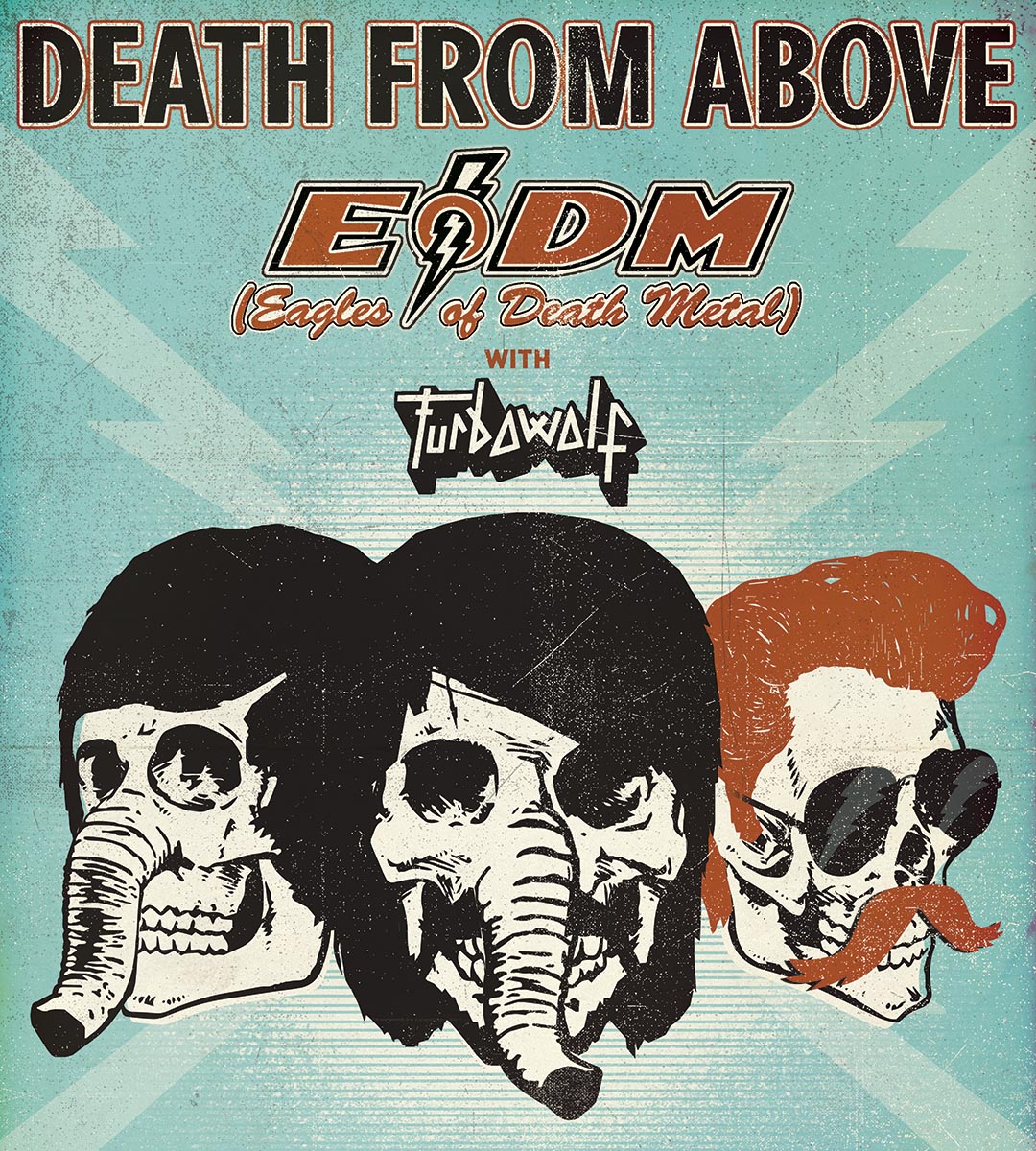 Death From Above 1979’s tour starts on April 26 in Vancouver, and ends on May 8 in Quebec. So get ready to rock, Canada!

Death From Above 1979 and Eagles of Death Metal Tour Dates: