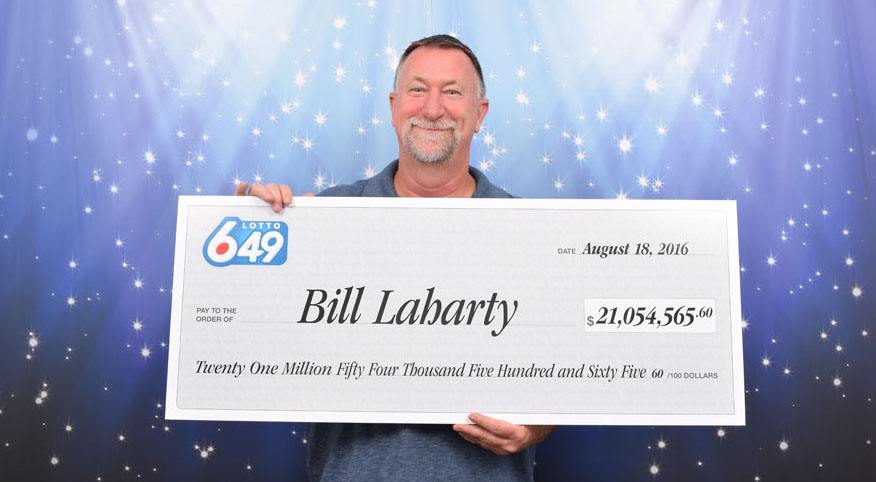 A Nanaimo man is $21 million richer, after winning the Lotto 6/49 jackpot and setting a new Canadian record for online lottery wins.

It’s the first time a jackpot this large has been won through a ticket bought online.

According to BCLC, Laharty is already living the life of a millionaire, buying a new luxury car not only for himself but also for his best friend of 25 years.

He also reportedly plans to buy himself a new condo, a bigger boat, and travel to Bora Bora – as well as helping out friends and family.

In a release, Laherty described the lotto win as awesome.

“It’s like I’ve been in a dream. I saw this big number and had to count all the zeros. I couldn’t believe it and no one else does either!”

Bizarrely, according to BCLC, Nanaimo is now home to the two biggest lottery winners in the whole country, although Laherty’s win eclipses the previous prize of $7.6 million.