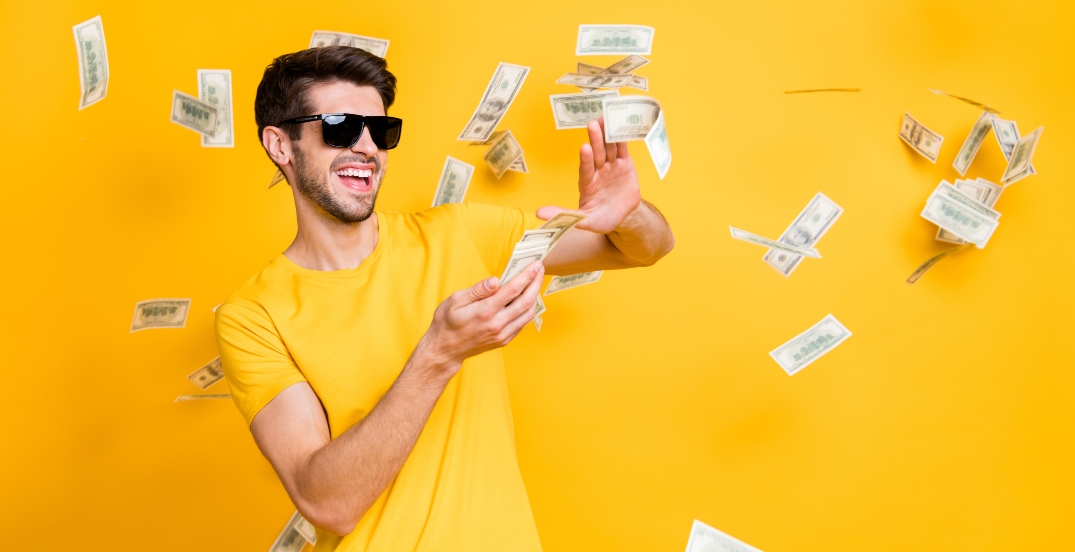 This could be you. (Roman Samborskyi/Shutterstock)

Imagine for one teeny tiny second what your bank account would look like with seven additional zeroes at the end of it.

The large loot comes as a result of nobody winning the $70 million jackpot in Friday’s draw.

Tonight’s treasure chest is quite large, but it’s not record-breaking. The largest Lotto Max draw in history took place in June 2021 when a whopping $140 million was up for grabs. That jackpot was won on June 22, split between two ticket holders, one in British Columbia and another from Ontario.

According to Lotto Max, the odds of winning the jackpot is one in 33,294,800 million but considering how the past two years have gone, is anything really impossible these days?

Ditch the headphones. Who would you hire for your workout soundtrack if you won Tuesday’s est. $70 Million LOTTO MAX Jackpot plus an est. 46 MAXMILLIONS? #DreamToTheMAX pic.twitter.com/YsxwZB85bJ

The Lotto Max jackpot prize is carried over to the next draw (Friday) if there is no winner tonight. Jackpot prizes are split if there is more than one winning selection.

If there is a big-time winner tonight, don’t forget which publication steered you in the right direction.

I accept e-transfers — just make the password “lottery” (no caps).

Draws are held every Tuesday and Friday at 10:30 pm ET.