It’s All Hallows’ Eve and lost souls haunt the shadows.

Carrying lanterns and dressed in the style of a time long gone, they drift along cobblestone streets, searching for those with whom they can share the dark tales of their tragic past.

The lost souls are loose and Forbidden Vancouver’s popular Halloween tour, The Lost Souls of Gastown, is back for its fourth year running – ready to share the terror of the city’s very dark, very real history with eager groups of new guests and enthusiastic repeat visitors alike.

The scariest part? The tales told are all based on actual events.

The Lost Souls of Gastown is a gothic theatre adventure that immerses guests in a Gastown long forgotten, sharing the area’s gruesome little-known secrets, according to Forbidden Vancouver founder and chief storyteller Will Woods.

“Unlike the various haunted houses that crop up around the city near Halloween, The Lost Souls of Gastown reveals the real, dark histories of the city’s earliest years,” he says.

“This is not a completely fictional account made up for Halloween and it’s not a ghost tour. This is a gothic theatre piece based on what really [happened].” 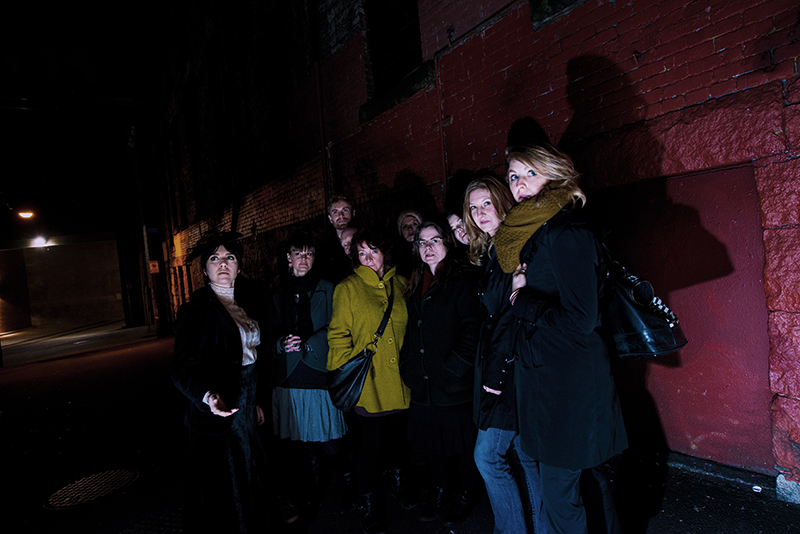 Guests on The Lost Souls of Gastown. Photo by Suzanne Rushton.

Woods originally created The Lost Souls of Gastown as a special event for Halloween and that remains the very best time of year to experience the tour.

“It was designed to be taken on dark foggy nights… The alleyways and back streets have hardly changed in 120 years and the spirits of Vancouver’s past hang thick in the air around you,” he says.

Unlike the summer season, taking the tour in the autumn means venturing out onto the streets at night, where guests follow a bobbing lantern as their storyteller leads them through the winding cobblestone streets and forgotten alleyways of the past.

The darkened atmosphere lends a very different feel to the performance.

“The stories shared with the audience on The Lost Souls of Gastown are some of the most shocking, disturbing and gothic stories our city has.”

“[You] might hear about the Great Fire on a tour bus or in a museum, but when you’re standing on the streets at night [in] the exact spot that the fire swept through at its worst and you’re hearing a personal account of what that was like for the residents of Vancouver at the time, it’s a lot more real and a lot more harrowing.” 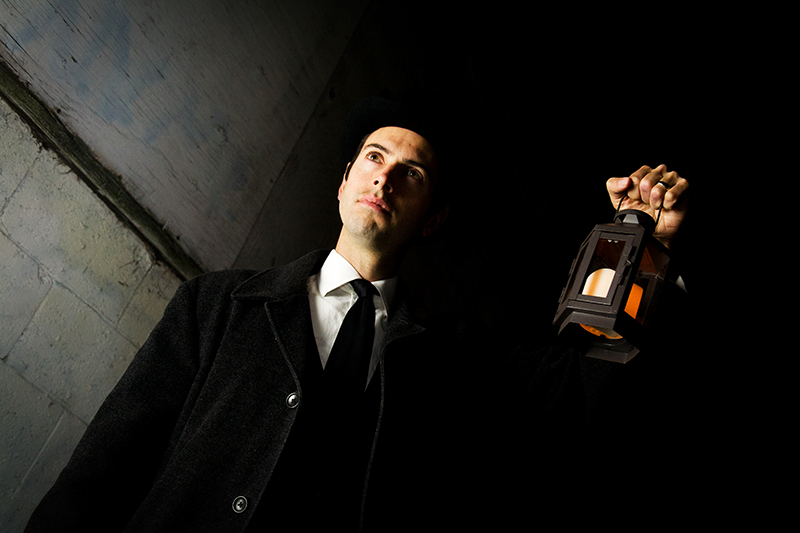 Will Woods as George Turle on The Lost Souls of Gastown. Photo by Kiri Marr.

The stories are told from the perspective of one of Vancouver’s earliest residents, either prospector George Turle or the mysterious Sarah Briars. Depending on their storyteller, the audience witnesses one of two alternate – and shocking – finales to the tour.

Guides expertly weave a web of terror and tragedy – aided by the eerie setting – that sinks deep into the soul.

The Lost Souls of Gastown is a visceral experience that raises the hair on the back of your neck, covers your skin in tingling goosebumps and sends involuntary shivers running down your spine—the perfect Vancouver Halloween event for anyone with a taste for the macabre.

“Every year we’ve sold out every tour,” says Woods.

The Lost Souls of Gastown at Halloween

When: Throughout October with multiple tour times to choose from as Halloween nears

Where: Tours meet at Cathedral Square, across from the Holy Rosary Cathedral at the intersection of Dunsmuir and Richards streets