Venture into the gothic this Halloween with Forbidden Vancouver’s Lost Souls of Gastown, a theatrical tour designed to take audiences inside the city’s darkest and most gruesome early history.

Halloween is the perfect time to immerse yourself in this tour, according to Forbidden Vancouver
founder and chief storyteller Will Woods.

“We’re walking down these cobblestone streets, they’re lit by lamplight, there’s mist in the air, you’re hearing stories of the city’s eerie past,” he says.

Now in its third season, the tour boasted a record of 25 sold-out dates last October.

“Last year we had people calling us up asking to get on tours that were sold out, so we really wanted to open up as many tours as possible this year so everyone gets a chance to come.”

This includes additional time slots in the weeks preceding Halloween, with three options on Oct. 31.

The tour’s breakout popularity has yet to wane, as it offers something entirely different than the city’s other Halloween activities. 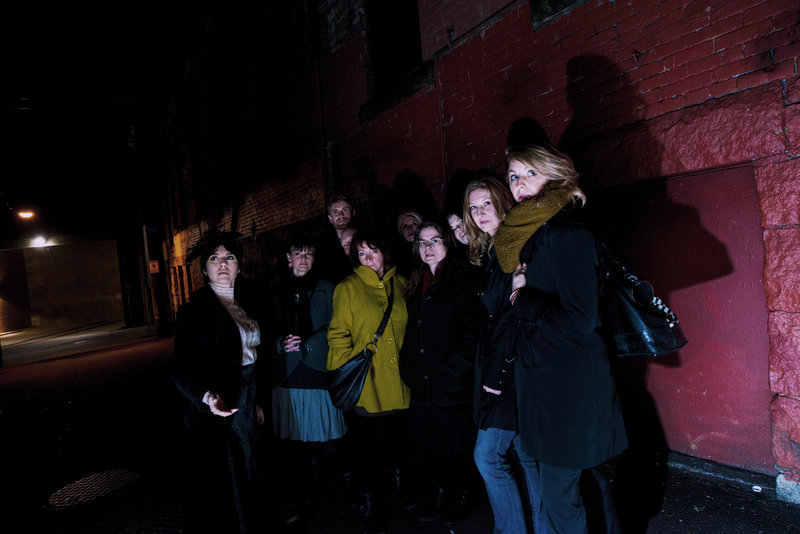 It’s a gothic theatre adventure that transports audiences back to the city’s macabre early days. Guests are led through Vancouver’s history by a lost soul – a former resident who haunts the streets of Gastown, sharing stories of their tragic past.

“My initial plan was to recount these stories and lead the audience through the actual places where key events took place,” says Woods.

“But then I figured, what if I took things one step further. What about if instead of saying, ‘The fire
came down Water Street faster than a sprinting man,’ I said, ‘I was the man, sprinting down Water
Street as the fire licked the skin off my back.’ So the tour became the first-person narrative of someone who lived through the city’s earliest years.”

The stories are told from the perspective of one of Vancouver’s earliest residents, either prospector
George Turle or the mysterious Sarah Briars. Depending on their storyteller, the audience witnesses one of two alternate – and shocking – finales to the tour, making it a Halloween favourite that can be experienced again and again without losing its lustre.

The tour weaves its way through the backstreets, alleyways and hidden corners of Gastown, including the Hotel Victorian, Gaoler’s Mews and Blood Alley.

The Lost Souls of Gastown sells out quickly, so book your gothic adventure online now.

Where: The backstreets, alleyways and hidden corners of Gastown
When: