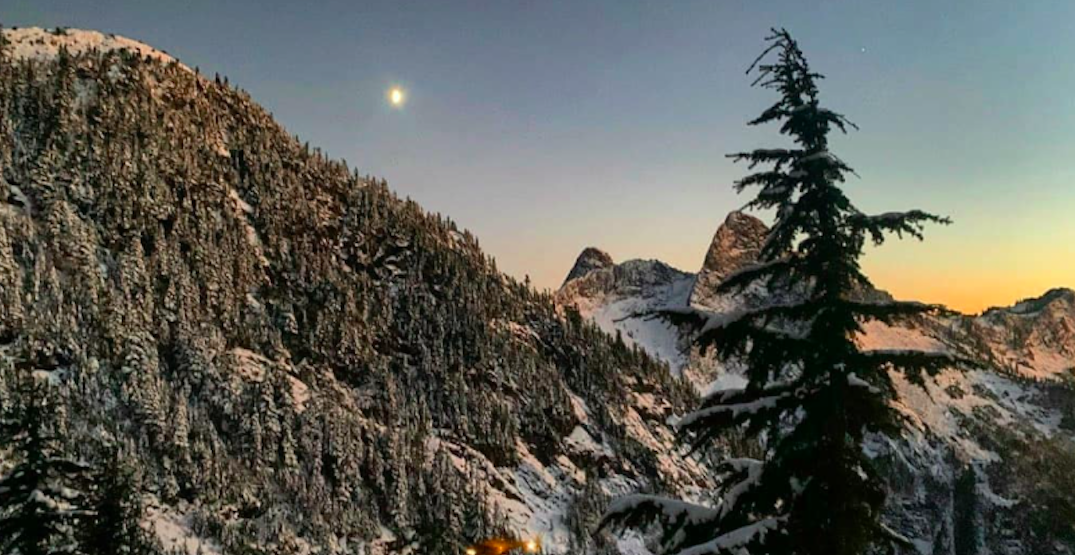 The area where the hikers were found. (Lions Bay Search and Rescue/Facebook)

Two “ill-equipped” hikers are lucky to be alive after being rescued over the weekend by Lions Bay Search and Rescue (LBSAR).

According to LBSAR, searchers were called out on Sunday afternoon to locate and extract the pair in the Harvey Basin area.

“The hikers had missed a turn off to the Lions Trail and continued on up the Harvey Basin trail until they eventually lost that trail in the snow covered Alder,” said LBSAR on Facebook. “Fortunately the hikers were able to get cell coverage and were able to relay their rough location to our SAR manager.”

The subjects, “wearing dark camouflaged clothing,” were spotted from the air, and two teams were quickly dropped off on a nearby ridge, said LBSAR.

The teams made their way to the subjects over slick, uneven terrain covered by roughly 20 cm of new snow, where the pair was “found shivering [and] wearing cotton clothing that had become frozen solid.”

They were given a complete change of clothes, “including proper hiking boots,” and were warmed with heat vests and tea. 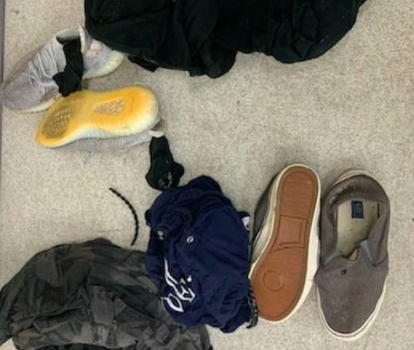 The footwear and some of the clothing the hikers were wearing when found. (Lions Bay Search and Rescue/Facebook)

LBSAR said that “some time thereafter, it was determined that the subjects were capable of safely hiking out with the field teams, as Talon Helicopters had returned to YVR due to darkness.”

After a roughly three-hour hike, the six LBSAR members and the two subjects made it out of the field around 10 pm.

And while the pair was lucky to be rescued, LBSAR stressed that the situation “could have turned out much worse.”

They noted the two hikers “had not left a trip plan, not told anyone where they were going, had completely inappropriate clothing (especially footwear), had no flashlight, and did not backtrack and retrace their steps after they lost the trail.”

Had they not been located by rescue crews, “we are doubtful that the outcome would have been so good.”

For their part, the two hikers “were very appreciative and apologetic when rescued,” said LBSAR. “We are all guilty of mistakes and lapses in judgement and we hope that this post is used as an opportunity for all people enjoying the outdoors to at least give a second thought to the equipment that they carry with them and the planning that they do before embarking on a trip.”