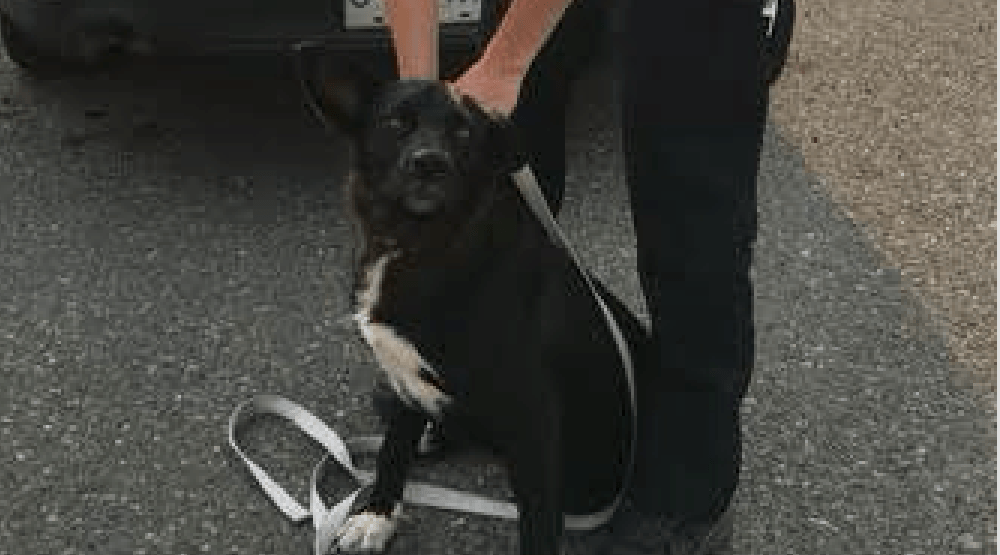 This pooch was found in an evacuated fire zone by Williams Lake RCMP.

RCMP in Williams Lake BC got a special surprise this week, while conducting a police check in an area that had been evacuated due to wildfires in the region.

While doing a check in the evacuated zone near Mountain House Road and Hwy 97 North on July 31, a black and white dog emerged from an area that had been destroyed by the fire.

The lone pooch was taken back to the RCMP command post, where she was give food (from items donated earlier), water, and a makeshift bed.

“We think she might be a border collie cross,” said Williams Lake RCMP Cpl. Jesse O’Donaghey. “She’s very mild-mannered and easy going, and has been a good morale boost for our police officers, working long shifts.”

Williams Lake RCMP turned the over the dog to the local detachment of the SPCA with the hopes she will soon be reunited with her owner.