A man shopping at West Vancouver’s Park Royal Mall on Black Friday found one massive deal, but he’s not looking to keep it for himself.

In a Craigslist ad posted on Saturday, a man who goes by the name Andrew, says he found an envelope on the ground at Park Royal full of cash totaling $3,860. He is now looking for whoever the large amount of money may belong to, but wants to make sure it gets to the right person.

With an image of some of the cash posted in the ad, Andrew needs the owner to clarify what kind of bills that add up to $3,000 are missing from the photo, the bank name of the two envelopes the money was inside, the colour of the paperclip that was attached to the envelopes, and where in Park Royal they lost it.

If the owner of the money doesn’t come forward, he says he will donate it to either the SPCA or B.C. Children’s Hospital. He’s giving the rightful owner two weeks to come forward.

Is this your money? 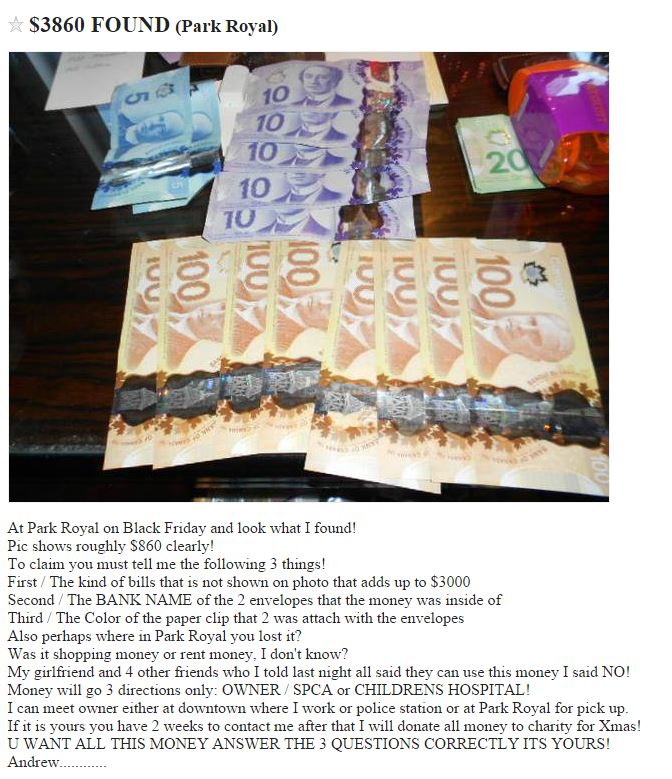