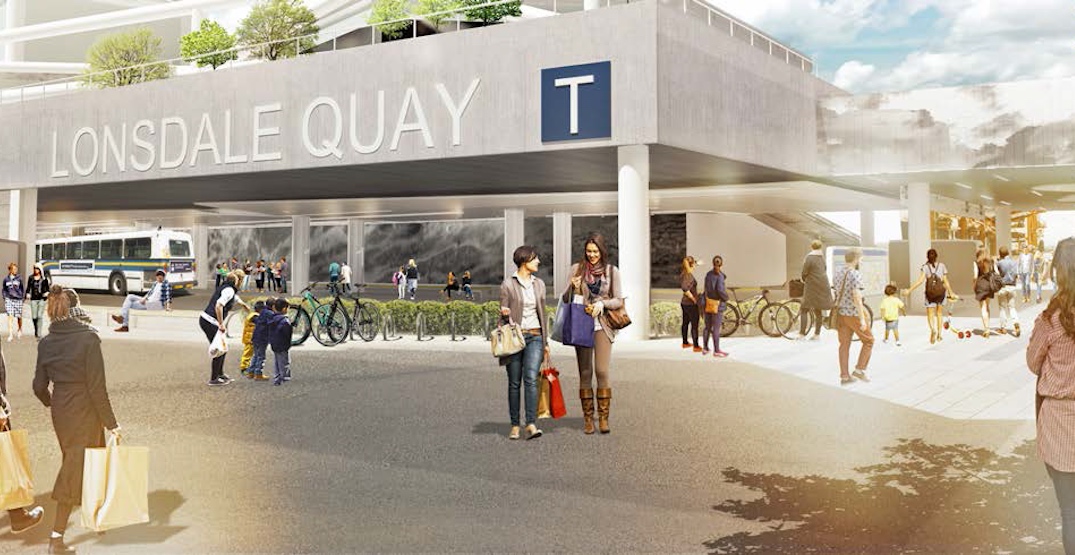 The first phase of the newly renovated Lonsdale Quay Exchange on the City of North Vancouver’s waterfront is set to open next week.

And sometime this spring, the entire project will reach completion.

TransLink announced on Friday the completed renovations to the east side of the bus exchange will open next week, which will allow for renovation work to begin on the west side. Construction on this project began in March 2019.

The project improves the bus exchange’s capacity to handle future ridership and service expansion growth, and the amenities and comfort for passengers.

Improvements include reconfigured bus bays allowing for the articulated buses of the new R2 Marine Drive Rapid Bus launching in early April, as well as new pavement throughout the exchange and passenger hub, improved accessibility for wheelchairs and strollers, a new ceiling above the exchange with improved lighting, tactile walking surface indicators at bus stops, and new public art.

Although both SeaBus terminals have seen upgrades over the past decade, more recently the Waterfront Station ferry terminal, the public transit authority says this is the bus exchange’s first upgrade since it was built in the 1980s. The $14.7-million is jointly funded by the federal and provincial governments, and TransLink.

Lonsdale Quay Exchange is the second busiest transit hub on the North Shore, with 12 bus routes, over 5,000 riders using the bus exchange on an average weekday, and 20,000 SeaBus trips per weekday.

TransLink is also planning a rebuild of Phibbs Exchange, the eastern terminus of the R2, but the timeline of this project has not been determined.

But new bus exchanges for Nanaimo Station and Richmond-Brighouse Station are set to reach completion this year.