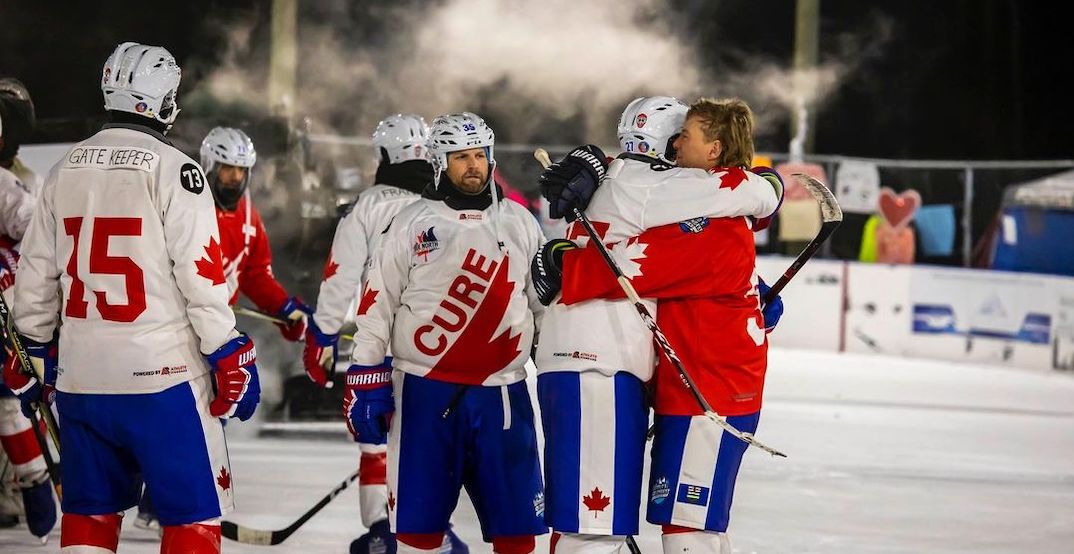 A hockey game that started on February 4 wrapped up on Monday morning.

After 11 straight days, the World’s Longest Hockey Game raised $1,840,000 for the Cure Cancer Foundation — a charity that supports life-saving cancer research at the University of Alberta.

Along with the charitable donation, the other numbers are pretty impressive as well:

All funds raised through the 2021 World’s Longest Hockey Game will go entirely towards supporting a clinical study in lymphoma and solid tumour patients who are enrolled in Edmonton.

The funds cover the cost of research for a drug called PCLX-001. PCLX-001 shuts down the “abnormal chemical signalling in many common cancers and triggers those cells to die, while sparing the normal, healthy cells,” says the World’s Longest website. Current studies have shown that PCLX-001 works differently from other known cancer drugs and has high activity and positive results in breast, lung, bladder, and pancreas cancers.

Donations are still being accepted through the foundation’s website.