Apple’s brand new iPhone 6 and iPhone 6 Plus will be released at the company’s stores around the world, and there are already people lining up to get their hands on the newest phone device.

Anxious Apple fans were already seen lining up outside Pacific Centre on Granville Street during today’s morning rush hour, approximately 24 hours before sales are scheduled to begin. To camp the night and be in front of the line, prospective buyers brought with them chairs, tents, sleeping bags, blankets and layers of warm clothing.

By tomorrow morning, the line outside the store is expected to grow to several hundred people. During the 2013 launch of the iPhone 5s and 5c, Apple Store staff were seen handing out coffee and water for those who had lined up.

The Pacific Centre Apple Store will be open at 8 a.m., two hours earlier than usual, for the much-anticipated sale launch. 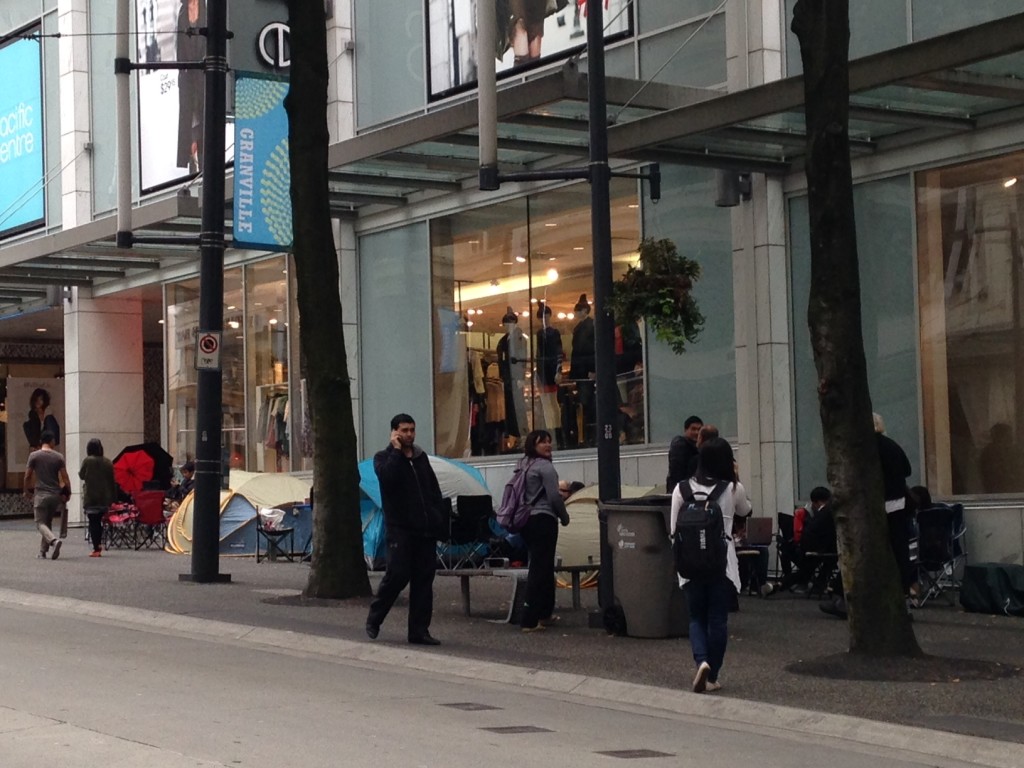 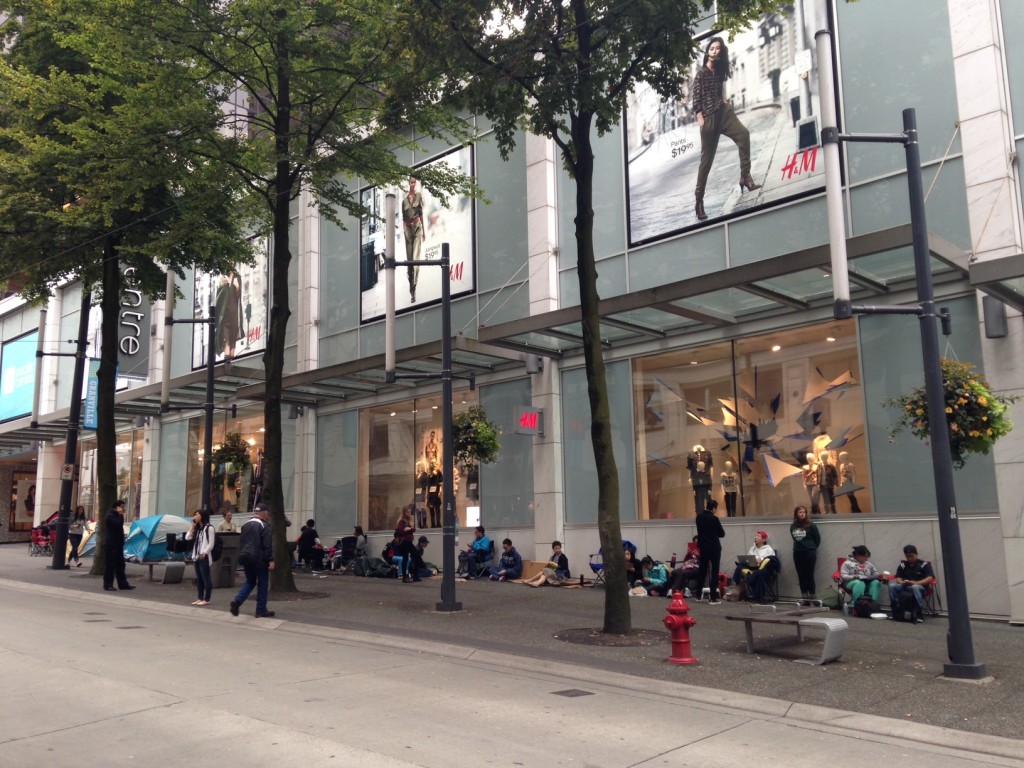 Meanwhile outside the Apple Store at Richmond Centre mall, lines for the new phone reportedly began a day before on Wednesday.

Crazy: People started lining up Weds in Richmond for the iPhone 6, which will be released Fri. (Photos @RichLamPhoto) pic.twitter.com/qq1a8Z28cu