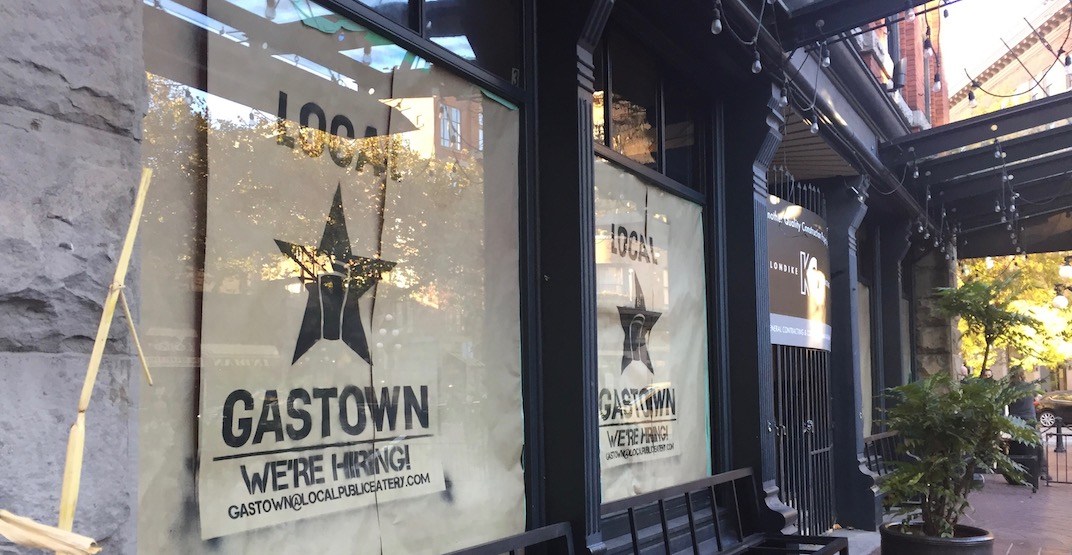 It was back in June when we first received word of Chill Winston shutting its doors after 11 years of service.

The Gastown haunt had been serving sublime cocktails and bites at its prime location of 3 Alexander Street since 2006, but it served its last beverage at the end of September 2017.

The corner location boasted a sun trap of a patio along with a view of the bustling Maple Tree Square beyond its doors.

There were whispers of the spot being swooped up by Local Public Eatery, and if you’ve walked by the shuttered restaurant recently you’ve probably seen the signage confirming the space’s new tenant.

Local, a small but sprawling chain of friendly-pub-type restaurants, has locations in Calgary, Edmonton, Toronto, Ottawa, Seattle, and most notably across from Kitsilano Beach on Cornwall Avenue in Vancouver.

Local management told Daily Hive this will be chain’s second Vancouver location, and the tentative opening for the Gastown restaurant is at the end of November 2017.