On the waters of False Creek, many Vancouverites are familiar with the rhythmic drumming of dragon boaters paddling along. Less familiar is the level of competition and finesse that our own local community houses. Just this past September, our very own local Vancouver team, Dragon Zone One West, represented Canada at the ninth Biennial International Dragon Boat Federation Club Crews World Championships that took place in Ravenna, Italy.

Many members of One West have been paddling together for over 5 years and they are among the select teams who train year round in the torrential downpour and cold of winter. However it is their heart, dedication, and love for the sport that has allowed them to accomplish a high level of competition and respected racing. This year they were awarded two gold medals and the title of World Champions in the 200m Premier Mixed standard boat and Premier Women’s small boat. One West also claimed two silvers in the 500m distances for a total of 4 medals in the competition.

The coming summer of 2015 brings on the 12th World Nations Championships, hosted in Welland, Ontario. Several members on One West have been training and trying out for their place on the national team roster. Although Canadian teams are one of the most represented countries at IDFB events, 2015 is the first time the championships are held on Canadian soil: this marks one of the most competitive years of tryouts that coaches have seen as many athletes are looking to get a chance to win gold at home.

As an amateur sport, One West athletes pay all equipment, training, and travel fees out of their own pockets along with the generous support of organizations such as Dragon Boat BC, Oddball Workshop, 2XU Canada, Concord Special, Maple Leaf Insurance, and G2G Management. It’s an incredible feat when you learn that the team is made up of full-time students and working individuals who still make the time to come together and train.

On November 21, 2014, One West invites everyone to come eat, dance, bid, and win free prizes at their Red, White & Gold Masquerade Ball!

Tickets are $20 per person and include a meal ticket for food and drinks with access to the casino for those of legal age. Alcohol is available and purchased separately. Donations can be as little as $5 for those who are interested in showing local sport support but cannot attend. This event will take place at the Grand Villa Casino in Burnaby. Tickets and donations here: http://bit.ly/1tgVxso 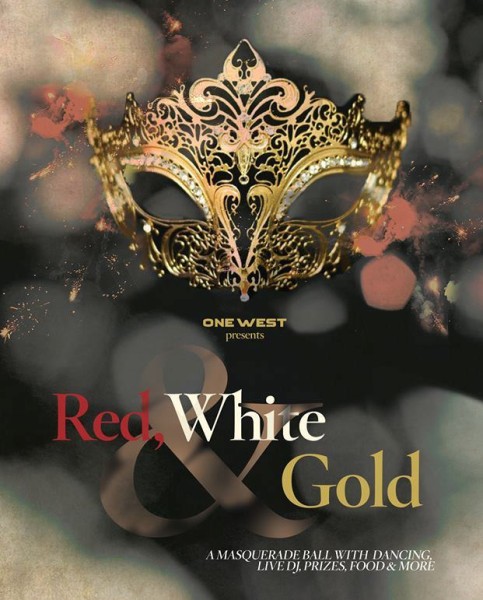