A group of religious members has asked Pope Francis to walk through Vancouver’s Downtown Eastside in hopes that his visit will bring international attention to the impoverished neighbourhood.

The letter, a collaborative effort between members of the Roman Catholic, Protestant, Jewish, Muslim and Indigenous faiths, asks for the Pope’s “message of humility, love and care for the marginalized” to be heard in Vancouver.

“Vancouver is one of the world’s most beautiful cities with much wealth – yet its urban core (the Downtown Eastside) has large, growing numbers of people who are homeless and who have mental disabilities,” the letter, written by lawyer Tom Beasley, says.

The group believes that our governments, churches and social agencies have not done enough to help eradicate the issues of homeless and mental disability pervasive on the Downtown Eastside. As a potential solution, the letter asks Pope Francis to walk through the neighbourhood and see the poverty in person, something that could start a dialogue toward resolution through “engaged leadership from residents, governments, churches and social agencies.”

If Pope Francis were to visit, the group proposes that his trip include a walk through the Downtown Eastside, breaking bread with residents and others, visiting an urban and remote reserve and celebrating Mass from a barge in English Bay surrounded by Indigenous canoes.

Read the full letter below via The Vancouver Sun. (click to enlarge) 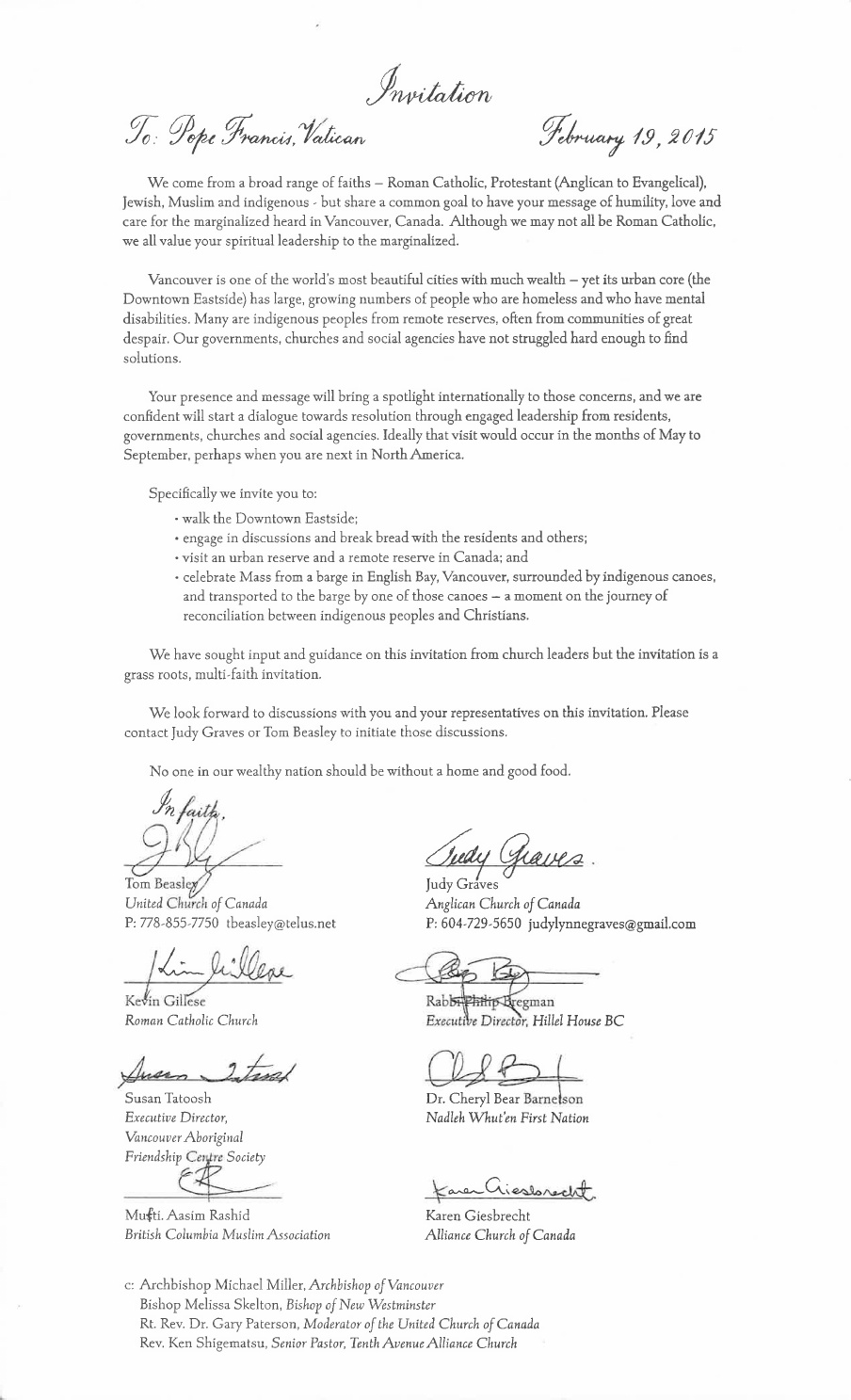