Petunia & the Vipers and Miss Quincy and the Showdown, two of Vancouver’s most fascinating bands, are co-headlining a show at the Imperial on February 6.

It’s a special occasion, not simply because they’re great musicians, but also for the reason that both are just as unique as they are talented. 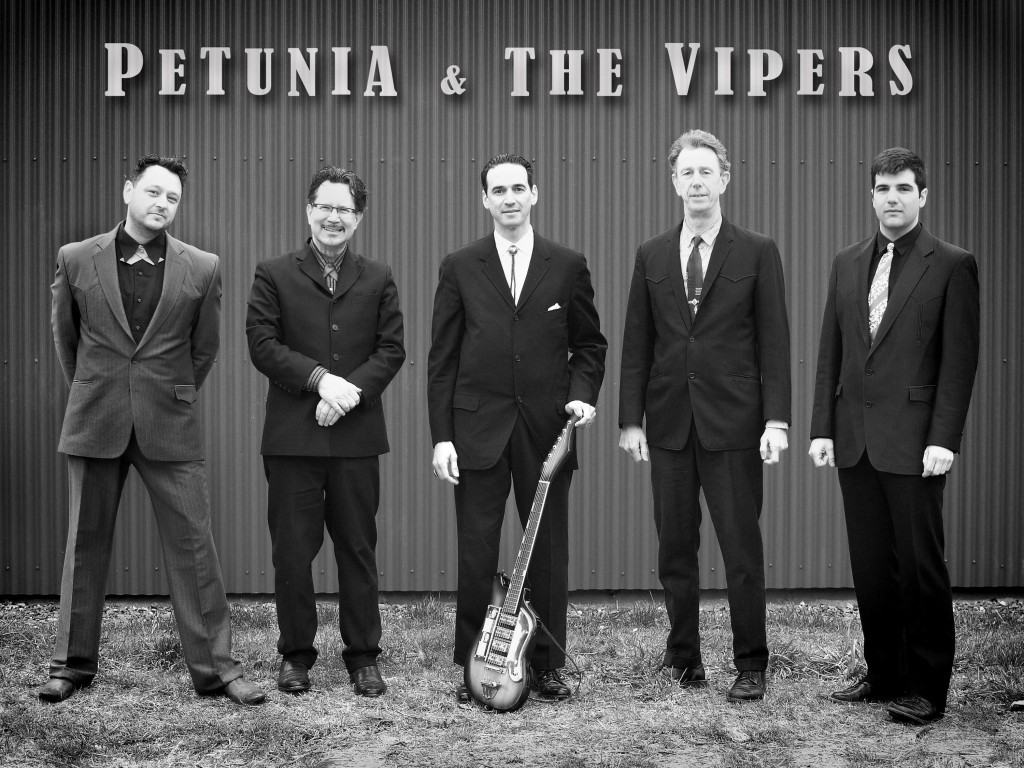 Roots and rockabilly outfit Petunia & the Vipers bridge a link between old-time and new-time with sumptuous heel-clickers that sound hauntingly familiar yet completely new. Petunia, who has been hailed as “the saviour of country music” by the Bluegrass Situation, evokes the spirit of Jimmie Rodgers with rhythmic yodelling and meandering vocals, maintaining his own singularity through his dynamic musicianship. The group (a diverse gang that includes an upright bass player and a lap steel guitarist) who released their latest effort Inside of You last year, usually plays about two shows a year at home and this one in particular marks their first in eight months. 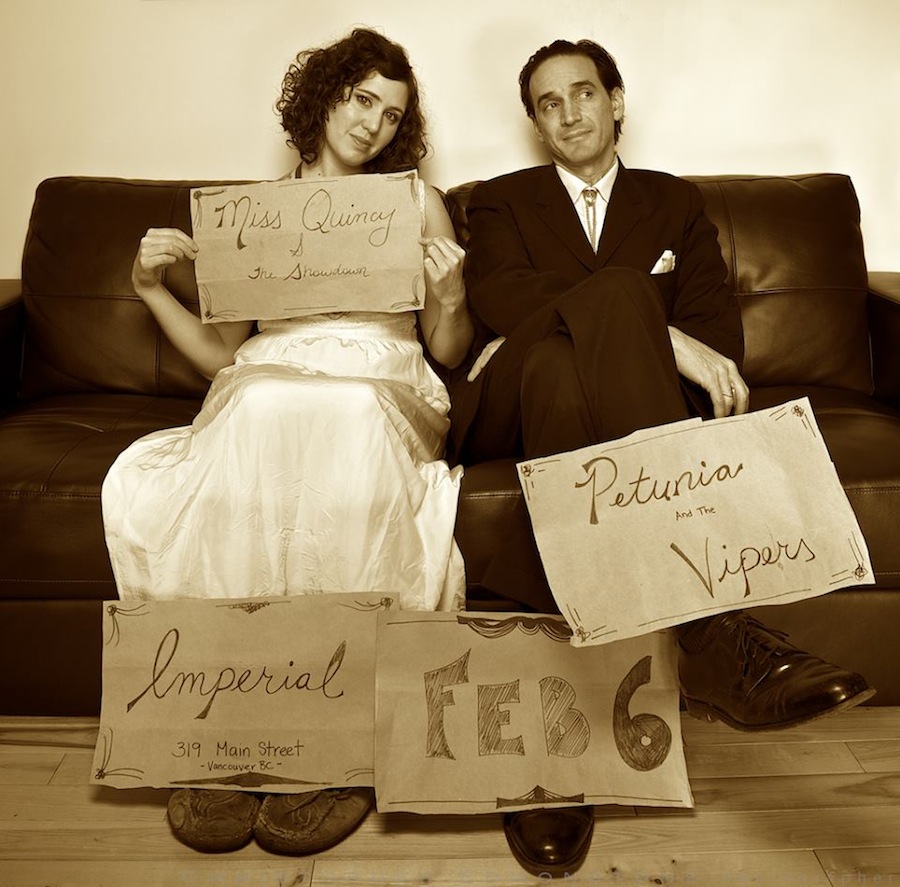 As for Miss Quincy—she’s one of the hardest-working women in the local music scene, having recorded three full-length albums since 2010 (her most recent being last year’s Roadside Recovery) and, with her all-girl band, the Showdown, making the top 12 in the 2014 PEAK Performance Project and then spending much of the year touring North America and Europe, carving out a groove for herself with her powerful brand of dirty blues. When she’s not on stage, Miss Quincy takes things to the kitchen, posting recipes on her blog inspired by her upbringing in Northern BC hunting camps. Through her alter ego, Rock n’ Roll Bush Cook, the singer will host a series of pop-up brunches at her home throughout February and March. More information can be found here.

In anticipation of their joint performance, Petunia & the Vipers and Miss Quincy and the Showdown have released a handful of fun promotions over social media, like this video.

Tickets for Petunia & the Vipers, Miss Quincy and the Showdown are available on Ticketmaster. 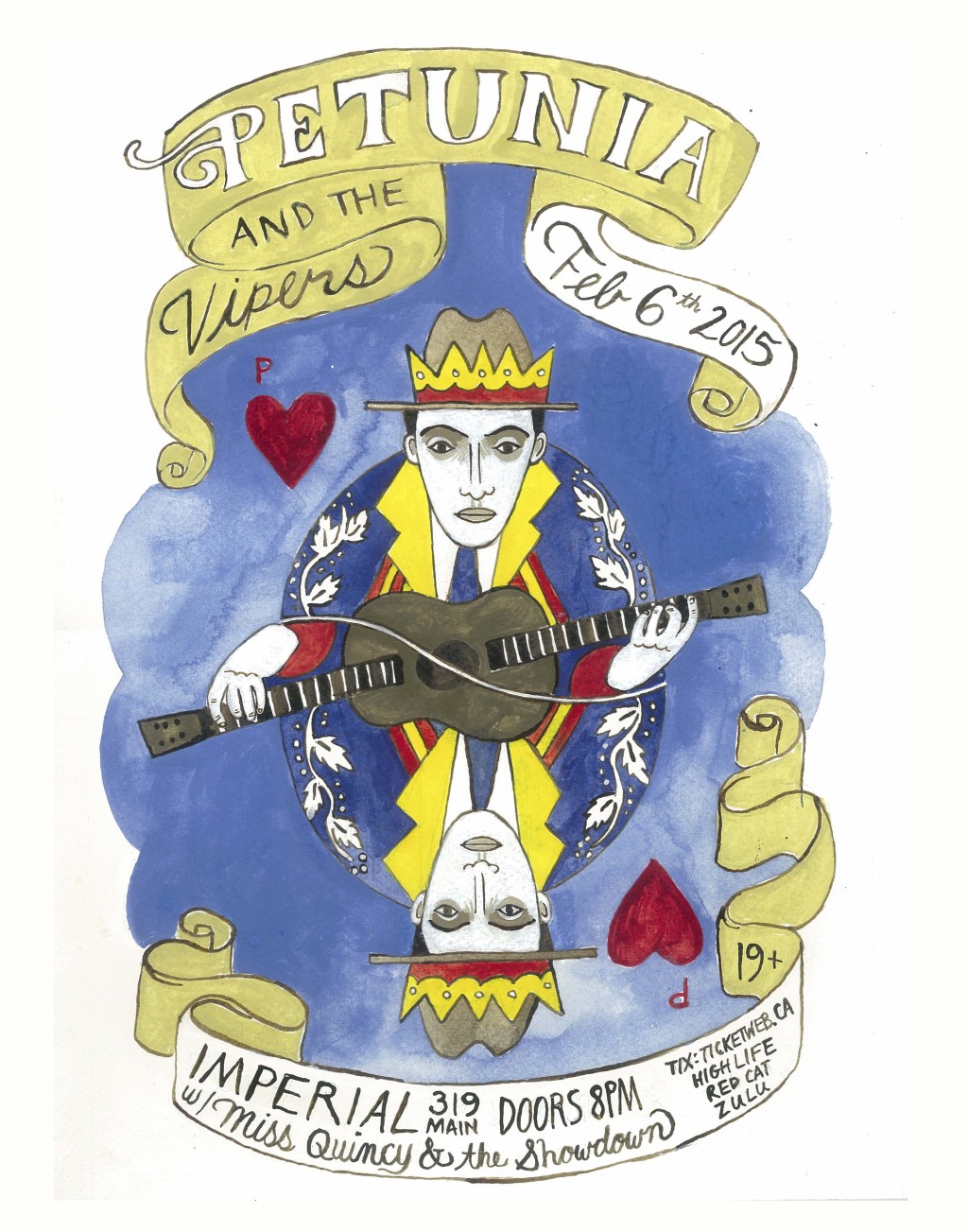