There is no question that Bikers have a rough and tumble image. Is it warranted? Maybe, but that doesn’t mean that they don’t have values and morals. Case in point are Vancouver’s own ‘Lords of Gastown.’ The Lords are quick to correct you if you call them a “Club” or a “Gang,” instead they call themselves a Church, who welcomes everyone.

The Lords have garnered international recognition from industry heavyweights such as Hypebeast, for both their apparel lines, and the custom bike collaborations they have done with Harley Davidson. As they continue to grow and cement themselves in the international spotlight, they still seem to find time to help out their community.

It doesn’t take much digging to see just how much the Lords do to help out the community. Besides being huge supporters of the “Bikers for Autism” movement, the Lords have been involved in multiple charities since inception. 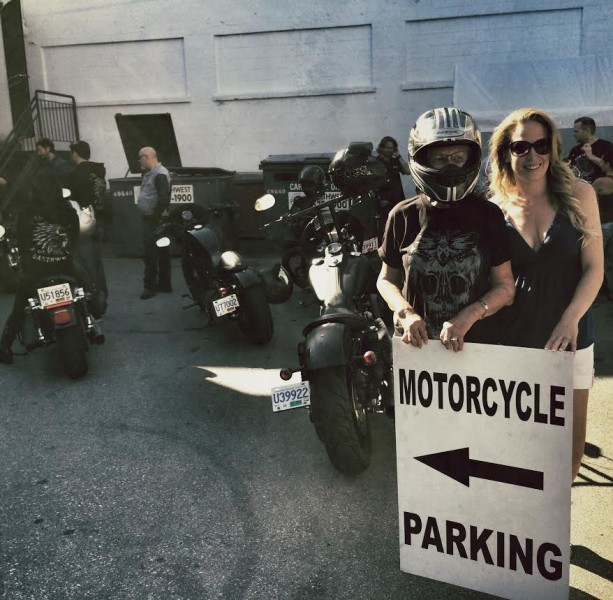 This latest story struck a nerve. Recently, a woman named Sara reached out to the Lords with a special request. Her mother Gerry, who happens to be a very special lady, as well as the backbone of her family, was recently diagnosed with a rare form of breast cancer… so rare indeed that only four similar cases have been recorded in BC to date. Gerry was diagnosed with Rheumatoid Arthritis at 13 years old, since then she’s had both her knees and hip replaced.

Sara’s request was simple. Her mother’s dream was to ride a Harley. Her mother attempted to do everything in her power to make this happen, but unfortunately because of her treatments and lingering RA issues was unable to do on her own. So Sara approached the Lords.

After several months of chemotherapy, paired with the fighting spirit of a warrior, Sara’s mother is now cancer free. On September 7th for Gerry’s birthday present, Lords Co-founder along with 30 other riders met Gerry, Sara and their whole family at the Lords Compound. Gerry hopped on the back of Nik’s Harley and rode out from downtown Vancouver out to Trev Deely Harley for the Bikers for Burns fundraiser. It may have taken 65 years, but her dream finally became a reality.

It’s stories like these that rewrite the script for bikers. To repeat a popular hashtag associated with the crew, #ThankTheLords.