This is the kind of book that will get under your skin and stay there; run through your veins and make you weep for the loss of someone you will never meet. Think, “The Notebook” but with an incurable blood cancer, less boat rides through misty lakes and more visits to the hospital, more endurance, more battles to overcome, more bone marrow, but the same love that can last a lifetime.

And so it goes…

Promising tennis players Chad Warren and Megan Williams met on the court when he was 26 and she was 16. Just a few days later, Chad was diagnosed with multiple myeloma, an incurable cancer of the blood.

While it would be more than three years and a bone marrow transplant before Chad and Megan finally kissed, it was the beginning of a love story you will never forget – and of a battle they shared and fought together.

Later, Megan would find a note while cleaning through Chad’s belongings, one that gave her permission, if not reminded her, that it was okay to tell his story. Not a story where doctors are shaking hands with patients and definitely not a dry synopsis of cancer featuring red blood cells, instead, the story of the lives that he affected, the battle that was fought and above all, the truth about cancer for Chad and Megan.

Strewn out on the floor in front of her are papers containing letters, cards, notes, blog posts. This is how she would bring Chad back to life.

I read 80 per cent of this book in two days… the last 20 per cent took me almost two weeks to finish because I knew that when it was over, Chad would die, and I didn’t want Chad to die.

The writing is full of wit and lightheartedness amidst the heavy reality. Perhaps that is what makes it bearable, that he was loved and that he laughed. Megan was able to capture true human interaction and the evolution of the heart without over-complicating the journey. It begins in a way that is relatable, falling in love, but ends with the love of her life dying in her arms.

“I get hit hard driving through the Stanley Park causeway, and that could be for nothing, it will be this moment of ‘Chad is not here anymore,’ or I could have my hands full of groceries and nobody is opening the door for me and I get angry that Chad left me here to do this,” says Megan. “It’s like lemon is being squeezed onto your heart and it cinches so bad that I don’t know where it came from, but it’s all there.”

Bending time backwards, we’re now in the hospital and Chad is alive.

“In that room, in that moment, there was no light. I was suffocated and swallowed up by darkness.”

You’re standing there with Megan, watching her; you know what she’s thinking. She’s breathing, him, barely.

“You’ve got time, Chad.” As I answered him, even my bones felt soft. “You’re not going to die tonight. Jen will be here in the morning to see you.” I promised. “I will not let you die tonight.”

The page turns and there is the date and time that he passed away.

You can feel her anger at what happened, the hesitation, the inability to put into words all of the emotion. The confusion is transparent.

“The night after Chad died, when I decided to get out of bed, everything changed, it was reality.”

Nicolle: What has moving on meant to you?

“I start writing sentences, and then I erase them. I keep checking my phone to see if that’s him calling. I start thinking and have a hard time breathing. I close my eyes and I see him. I open my eyes and I wonder where he is. The universe has stopped completely.”

“It’s more like living on: you wake up on Monday, then you have breakfast, then you go to lunch, and then you get to dinner, then you get to Tuesday. Chad would have been pissed if this had ended me, or changed me to the point of no longer being the person he fell in love with,” she says. “When they’re gone, it physically doesn’t kill you, it takes your breath away, but I didn’t die from my heart being broken, so the rest is survival. You either become a shell of the person you were, or you adjust. I’m still figuring it out, for instance, when I moved, I wondered where the photos of Chad would go.”

“Eventually, I gave him one last kiss on the forehead and left the room with my mom and friends around me.” 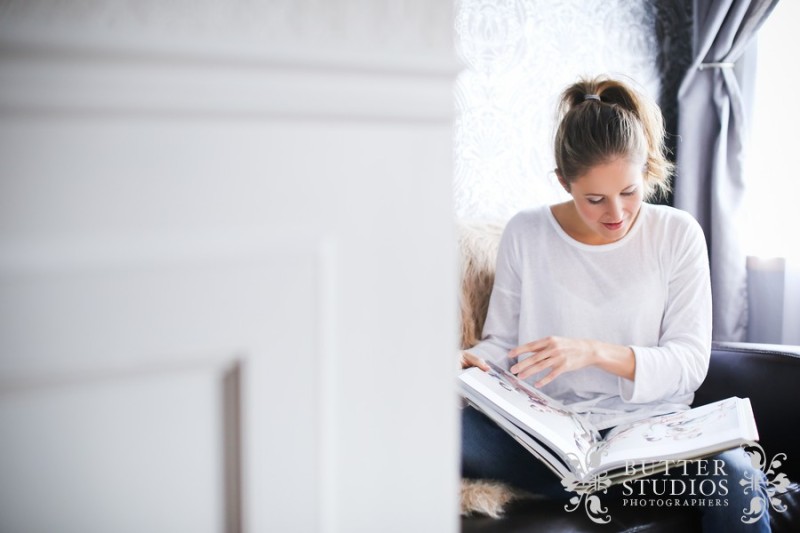 Nicolle: And you are in love with someone else now?

Nicolle: Did you almost have to go through a sense of… guilt, when you knew that?

“I didn’t start writing this book until I was already in love with someone else. My friend Eva died a few months after Chad died and I was visiting her in the hospital, asking her questions about being close to death. I said to her, “I don’t know how it will ever be possible for me to love someone again.” And she replied, “there is always just going to be more love.”

At the time I was like, ‘that sounds so poetic but I actually don’t know what you mean by that.’”

It was at her funeral that Megan met Brad and finally understood what her friend had meant.

One day while riding transit, Megan saw a woman with whip marks on her body, scars crossing her skin for the world to see, and thought about what that woman had been through.

“I can feel other people’s sadness with them…I feel sadness for other people differently. Maybe the reason why I feel like I can recover is that I haven’t had to do it alone, I have felt such great love from it all,” she said. “I don’t have scars from it, I just got more love from it.”

Chad is going to live forever, because if this book is found on a dusty book shelf 100 years from now, somebody is going to open it up and know who he was. We live as long as people remember us for.

One of Chad’s friends said it best: the crazy part is, now Chad is going to outlive us all, even though he died young.