The process to design the new and expanded Vancouver Art Gallery at Larwill Park site is well underway, but one local architectural firm wants project proponents to halt the project and consider a cheaper alternative at the existing location.

Peter Cardew Architects claims as much as 176,000 square feet of additional space can be added to the historic courthouse building by creating additional underground spaces underneath the outdoor plaza facing West Georgia Street. It includes an underground “Grand Hall” measuring approximately 300 feet long and 70 feet high that incorporates a glass ceiling from the plaza to allow natural light to stream in.

The vision also proposes to renovate the existing gallery spaces and repurpose UBC Robson Square into added space for the museum.

At the same time, Cardew’s firm says it will cost $100-million less than the Art Gallery’s $300-million proposal to relocate its facilities to a new, larger building at downtown Vancouver’s Larwill Park – a vacant city block-sized site owned by the City of Vancouver, located across from the Queen Elizabeth Theatre.

He points that other museums such as the Louvre in Paris and Tate Modern in London have expanded their museums at the existing gallery space.

However, Cardew’s plan would create an additional barrier to the relatively plaza – one of downtown Vancouver’s largest public gathering spaces.

He also argues that the courthouse building is located in a highly centralized and active area, an ideal home for the art institution, but he seemingly ignores downtown Vancouver’s gradual expansion east and beyond – towards Larwill Park. The new museum could create a new arts and cultural hub with Library Square, Queen Elizabeth Park, and CBC Studios located adjacent to the site.

When the Art Gallery vacates the courthouse, the historic structure will be repurposed – most likely for the use of another cultural organization such as the Museum of Vancouver. In 2011, Bing Thom Architects also offered a post-gallery plan to build a 1,950-seat subterranean concert hall under the North Plaza of the complex.

Earlier this year, the Art Gallery has hired Herzog & de Meuron, a Swiss-based architectural firm, to design the proposal at Larwill Park. The company has significant experience with designing architecturally unique museums and is behind some of world’s most iconic structures including Beijing Bird’s Nest Stadium and Tate Modern.

The design will be revealed next year ahead of the gallery’s planned fundraising campaign to fill a $150-million funding gap for the project. 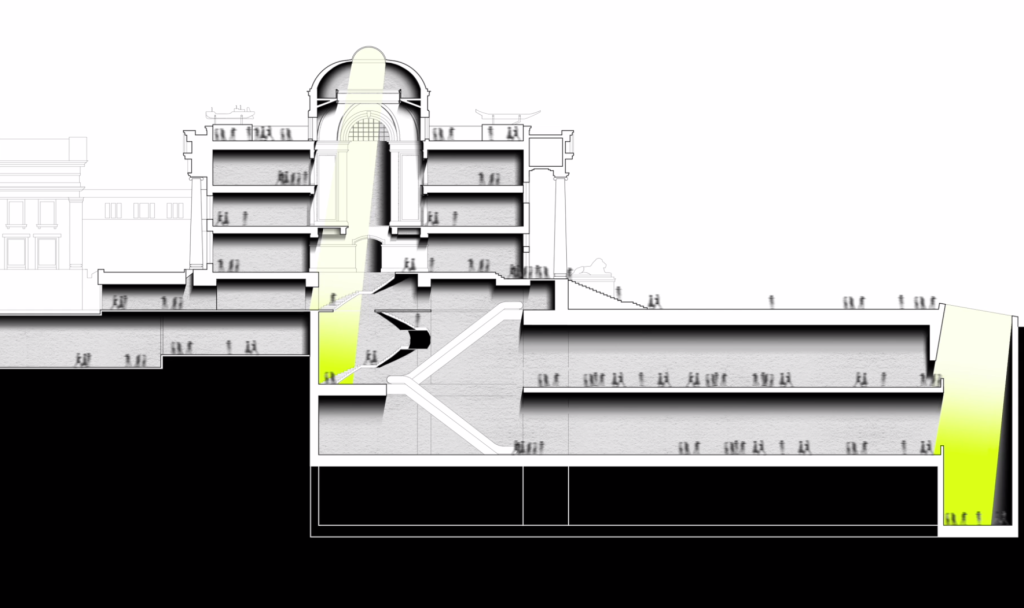 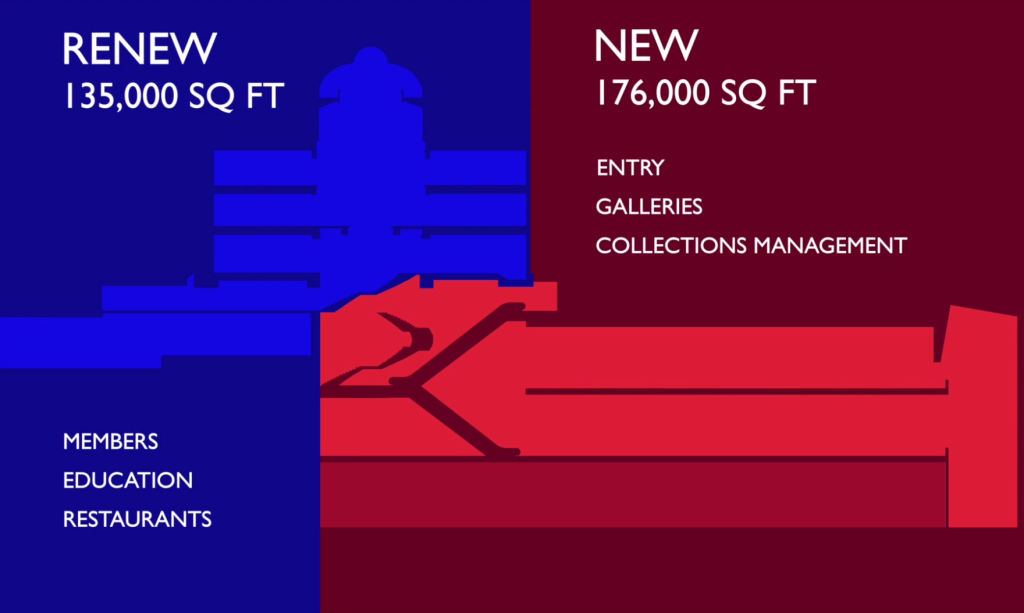 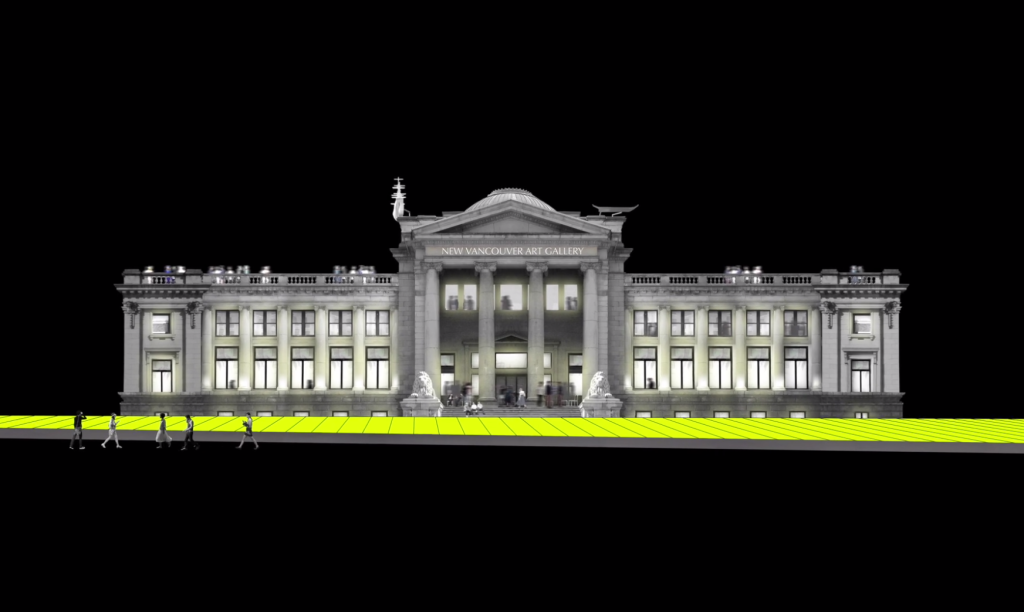 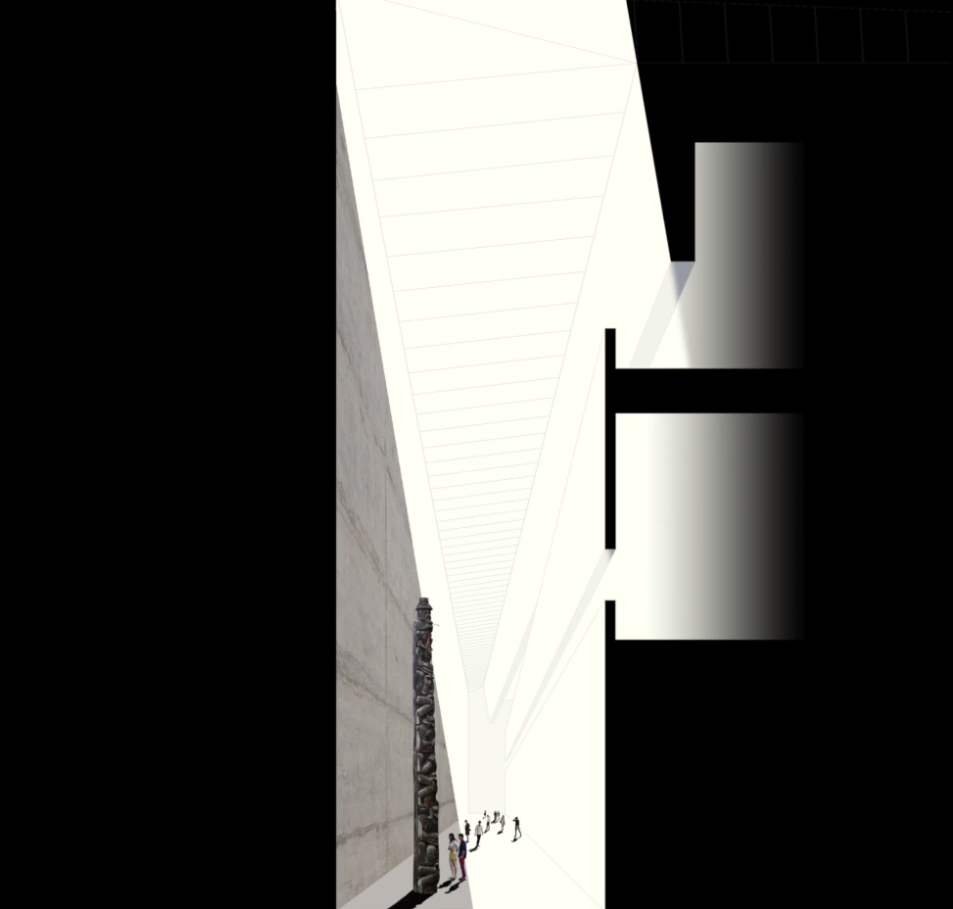