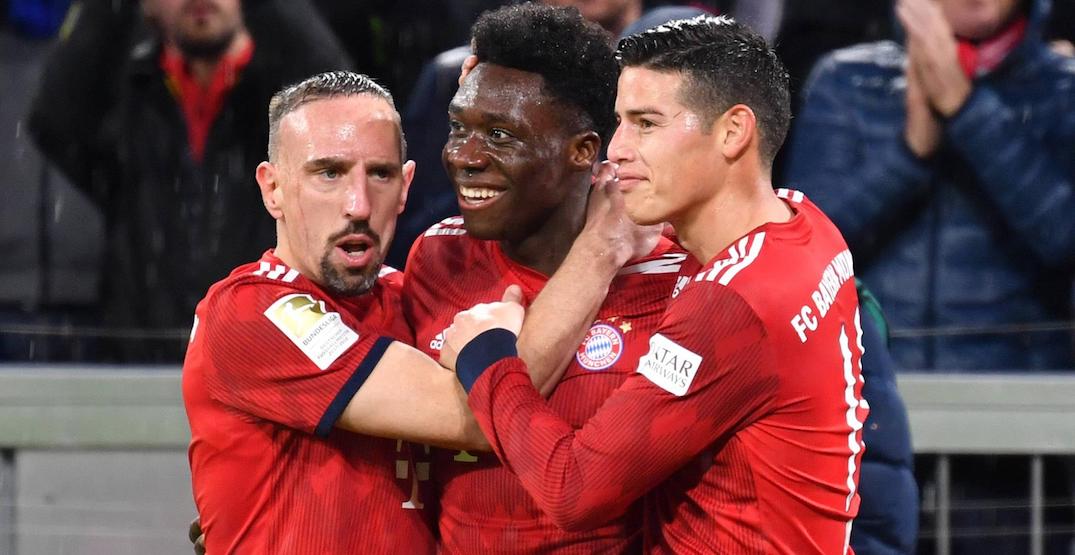 Bestonlinecasino.com is the trusted online casino guide to both new and existing players. The website provides a wealth of information to help their readers find safe and reliable gambling operators. All reviews and guides the site offers are data-driven, independent, and up-to-date.

Live sporting events are slowly beginning to restart around the world, including one of the top soccer leagues on the planet kicking off this weekend.

Germany’s Bundesliga highlights the action this weekend, restarting its season with matches on Saturday, Sunday, and Monday, all being broadcasted on Sportsnet. The league features Canadian soccer star Alphonso Davies, a former standout with the Vancouver Whitecaps who now plays for Bayern Munich.

This is the biggest weekend of live sports in over two months, with a few events to watch on television.

A total of nine Bundesliga matches kick off this weekend in empty stadiums, beginning on Saturday at 9:30 am ET/6:30 am PT. Davies and Bayern Munich play at 12 pm ET/9 am PT on Sunday.

Next up is another Fight Night on Saturday in Jacksonville, Florida, highlighted by the heavyweight main event between Alistair Overeem against Walt Harris. Prelims begin on TSN at 6 pm ET/3 pm PT, with Overeem vs Harris squaring off at 9 pm ET/6 pm PT.

NEWS: By virtue of a random draw, @keselowski is awarded the pole for Sunday’s #TheRealHeroes 400 at @TooToughToTame. pic.twitter.com/JcMahPp6FM

Instead of traditional qualification, a random draw took place, with Brad Keselowski winning the pole position. The race is the first of many NASCAR will hold without fans, as seven races are scheduled from May 17 to 27.

It may not be an official PGA Tour event, but three of the top golfers in the world will take part in a $3 million skins match for charity.

The Taylormade Driving Relief features the likes of Rory McIlroy and Dustin Johnson teaming up against Rickie Fowler and Matthew Wolff. McIlroy and Johnson are playing for the American Nurses Foundation, while Fowler and Wolff compete for the CDC Foundation.

The event is taking place at Seminole Golf Club in Juno Beach, Florida and can be seen on CTV beginning at 2 pm ET/11 am PT.